Former WWE star Marty Jannetty has reacted to being stopped by security at an airport amid a media frenzy after claiming he fabricated an apparent murder decades ago, insisting he told the shocking tale for wrestling purposes. 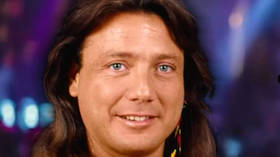 Jannetty has backtracked on a worrying Facebook post published last week, in which he appeared to reveal to fans that he had “disappeared” a man who attempted to molest him after he tried to buy marijuana at a bowling alley when he was 13.

The 60-year-old deleted the story after a police investigation was launched in Georgia and he was stopped while he boarded a flight, insisting that he “did not murder that man” and calling his previous post the “beginning of a damn wrestling storyline”.

The Columbus, Georgia Police Department had said they were planning to check the details published by Jannetty against missing person and unidentified remains cases in their records.

“All major news outlets worldwide jumped on this story,” said Jannetty, who formed half of the “Rockers” tag-team alongside WWE legend Shawn Michaels.

After receiving messages from around the world, he said he had thought: “What the f*ck is happening right now? Holy s**t, I didn’t even give them the cake yet.

Jannetty claimed that he had been singled out for questioning by police and transport security chiefs, resulting in him being pulled from a line while waiting for a flight between Atlanta and Boston.

“[Security staff were] mostly laughing and getting autographs,” he said, explaining that they had told him: “We’re sorry, we have to – you’re red flagged.”

“Sadly now, we’ll not get to do that storyline,” he said. “He was to redeem himself by serving justice on me to earn back his stripes.

“I mean, I wanted to call the good people at the Columbus Police Department and tell them, ‘nah nah, don’t waste taxpayers money nor your valuable time…it was a just a wrestling storyline.

“Looking back, I should have done a few things differently. I should have called the CPD first and told them what was up. But that’s how I do it. It may be old-school, but it works, doesn’t it?

“When was the last time [WWE] grabbed worldwide news like that? Let me answer: never.”

This is not the first time that Jannetty has run into trouble on Facebook. On Monday, a post he made claiming that it was hard for white people in the US to tell which black people would “rape, rob, pillage and kill us” led to an outraged response.

He also admitted that he feared being remembered as “the guy who wants to f*ck his daughter” after hackers put a post on his page in which he appeared to make that claim.

Jannetty said there had been “some truth” in the original story that had caused his latest uproar, explaining that he had bought weed from a gay man in their car at the front of the bowling alley they’d both worked at.

He went on to allege that his teenage friends “went for the hustle” by fellating the man in exchange for $40, adding: “He subtly reached over and touched me down there.

“I said, ‘nah nah, let’s get back to work.’ We got out and went back to work and remained friends. He never touched my d*ck and balls again, so we was good.”

Columbus Police did not immediately respond to a request for comment, but TMZ Sports reported that law enforcement were keeping the investigation open.