Paris Saint-Germain are sweating over the fitness of Kylian Mbappe after he was forced off in tears during the first half of their French Cup final win against Saint-Etienne following a horror tackle which sparked a mass melee. 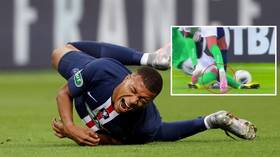 PSG beat their rivals 1-0 in front of partially-filled stands at the Stade de France as football formally returned to France after a four-month Covid-19 hiatus.

However, the win was marred by a sickening tackle on Mbappe in the 26th minute by Saint-Etienne skipper Loic Perrin.

The 21-year-old’s ankle was seen contorting disturbingly as he fell, in a challenge which sparked a melee and saw Perrin handed a straight red card following a review.

Mbappe limped off in tears although the World Cup winner later emerged for the trophy presentation on crutches.

During the ceremony, Mbappe was overheard telling French President Emmanuel Macron that his ankle “went crack” during the tackle, but that he did not think anything was broken.

Scans on the injury were reportedly scheduled for Friday night as the prolific young striker faces a race to be fit for PSG’s Champions League quarter-final against Italians Atalanta on August 12. 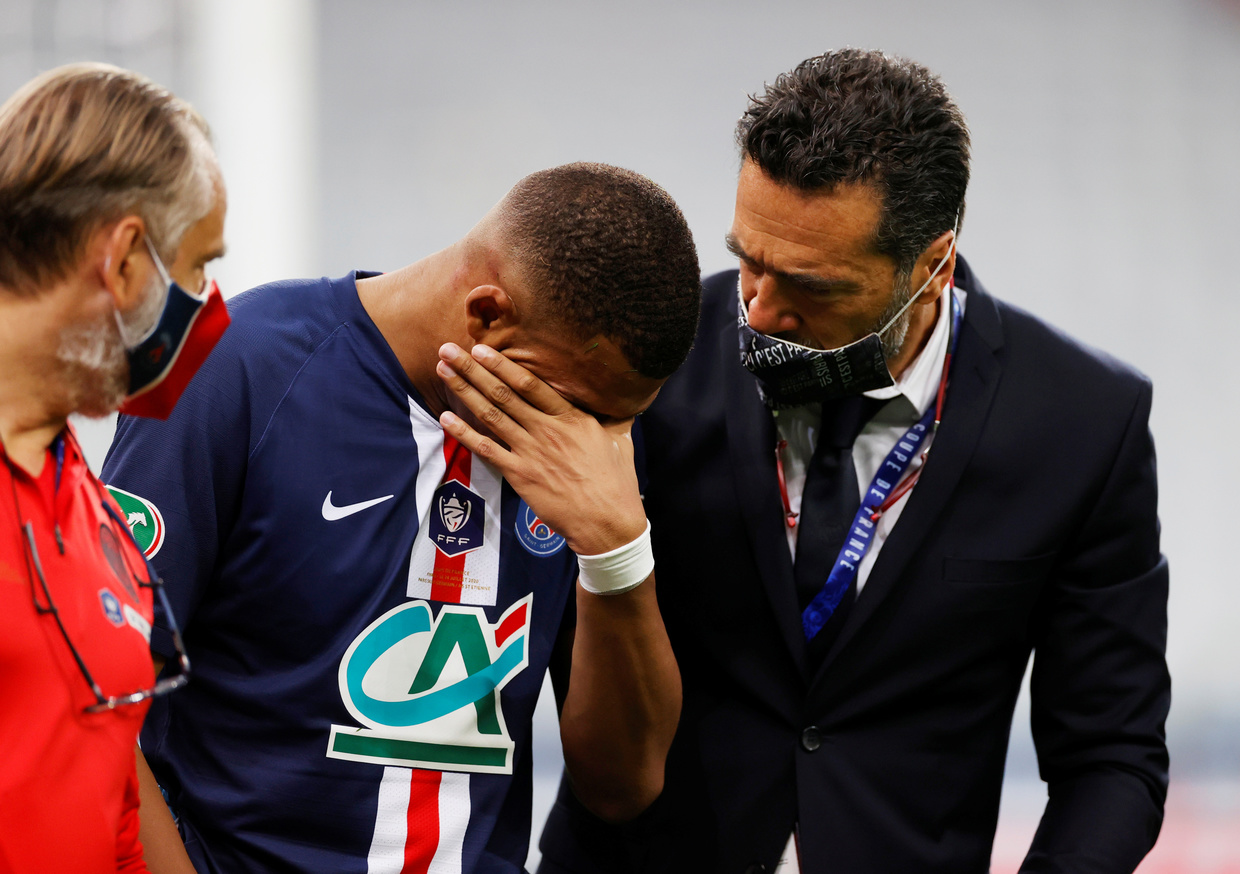 “Everyone is worried. Everyone who saw the foul is worried. Of course I’m worried,” said PSG coach Thomas Tuchel after the match.

“We have to be patient because we don’t have any news. I think he will undergo tests tonight.” 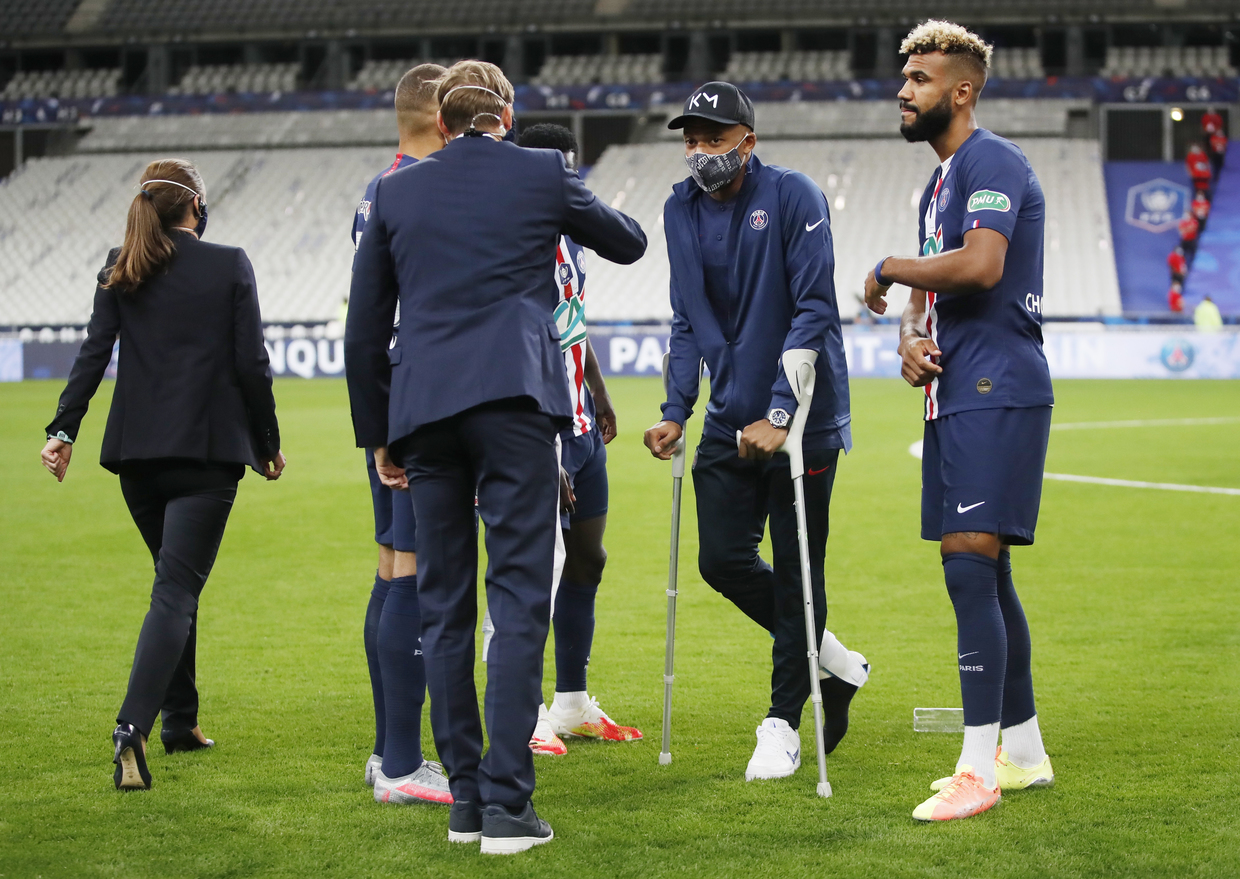 Mbappe did at least take to social media to express his delight at adding yet more silverware to his collection, posing with the trophy and writing: “I love this feeling.”

PSG sealed a domestic double thanks to a 14th-minute goal from Neymar, having already been awarded the Ligue 1 title when the season was curtailed due to the coronavirus pandemic.

I LOVE THIS FEELING 🏆 @PSG_insidepic.twitter.com/y2i3x7Z4xF

Friday’s game in Paris welcomed a limited number of fans to the Stade de France as football formally returned for the first time in four months.

PSG now turn their attentions to Olympique Lyonnais in the League Cup final on July 31, but they are almost certain to be without Mbappe for that game.

They then travel to Portugal to take on Atalanta in their one-off Champions League quarter-final in the revised final-stage format for this season’s European club showpiece.