Wildfires have submerged sports stadiums in dark orange around California, where ash has fallen from the sky, with Major League Baseball bosses have compared the scenes to films such as ‘Apocalypse Now’ and ‘The Book of Eli’. 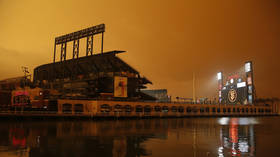 The floodlights at the 62,000-capacity Oakland Coliseum had to be turned on in the afternoon as the blazes that have been raging across the state – started by lightning last month and devasting huge swathes of land – created the incredible panorama.

MLB team the Oakland Athletics still managed a 3-2 home win against Houston Astros as Athletics manager Bob Melvin called the glow over the area “like being in a dome.” 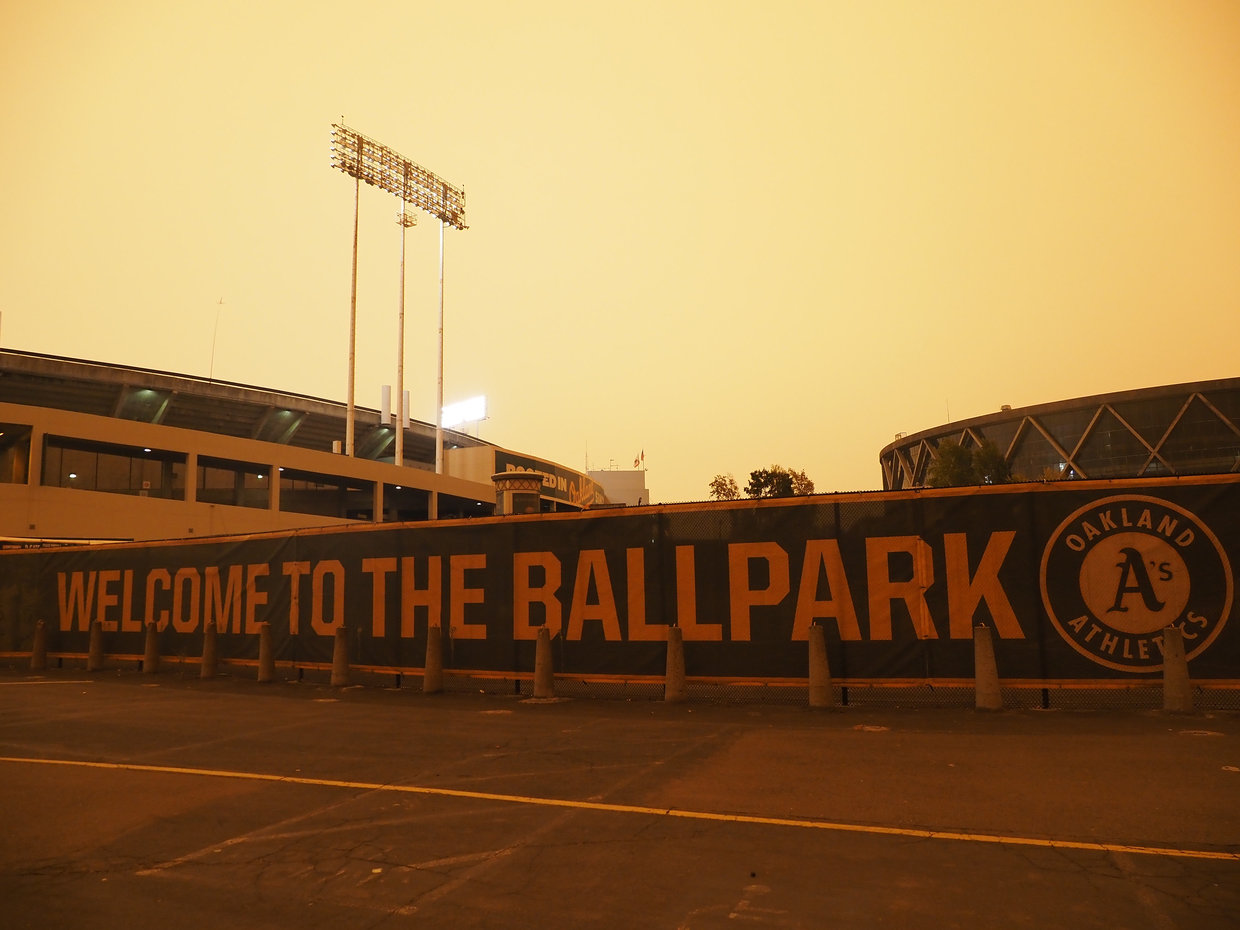 “The lights were on when I first got here,” he said. “It has been dark out there all day. I have a white hat on today – see what color it is when I come in afterward. Little experiment on my behalf today.”

Astros manager Dusty Baker, who owns homes in the region, said the players had discussed air quality and safety against a backdrop that reminded him of the Jimi Hendrix song ‘The Sky is Crying’.

“We don’t know if it’s going to have impact or not,” he admitted. “I’ve seen it before and I’ve talked to everybody at home and they said they’ve never seen it this bad this long. 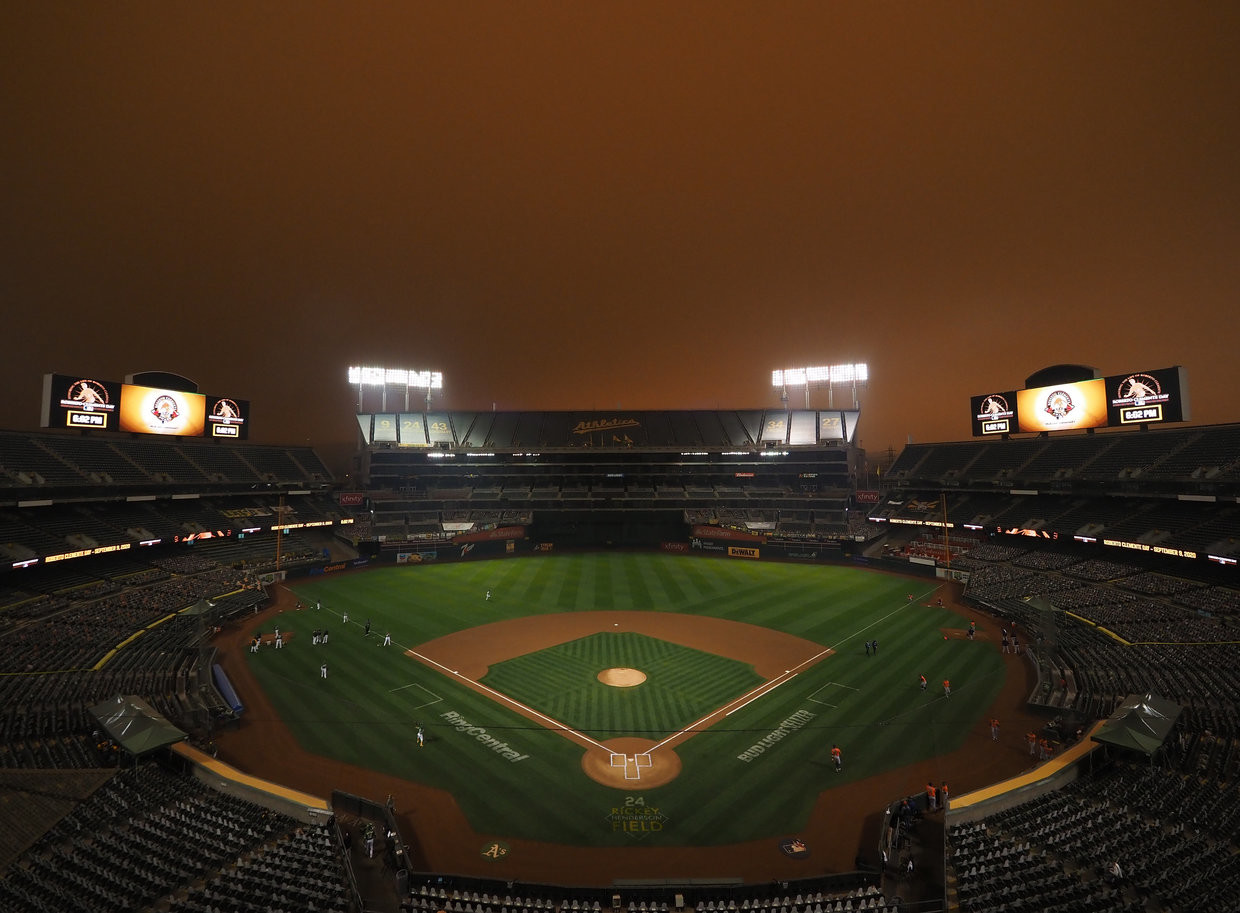 “There are fires all over the West Coast here. I thought I was going to go outside and see Marlon Brando in ‘Apocalypse Now.’ It’s just a strange and eerie feeling.”

In South Beach, players could smell smoke and chunks of ash fell from the sky as the San Francisco Giants hammered the Seattle Mariners 10-1 at the darkened Oracle Park.

Despite the ominous atmosphere, the air quality was reportedly well within the healthy range within which matches can be held.

“My understanding is that the air quality is OK,” said Giants manager Gabe Kapler said. “Walking onto the field today was certainly different, in the middle of the afternoon and having the sky look a little bit dark.”

Cars were covered in gray dust and NFL team the San Francisco 49ers were also affected as they practiced at their Santa Clara facility in the South Bay.

Photos from outside the Giants’ and Athletics’ stadiums, where CA wildfire smoke and strong winds have turned the sky an eerie orange. pic.twitter.com/cqbuyt2xTa

“I feel like I’m in the Book of Eli,” said coach Kyle Shanahan. “It’s like an apocalyptic state out there, but surprisingly the air quality doesn’t seem as bad as it looks.”

A faint smokiness was said to have lingered in the air for at least two weeks locally, but this was the first time that the sun had not been seen rising.