JAKE PAUL has reacted to Tyson Fury’s warning to “keep his girlfriend on a leash” ahead of their fight on December 18.

Next month, Paul will fight Tyson’s brother Tommy Fury in Florida, putting their undefeated records on the line.

And during a press conference earlier this week, Tyson was on the defensive when asked about the impact of him and the rest of the Fury family moving to America.

When we’re in Florida, lock up your women and hide your men.”

Now Paul has retaliated against the WBC champion with a hilarious TikTok video of his own.

The video begins with Tyson warning the YouTube star about his girlfriend and the Fury’s impending arrival in the United States.

Paul then pretended to be concerned about Tyson and the rest of his family before calling out to Julia Rose, his girlfriend.

“Babe, T is coming to town, Tyson Fury,” Jake says as she enters the room.

“You have to hide in the suitcase because he’s f*****g everyone,” she says.

It makes no difference; he’s f*****ging everyone in Florida.

Just get into the suitcase; you have to hide here.

This is a serious situation.”

Paul then zips his girlfriend into the suitcase, but part of the clip is obscured by a wall, indicating that she does not actually get in.

He then acts as if he has lost control of the suitcase, panickingly throwing it around the room.

After Tommy Fury’s father, John Fury, slammed Paul with a vile rant during a pre-fight press conference, Jake and Tyson got into it.

“You’re aware that Tommy knocks you out, aren’t you?” he asked.

“He’s going to do your girlfriend like a dog.”

“I’m going to tell you the truth about what you’re going to get.”

Jake’s fame stems largely from his YouTube work, whereas Tommy rose to prominence after appearing on Love Island in the United Kingdom. 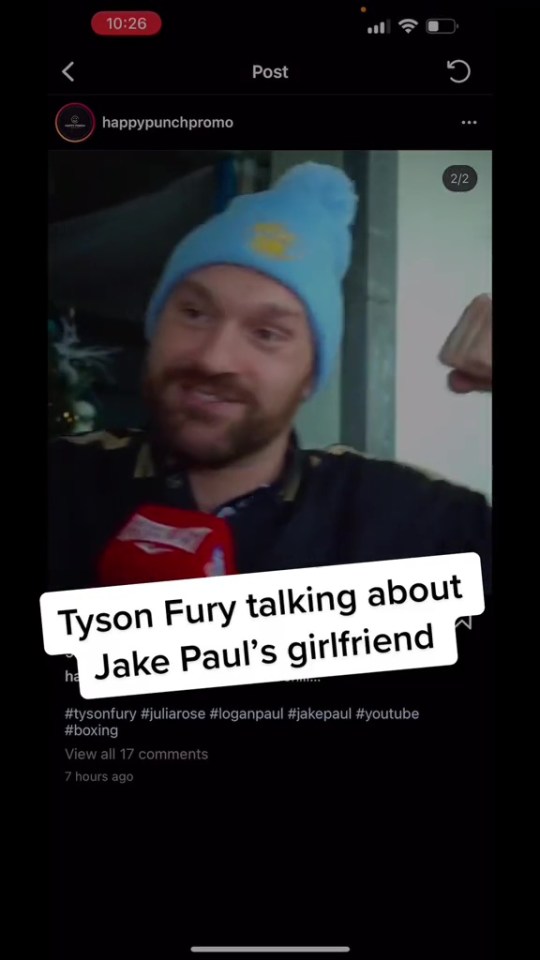 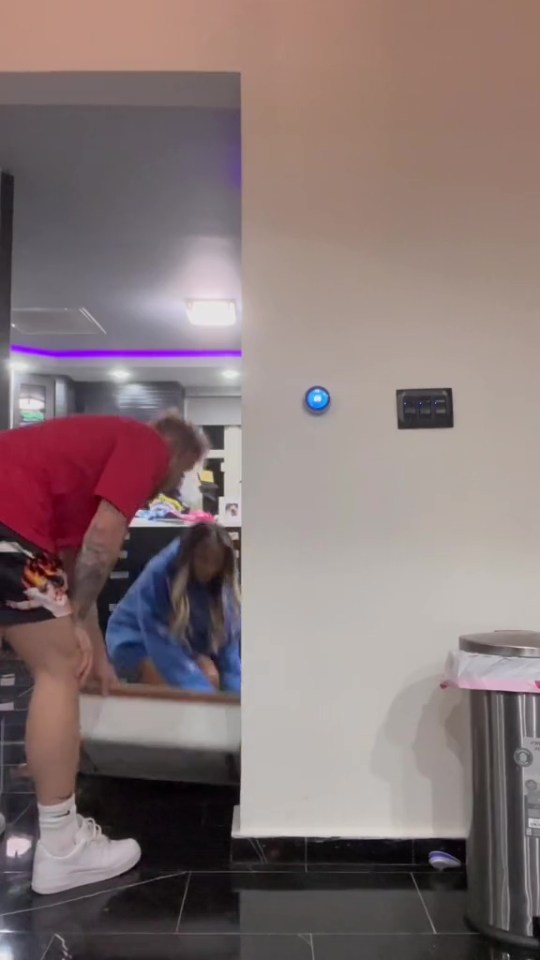 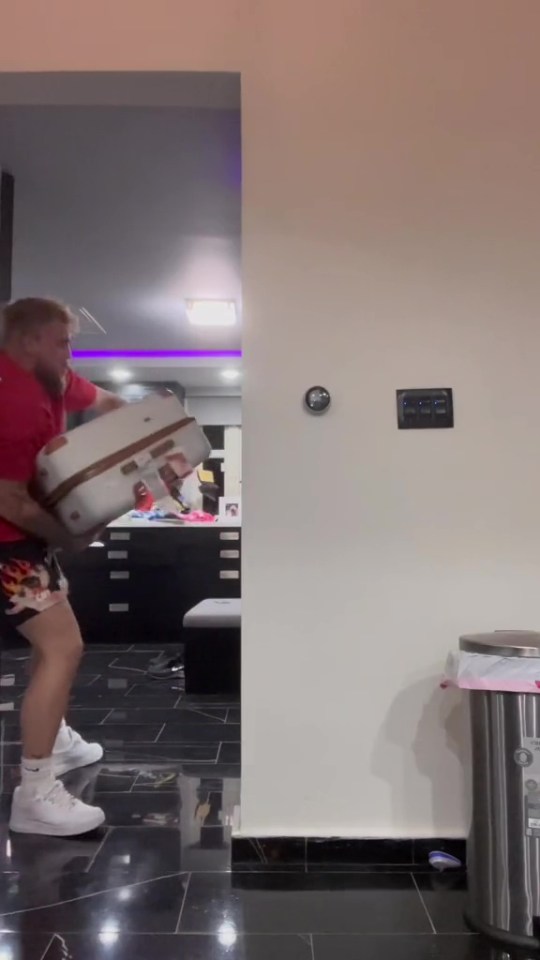