It was party time for Juventus players and staff after they sealed a ninth straight Serie A title by beating Sampdoria on Sunday – with star man Cristiano Ronaldo and manager Maurizio Sarri among those letting loose. 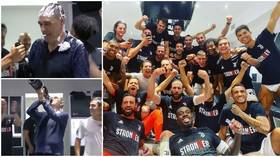 Juve beat Sampdoria 2-0 in Turin thanks to a first-half strike from Ronaldo – his 31st league goal of the campaign – and a finish by Federico Bernardeschi 25 minutes from time.

While Ronaldo rattled a late penalty against the crossbar it did little to affect the result as the Bianconeri picked up the three points they needed to clinch the Scudetto with two games to spare.

The party started on the pitch and continued in the dressing room, where five-time Ballon d’Or winner Ronaldo posted a picture with his jubilant Juve teammates while flashing his well-sculpted thighs. 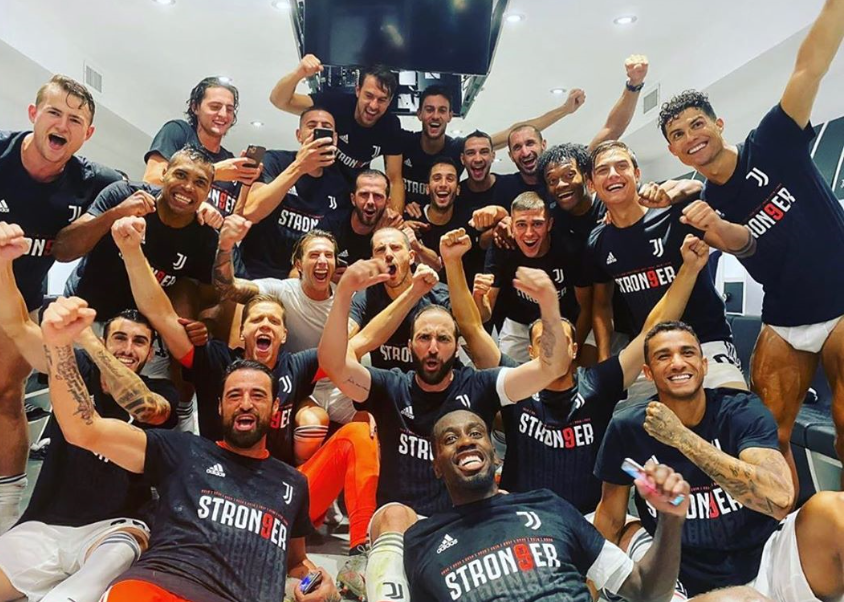 The 35-year-old star dedicated the Serie A title – which is his second since joining Juve – to fans of the Turin giants who have been forced to watch the denouement to the season from afar due to the Covid-19 pandemic.

“Done! Champions of Italy,” Ronaldo wrote in Italian on Instagram.

“Delighted for the second consecutive championship and to continue building the history of this great and splendid club.

“This title is dedicated to all Juve fans, in particular to those who have suffered and are suffering from the pandemic that has taken us all by surprise by overturning the world.

“It was not easy! Your courage, your attitude and your determination were the strength we needed to face this tight final of the championship and fight to the end for this title that belongs to all of Italy. A big hug to you all!”

Ronaldo’s spurned late penalty meant he missed the chance to edge closer to Lazio frontman Ciro Immobile in the race for the Capocannoniere, with the Italian on 34 goals for the campaign.

The prolific Portugal star will now have two remaining games to make up a three-goal deficit. 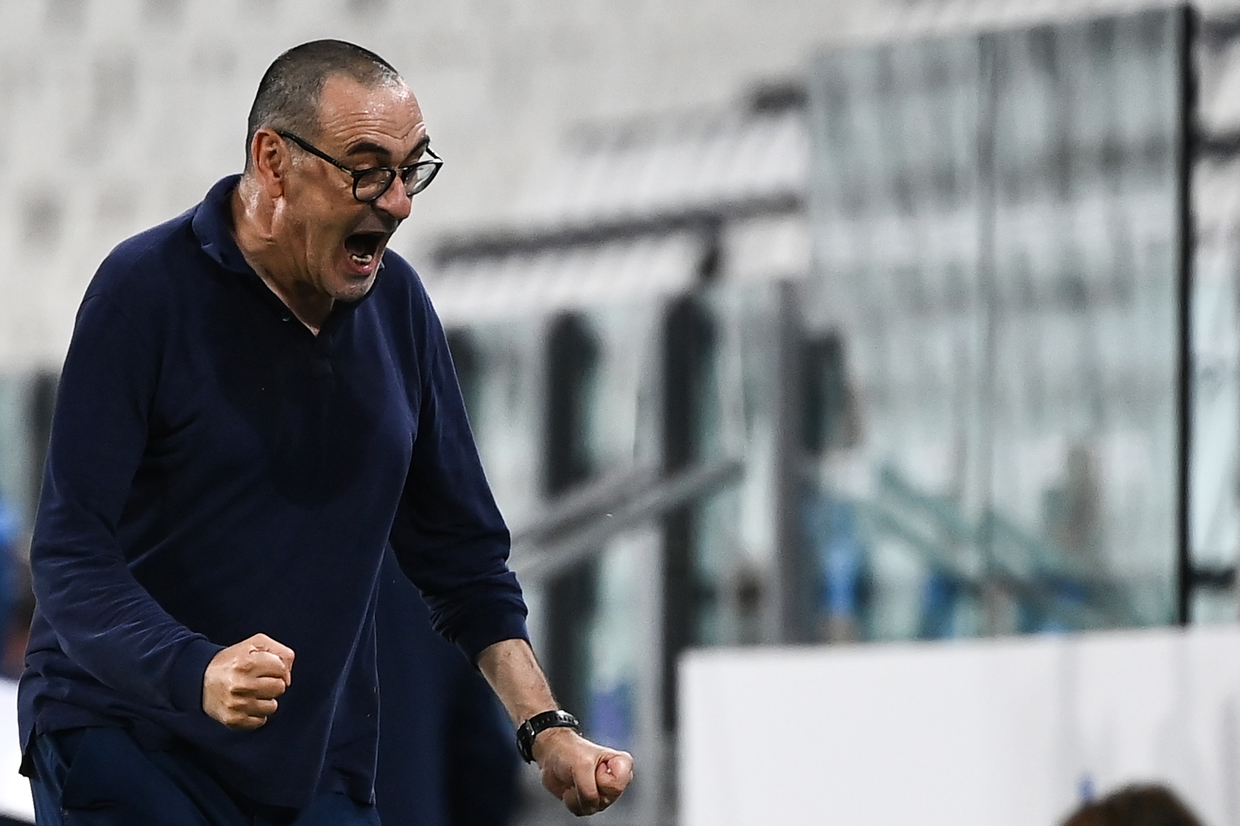 The 61-year-old Italian used to be the man pursuing Juventus at the top of the table while manager of Napoli, but on Sunday night became the oldest manager ever to win the Serie A title.

Sarri was seen with a customary cigarette in hand during the celebrations before being covered in foam by his Juve charges and then glugging on a giant bottle of champagne (being careful to keep his cigarette intact).

He reportedly joked with the team that they deserve additional plaudits for winning the title under a manager like him.

Sarri in the dressing room: “If you guys won under me then you really must be good.” LOL

With a ninth successive title, Juve fans and the club’s hierarchy have grown used to domestic dominance, meaning Sarri’s future this summer could be decided by performances in the Champions League, where Juve must overcome a 1-0 deficit when they host Lyon in their last-16 second leg on August 7.

Before then, Juve meet Cagliari and Roma in Serie A, but with the title now safely wrapped up.