Former world heavyweight title challenger Danny Williams, who recorded an historic upset by knocking out Mike Tyson in 2004, told RT Sport that Roy Jones Jr will get “seriously hurt” by ‘Iron Mike’ in their November exhibition. 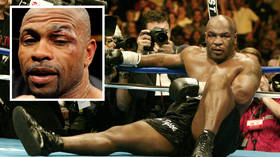 Williams shocked the boxing world when he floored a faded Tyson for the full count when the pair met in Louisville during the career twilight of a fighter once considered ‘the baddest man on the planet’, and took on 40-year-old debutant and Bellator MMA heavyweight Sergei Kharitonov in Khimki, Russia on Friday.

At 47, Williams was well past the form that saw him hammer Iron Mike, and was himself KO’d by a barrage of shots from the 280-pound Russian in slightly worrying fashion, when a finishing shot behind the ear forced him to stagger back and disengage and the referee waved off proceedings. 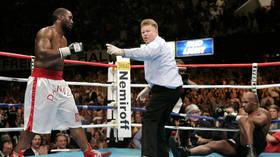 After the fight, Williams told RT Sport that he was finished, but was respectful of Kharitonov, who had made his entrance to the ring accompanied by a dancing bear and, admittedly, had exceeded the London-based fighter’s expectations.

“I’m finished as a fighter, have been for many years,” Williams, who has a record of 54 wins and 29 losses, said. “The show was good,” he added, about the promotion in Khimki Basketball Center, in the Moscow region.

“[Kharitonov’s] better than I thought. Fights with great boxing experience,” he said of his opponent.

When asked about his prediction for the November 28 exhibition fight between his former foe Tyson and ex-pound-for-pound number one and multiple weight world champion Roy Jones Jr., Williams was adamant the fight was ending only one way.

READ MORE: ‘Be ready’: Roy Jones Jr insists he WILL NOT pull out of Mike Tyson fight despite hitches with deal (VIDEO)

“I think Roy is going  to get seriously hurt,” Williams said. When asked if his fight forecast was on his experience of being on the receiving end of punches from one of the division’s heaviest hitters, he replied: “Yeah, and Roy is a natural middleweight.” 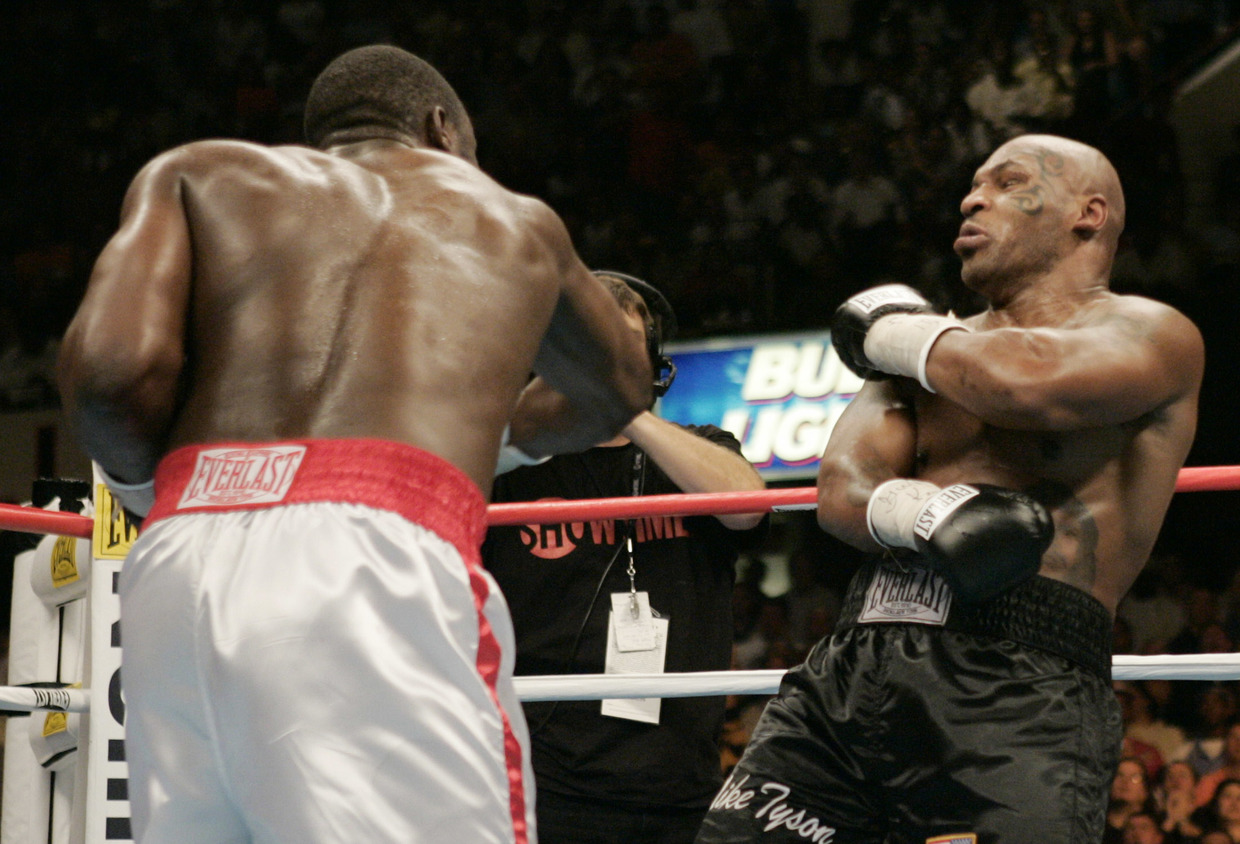 Tyson announced his comeback against former undisputed light heavyweight king and one-time heavyweight belt holder Jones Jr. in July, but many fans and experts have already expressed their concerns that Jones may be in danger of serious harm, despite Tyson’s advanced age, 54.

Fifty-one-year-old Jones Jr. is the more active of the two, having had his last fight in 2018. Despite representing the USA as an amateur in the 1988 Seoul Olympics, where he controversially won silver and during the heyday of his professional tenure, Jones Jr. also holds Russian citizenship, granted to him by Russian president Vladimir Putin, on account of having fought and promoted shows in the country at the latter end of his career.

Back in 2004, and almost two decades after ‘Kid Dynamite’ exploded onto the heavyweight scene as a hulking teenage menace, Tyson’s battles in and out of the ring had taken a considerable toll on the former champ when he took on little-known British underdog Williams.

The ‘Brixton Bomber’ was little known outside of domestic circles, having won the British and Commonwealth titles during a respectable 31-3 career, and was considered a punchbag for the faded but dangerous Tyson, who was coming off a highlight reel first-round KO of Clifford Etienne, having teamed up with legendary trainer Freddie Roach, following his own knockout defeat to the legendary Lennox Lewis. 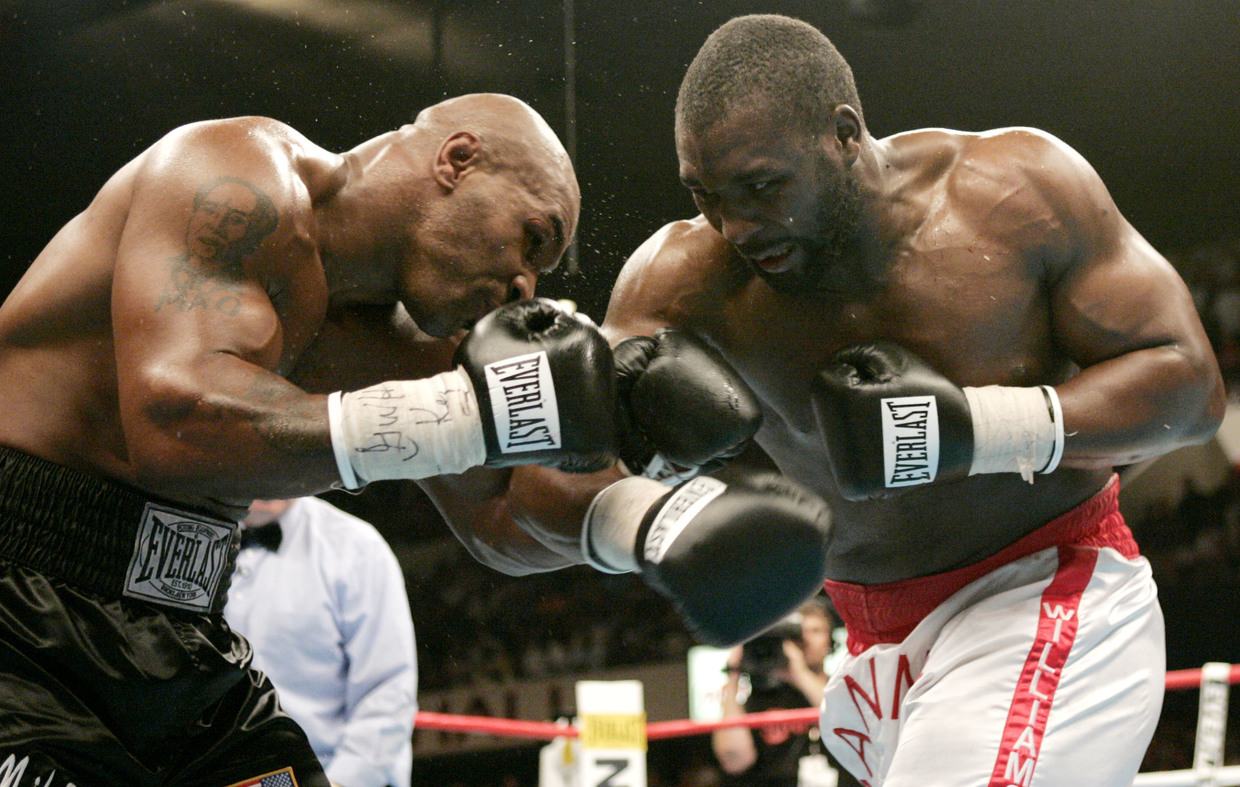 Despite losing every round at Freedom Hall State Fairground in Louisville, Williams surged late in the fourth with a flurry of unanswered punches that sat Tyson onto the ropes. A dejected Iron Mike seemed resigned to defeat until eventually lumbering to his feet but ultimately failing to beat the referee’s count.

A world title shot for Williams followed his heroics against WBC champion Vitali Klitschko, but he was defeated by a technical knockout loss, later going on to recapture the Commonwealth and British titles.

Tyson fought one more time, against equally-unknown Irishman Kevin McBride, and again lost by sixth round retirement in what was the last fight of his career, bringing to an end one of the most iconic heavyweight careers of modern times.