Serena Williams’ coach, Patrick Mouratoglou, has hinted that the six-time champion could overcome not having her daughter at a heavily restricted US Open in order to target glory after an “extremely difficult” break from tennis. 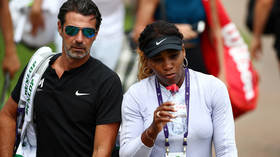 Women’s number one Ashleigh Barty, men’s number one Novak Djokovic and reigning champion Rafael Nadal have been among a succession of stars voicing doubts about whether they would play at the tournament under proposed new rules for players, while Mouratoglou has warned that veteran Williams would struggle to go a day without seeing her daughter.

The Greek-Frenchman would be the obvious candidate as the sole allocated member of Williams’ entourage under rumored plans for the tournament, but he has not ruled out the 38-year-old making an emotional sacrifice for up to a fortnight in New York in pursuit of a 24th Grand Slam title.

“For a player to be out of competition is extremely difficult. So the US Open will be a first opportunity to win one.

“There’ll be a lot of restrictions and I have to speak with her to see if she will be able to accept and manage those expectations.”

Djokovic labeled the proposed measures, which include no crowds and limited travel off the court by players, as “extreme,” and Barty spoke of her safety concerns about traveling to a country where there have been more than 428,000 deaths as a result of the coronavirus.

Williams will not have played a competitive match for almost six months by the start of August, which is the earliest timeframe in which the official tours will be allowed to resume.

She capped an injury-troubled year by reaching the final of last year’s event but has not won the competition since 2014 and is without a Grand Slam triumph since lifting the Australian Open title in 2017.