Serena Williams’ army of online fans still reckon their girl to be the GOAT despite the American losing another chance to equal Margaret Court’s actual greatest of all time Grand Slam record haul of 24 titles. 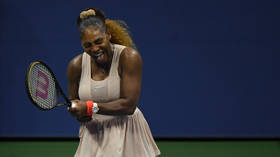 Serena blew a one-set lead, having powered home past two-time Australian Open in the opener 6-1, and after losing the second, injury caught up with the 23-time Grand Slam champ.

After Belarusian Azarenka pulled one set back, the match went into a decider, but an achilles injury hampered Serena’s ability to keep a grasp on the match, and Azarenka produced an ace on match point to see off the match and record her first ever major victory over Williams.

I just wanted my Osaka/Serena rematch… jesus fix it #USOpenpic.twitter.com/4cg4t3PvZl

That meant the Minsk-born player set up a final with Naomi Osaka, the 2018 champion, and had a chance to avenge her losing final efforts at Flushing Meadows in 2012 and 2013.

Nevertheless, Serena’s disciples have decided that despite being one Grand Slam behind Aussie great Court and two from setting a record herself, the 28-year-old is in fact the greatest of all time, and accused commentators of bias for having the gall to… commentate, on her injuries.

Serena Williams is still the 🐐 and it will be a long time until any athlete matches her success.#USOpenpic.twitter.com/O88FQHtfy4

Serena lost her match and I say farewell to the #UsOpen as I’m a Serena fan not a tennis fan pic.twitter.com/WveO6qTuns

These commentators questioning Serena’s injuries. They really don’t hide how biased they are 🙄#USOpenpic.twitter.com/shIfxRi0mc

Even some media outlets got in on the act and openly revealed they were rooting for a Serena-Osaka final, without much credit given to Azarenka, a former world number one and two-time Grand Slam champion who was enjoying a purple patch in what many considered the twilight of her career.

Japan’s Osaka, who also halted Serena’s charge for a 24th Slam by winning the 2018 final, booked her place in this year’s showpiece match at Flushing Meadow by beating Jennifer Brady.

Finding out Serena Williams lost in the US Open pic.twitter.com/Uj5QaqUSWQ

Serena has been in the US Open semifinals in four different decades. That’s not greatness. That’s well beyond greatness.

serena lost, no one talk to me for 2-3 business days pic.twitter.com/tgSda7urem

No one said it was ever gonna be easy. Serena will get to 24. It just won’t be this time.#USOpen

Serena did however clear up any doubt she would play in this year’s French Open, claiming she is “definitely going to Paris” to compete at Roland Garros.

“I’m very grateful for this opportunity, to be able to play such a champion in a semifinal. The road to the final requires you to beat the best players, and today was definitely that day,” the 31-year-old Azarenka said in her on court interview.

Serena: Overstretched her achilles but said it had no impact on the match. Plans to go to Paris. “I started really strong. Then she just kept fighting. She just changed and started playing better and better. Maybe I took a little too much off the gas pedal at some point.”

“Hopefully this inspires women to go after their dreams. I feel like you can’t always identify yourself as just one thing, because we have many things we can do in our lives.

“A parent is the most important thing I can be in my life, but I’m also a tennis player, a fighter on the court. I want to go after my personal dreams, to inspire my child. I hope women around the world know they can do anything. Being a parent is the toughest thing, so once you can balance that, you can do anything.” 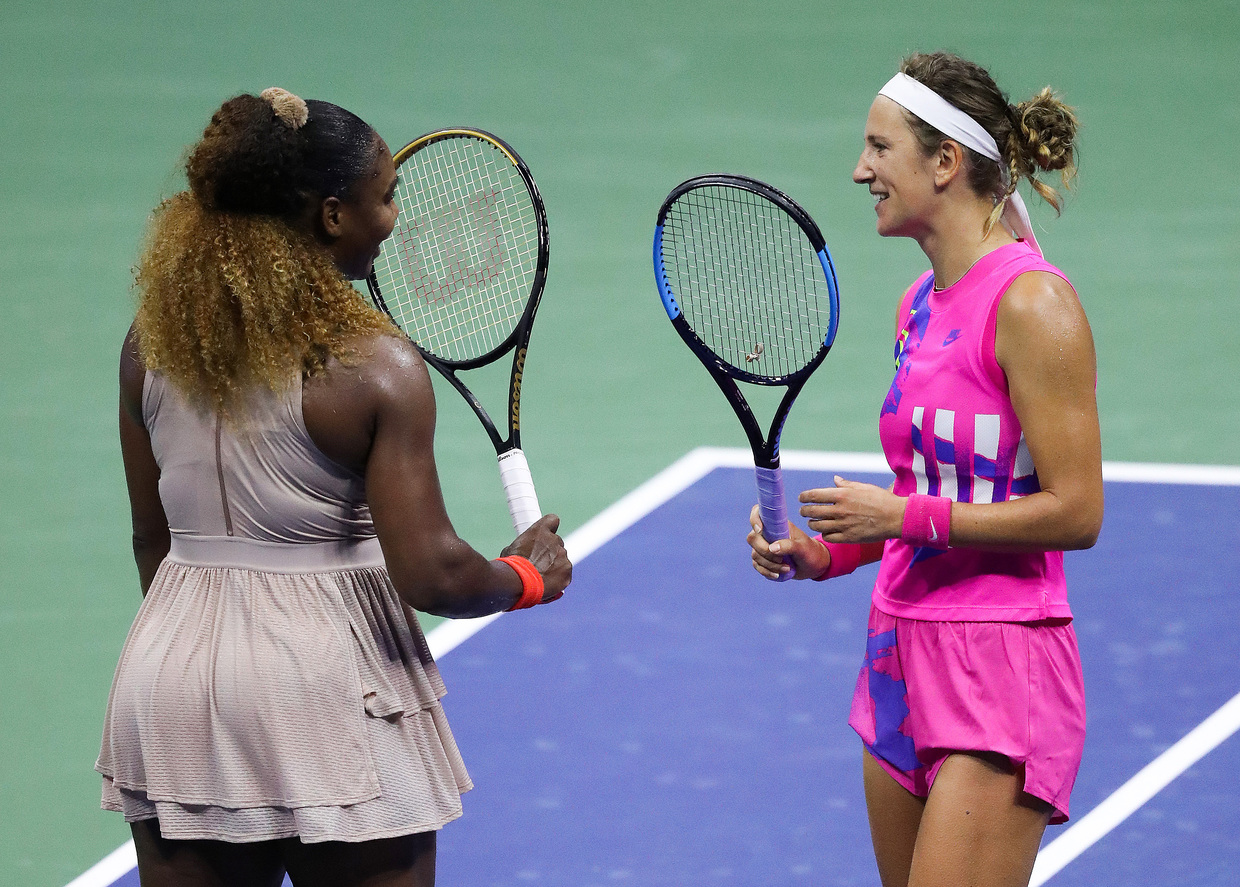