UK rapper and fitness guru Zuby claims society’s “demand for racism outstrips the supply” in an interview with RT Sport after England rugby announced it will review the use of ‘Swing Low, Sweet Chariot’ as its unofficial anthem.

The Rugby Football Union (RFU) announced it would review the singing of ‘Swing Low, Sweet Chariot’, which has been adopted by fans at Twickenham, the home of England rugby, as an unofficial hymn that can be heard being bellowed out before and during games.

However, the RFU took issue with it being sung by those “who have no awareness of its origins or sensitivities” and are seeking to educate those who choose to air its lyrics at games.

The song dates back to 19th century USA and was written by enslaved man William Wallis and his wife Minerva, and its composition is said to reflect life in the slavery and oppression of that era.

“Look, none of this stuff was offensive until three weeks ago,” Zuby told RT Sport. “This is the thing, right? So whether you’re talking about Swing Low, Sweet Chariot, or you’re talking about Paw Patrol, or Uncle Ben’s rice or Aunt Jemima pancake syrup, all of these things, all these TV shows now that they’re editing and canceling. Nobody was upset by this stuff a month ago.

“So I think people are creating false outrage. People are wanting to, I don’t know, it feels like the demand for racism outstrips the supply. You know, people are looking for it in places where you’re trying to just make things racist because you kind of want to.”

The RFU are also reviewing merchandise that may use the lyrics, but Zuby insists the view that the song would somehow glorify slavery and be detached from its original meaning is a “dumb interpretation” of why it is popular, preferring the method of polling those of the demographic that could be the target of any offense. 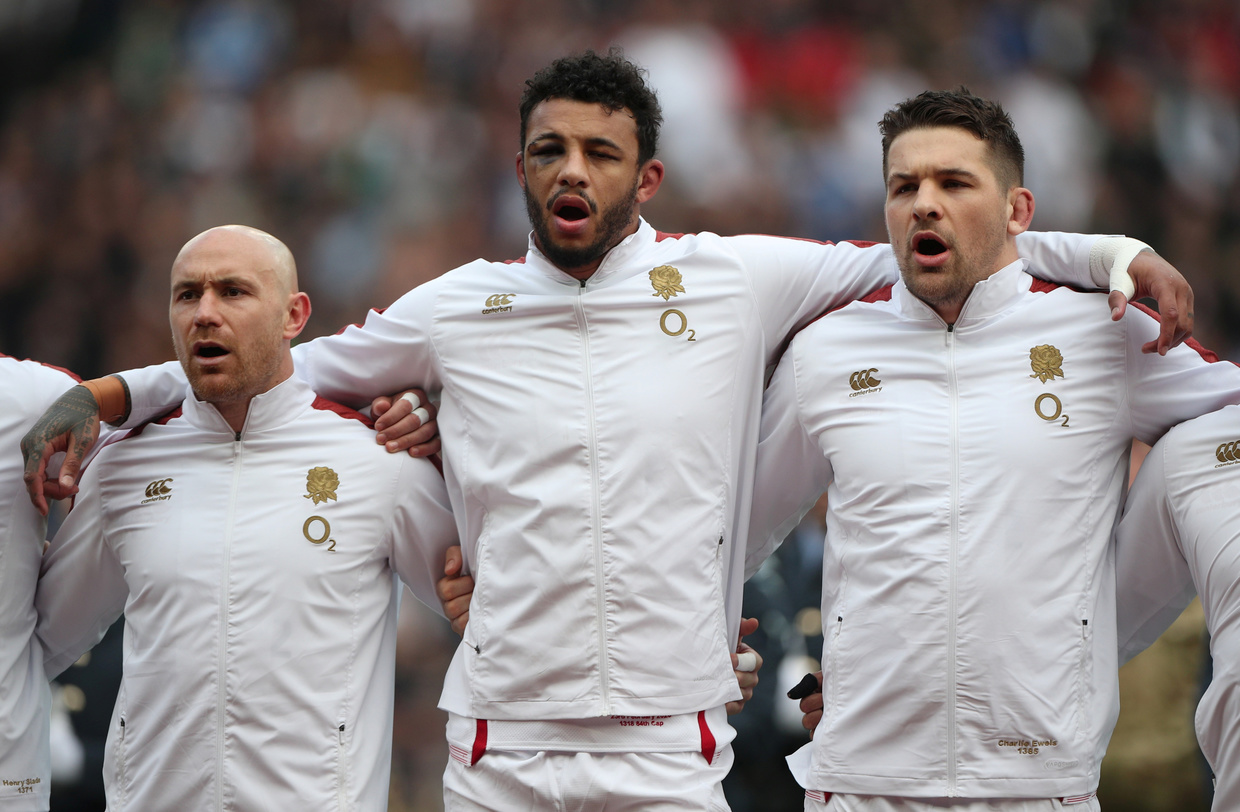 “You’ve created this narrative that we live in this horrible, evil, racist society,” he said. “And so you’re now going after things that are that are innocent and innocuous right? And people aren’t singing that song at rugby matches, because they are trying to glorify slavery or suggest that slavery you know, like it’s such a dumb interpretation. It’s such a stupid take.

“And I think everyone knows that that’s why I think it’s disingenuous. I don’t think it’s honest. I don’t think people are like, okay, we genuinely believe that this is going on. And you know, how many black people have even been asked about this right?

“If you want to talk about the people who are supposed to be supposedly offended, right? Why don’t you actually poll people right and you want to talk to people and say, okay you are in the demographic that apparently, this could potentially be offended by, what are your thoughts?

“Right, let’s see, let’s ask a million people like, what do you guys what do you actually think? And I don’t know the numbers, but I would be very, very shocked if anything close to even a majority of people had any kind of issue with it.”

One notable opponent to the song being banned is popular former rugby union and rugby league player Martin Offiah, about whom the song was supposedly first sung in 1987 by fans in honor of the lightning fast, try-scoring winger.

I keep hearing about how biological men don’t have any physical strength advantage over women in 2019…So watch me DESTROY the British Women’s deadlift record without trying.P.S. I identified as a woman whilst lifting the weight. Don’t be a bigot. 😂 pic.twitter.com/dYRraHCB42

Offiah, who made five appearances for England and 33 for Great Britain, was born in London to Nigerian parents and was nicknamed ‘Chariots’ in a reference to the film Chariots of Fire. Although he said he believes the song shouldn’t be banned, Offiah advocated for promoting knowledge of the song’s history among fans who sing it.

Following the killing of George Floyd in police custody in Minnesota and the swathes of protests that have gripped the USA and UK, corresponding measures have been taken across sport to tackle racism and promote diversity.

The English Premier League has implemented an initiative which sees players of each team wearing Black Lives Matter printed on the back of their jerseys and take breaks in games to kneel during play in a show of solidarity with the movement.