IOC chief Thomas Bach has followed up on the organization’s postponement of the Tokyo 2020 Olympic Games by leaving the door open for a spring games, as he confirmed the rearranged Games before the end of summer 2021. 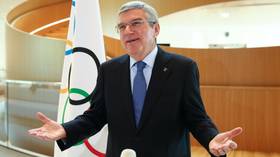 Speaking on Wednesday, Bach said that sacrifices and compromises would need to be made to ensure the rearranged Games goes ahead as planned.

But he also predicted that he and the IOC, together with their stakeholders, will complete, “a beautiful jigsaw puzzle and wonderful Olympic Games.”

“Our mission is to organize Games and make dreams of athletes come true,” he said, before reiterating the IOC’s stance that the rearranged Games should take place before the end of summer 2021, though the actual date would not be fixed to the summer months. That leaves the door open for the Games to be held earlier in the year, if necessary.

After much pressure from overseas governments and sporting organizations, the IOC, in agreement with the Japanese government, finally came to the decision to postpone the Games until the summer of 2021 at the latest.

The decision came as a big blow to the IOC, who were widely criticized for not responding faster to the growing coronavirus pandemic, and to Japan, who invested $12 billion into the staging of the Games.

Now the IOC and Japan will continue their efforts on a soon-to-be-determined timeline as they attempt to get the Olympic Games back on track for 2021. The IOC’s coordination commission will now look to determine that new timeline and move plans forward once more.