TRANSFER NEWS is picking up with the domestic football season on the verge of reaching its conclusion.

And the official dates are now in! The window will open on July 27 and close on October. Yes, that’s in under a week!

Defensa Central claims Jose Mourinho is eyeing up a reunion with the versatile right-sider as he looks to bolster numbers in his squad.

Real may even be willing to loan Vazquez as he does not feature in any future plans.

Chelsea must meet Jan Oblak’s £109million release clause if they want to sign him this summer.

The Daily Mail claims Atletico Madrid will not entertain negotiations for their star man.

Oblak is widely regarded as the best goalkeeper in world football.

And Chelsea will have to pay his full buyout if they want him to replace Kepa Arrizabalaga.

According to Le10 Sport, United are preparing to make a move for the Senegalese star after being linked during his Everton days.

But the Red Devils are yet to make a concrete offer for the experienced midfielder, who turns 31 in September.

The 18-year-old has joined the Bees’ reserve side on a two-year deal with the option of a further 12 months.

Hockenhull had been at United since he was nine years old and featured 22 times for the Under-18s side over the last few years.

A United club statement read: “Everybody at Manchester United would like to wish Ben well for the future following his departure.”

TalkSport claims the ex-Brighton and Newcastle gaffer Hughton met with City chiefs after emerging as their top choice for the role.

And Hughton agreed to take charge from the start of next season, nearly three weeks since Lee Johnson was axed after missing out on the play-offs.

The Old Trafford stopper had yet another horror show in the 3-1 FA Cup semi-final loss against Chelsea.

Man Utd fans called for De Gea to be dropped after being beaten too easily for all three of the Blues’ goals.

Solskjaer has repeatedly defended his No 1 but even he lost patience on Sunday, saying De Gea should have saved Mason Mount’s shot “100 times out of 100”.

Some supporters have pleaded for on-loan Sheffield United keeper Henderson to replace the Spaniard between the sticks next season.

And according to the Manchester Evening News, Mourinho is also an admirer of Henderson, having briefly managed him at United.

Jamie Carragher reckons Chelsea will not compete for the league title unless they ditch under-par keeper Kepa Arrizabalaga.

He told Sky Sports: “Chelsea won’t go any further unless they change their goalkeeper. Going back to how important goalkeepers are I look at this Chelsea team and there’s a lot I like about it, it does remind me in a lot of ways the position Jurgen Klopp was in a couple of years ago.

“He’s done as much as he can, yes Frank’s still in his early stages but those big signings can completely transform you as a team.

“I still think Chelsea need a defender, you see how many goals they’ve conceded.

“I think a lot of that is down to the goalkeeper being totally honest.”

Birmingham City have RETIRED Jude Bellingham’s No22 jersey after he left the club.

The 17-year-old is off to Borussia Dortmund, but the club want to take his number off the shelf forever.

Graham Potter has ruled out selling Ben White to Leeds.

Defender White, 22, has shone on loan at Elland Road this term where he has helped Marcelo Bielsa’s side win promotion back to the Premier League.

The Championship champions would love to keep him permanently but Potter wants the ex-Newport and Peterborough loanee back at the Amex next term.

Former Swansea chief Potter said: “He’s our player, he’s got a long contract with us. I’ve known Ben for a while. I’ve been aware of him. I wanted to sign him at Swansea. I know about his qualities.

“He’s a fantastic player who has done brilliant with Leeds and helped them get promotion. That’s fantastic for them and him.

“But he’s our player and we’re really looking forward to working with him.”

HAVET’ IN THE BAG

The Blues have been leading the race for the Bayer Leverkusen midfielder who is regarded as the brightest young talent in Germany.

And ex-Manchester City ace looks to have confirmed that deal is now done by letting it slip during his first press conference as a Bayern Munich player.

Sane said: “It‘s good for Chelsea, that they signed two German top talents with Werner and Havertz this summer.”

Chelsea boss Frank Lampard has been at pains to avoid speaking about Havertz while his side continue their battle to secure Champions League football.

One-time Manchester United target Thiago Alcantara is preparing to complete his move to Liverpool, according to reports.

The Spaniard has reportedly ‘said goodbye’ to his Bayern team-mates and the two clubs are locked in discussions over a transfer fee.

According to Munich’s Abendzeitung, the former Barcelona midfielder sees his future at Anfield and is seduced by Jurgen Klopp’s vision for the club.

He could walk away from the Allianz Arena next year for nothing but Bayern are determined to get the most they can for him this summer, but there is unlikely to be a bidding war.

Ole Gunnar Solskjaer is ready to “purge” the Manchester United squad this summer, according to reports.

United looked tired in their 1-1 draw with West Ham last night and have three days’ rest before their do-or-die Premier League clash against Leicester City on Sunday.

Solskjaer made only tow substitutes during the 90 minutes, with first-choice right-back Aaron Wan Bissaka coming on for Timothy Fosu-Mensah.

And Odion Ighalo came on for Marcus Rashford in the 85th minute.

According to the Telegraph, United are looking for a winger, a midfielder, a defender and another full-back to turbo charge their squad ahead of a potential title challenge.

Without it, they will be undoubtedly short of what is required in the Premier League and Champions League.

Wigan have confirmed midfielder Jensen Weir has moved to Brighton to raise funds after entering administration.

The 18-year-old’s sale means staff can be paid in full in June at the crisis club, who have been relegated to League One after a 12-point penalty.

Wigan academy manager Gregor Rioch said: “On and off the field, Jensen has been an outstanding academy graduate throughout his time at Wigan Athletic.

“From being the club’s youngest ever first-team player at just 15 years of age to captaining his country at youth level, he has shown outstanding promise to reach the very top level.

“Jensen has become a great leader and role model for other academy players to follow.”

Jadon Sancho is enjoying some time on board a private boat as he relaxes after his stellar season for Borussia Dortmund.

The Manchester United target is drinking in the surroundings, as well as a fruit juice, after a hard slog of a season in Germany. 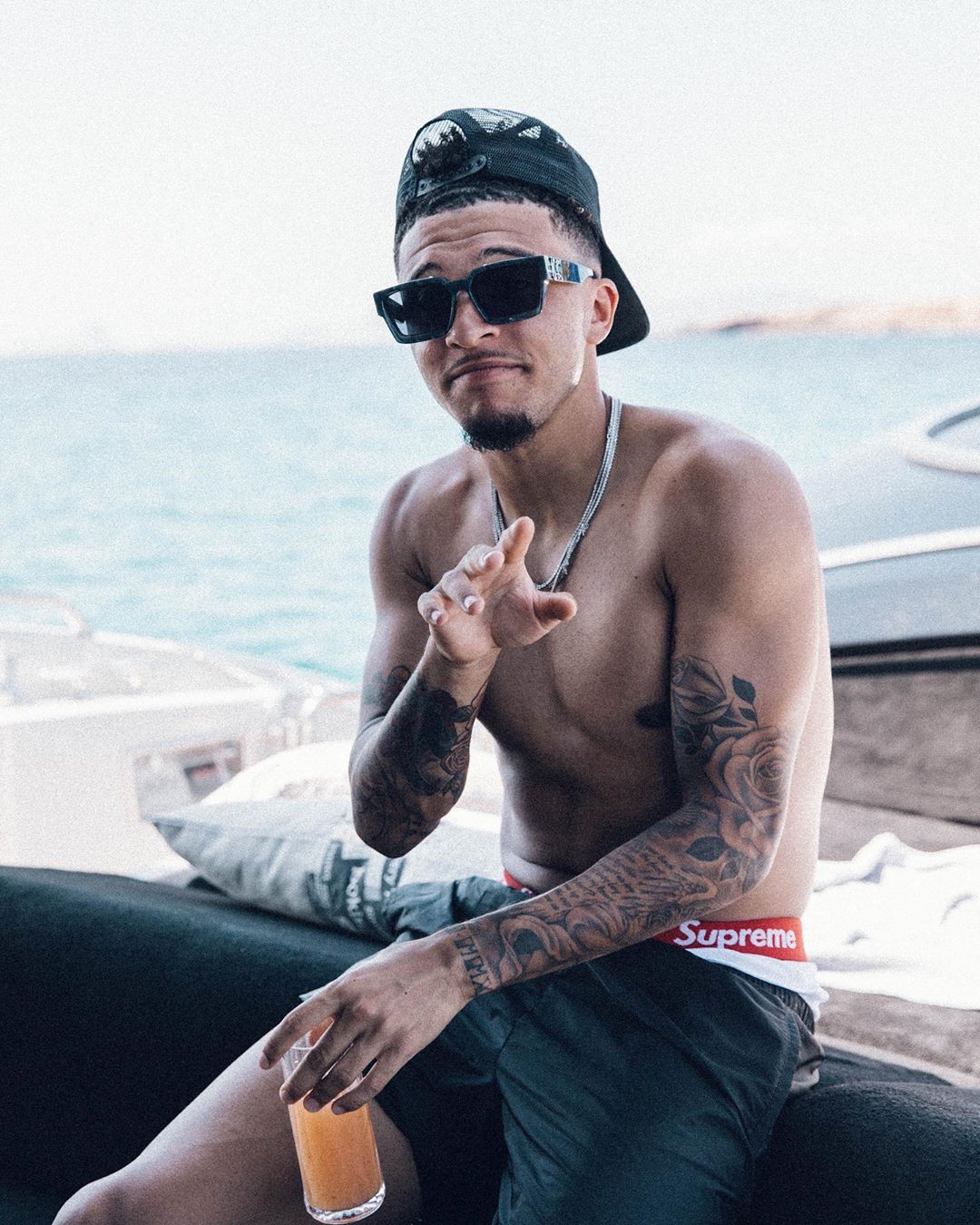 The German outfit were originally demanding an eye-watering £90m fee for the impressive forward but with only two years remaining on his contract they are resigned to losing him for less.

According to Sky Germany, Blues technical director Cech is set to hold “face-to-face talks” with the 21-year-old.

The Chelsea legend also helped pulled the strings of Timo Werner’s deal when he made an “undercover” trip to Germany before lockdown.

Cech, who speaks fluent German, was on hand at the time to iron out any communication issues with the player’s father and agent.

Chelsea star Antonio Rudiger also helped his side to seal deal but Cech may not have to do too much convincing when it comes to Havertz.

Arsenal are interested in Aston Villa midfielder Douglas Luiz, according to reports.

But the Gunners may face competition from Manchester City who are said to be considering triggering their buy-back clause.

The Brazilian has played 41 times in all competitions for Villa this season scoring three and providing two assists.

And the 22-year-old’s performances have attracted interest from the Gunners, according to 90min.

The Midlands side signed Luiz from Man City last summer for around £15million.

Illan Meslier’s loan move to Leeds will be made permanent today after their promotion to the Premier League.

Phil Hay has confirmed that the Yorkshire club will sign the keeper to a three-year deal and pay a fee of roughly £5million.

Meslier from Lorient to Leeds on a permanent will be done today. Three year deal. Fee in the region of £5m. #lufc

Here are Sky Sports’ live games on Sunday at 4pm and the list of channels they will be on.

IS HE GANA RETURN?

According to ESPN, Ole Gunnar Solskjaer could turn to the experienced midfielder, who PSG are willing to let go for the ‘right price’.

Wolves are also reportedly interested in taking on the deep-lying midfielder.

SPURS GET LUC IN

According to Defensa Central, the 29-year-old is worried about his lack of playing time at the La Liga champions.

And he has held talks with Zinedine Zidane about his future, while Spurs are willing to pounce with a switch, according to reports in Spain.

Antonio Conte has exploded at reports Lautaro Martinez is thinking of leaving Inter Milan for Barcelona.

The former Chelsea boss said that the rumours ‘insult his intelligence’ and that he is focused on finishing the season with Inter.

Inter gaffer Conte said: “The rumours around him insult his intelligence… claiming that he is thinking of another club.”

Atletico Madrid are keen to sign Mainz forward Jean-Philippe Mateta, according to reports.

The 23-year-old scored only three goals in the Bundesliga this season, but missed several games due to a torn meniscus.

And the Frenchman has now attracted interest from Diego Simeone, according to Bild.

Charlton defender Tom Lockyer can leave the Valley on a free transfer after a relegation clause was activated in his contract.

The Wales international can take his pick from a number of clubs, with a return to his home city Cardiff being mooted. 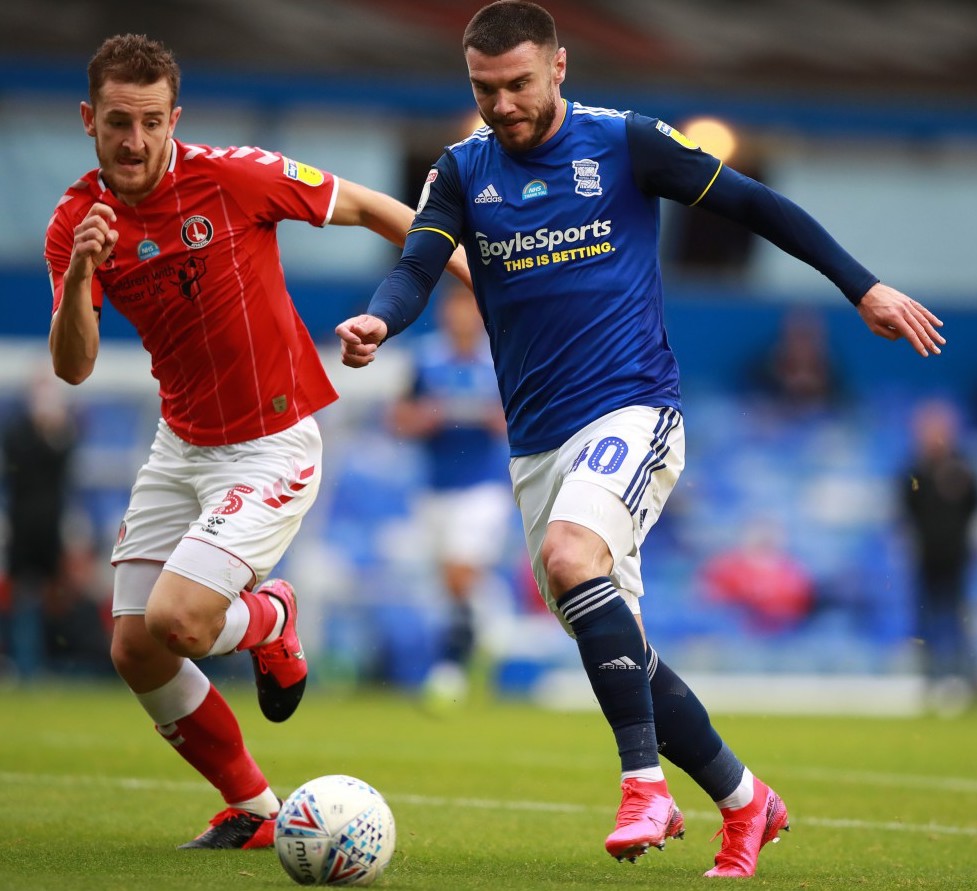 WORLD AT HIS ‘FITI 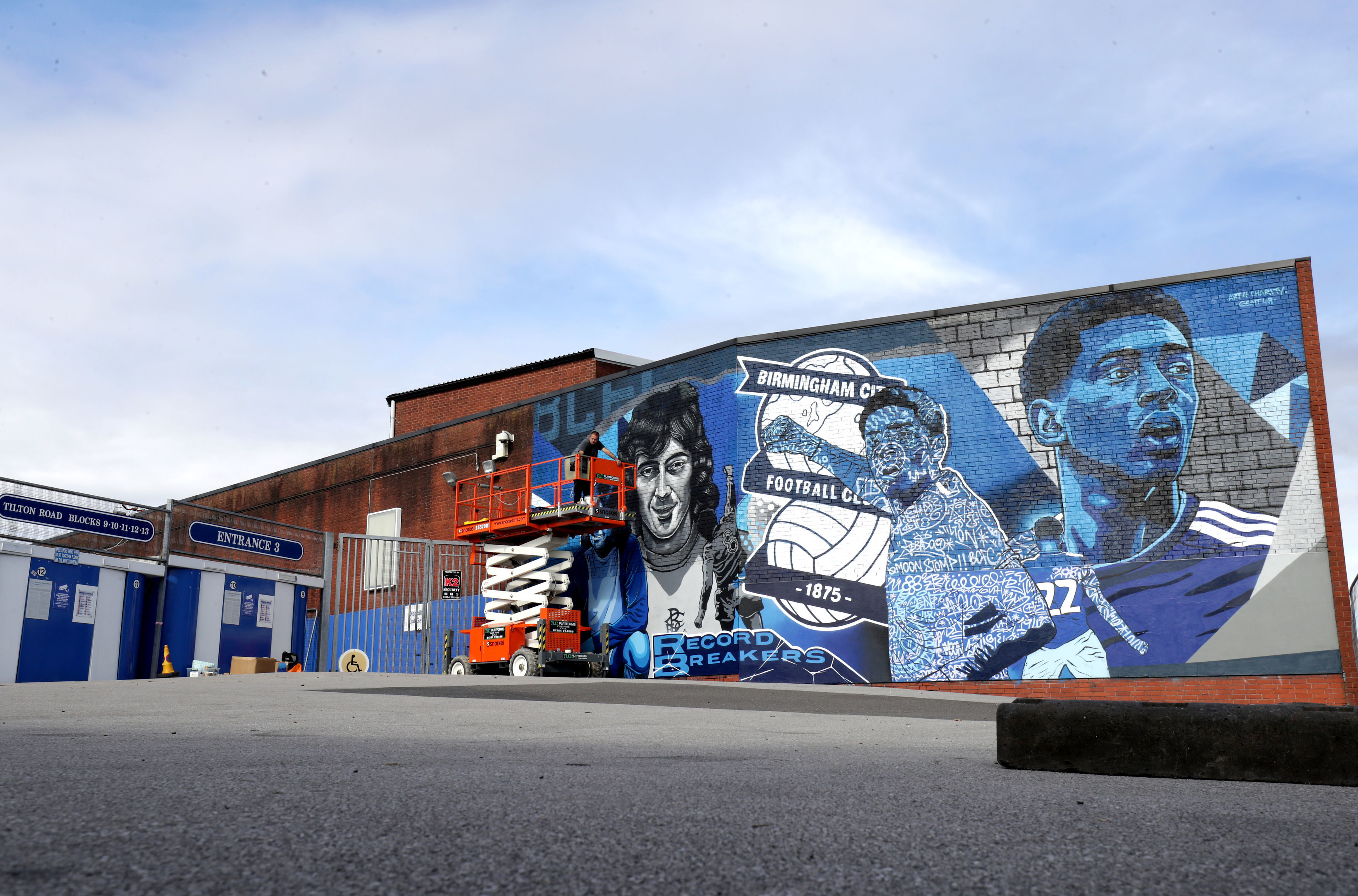 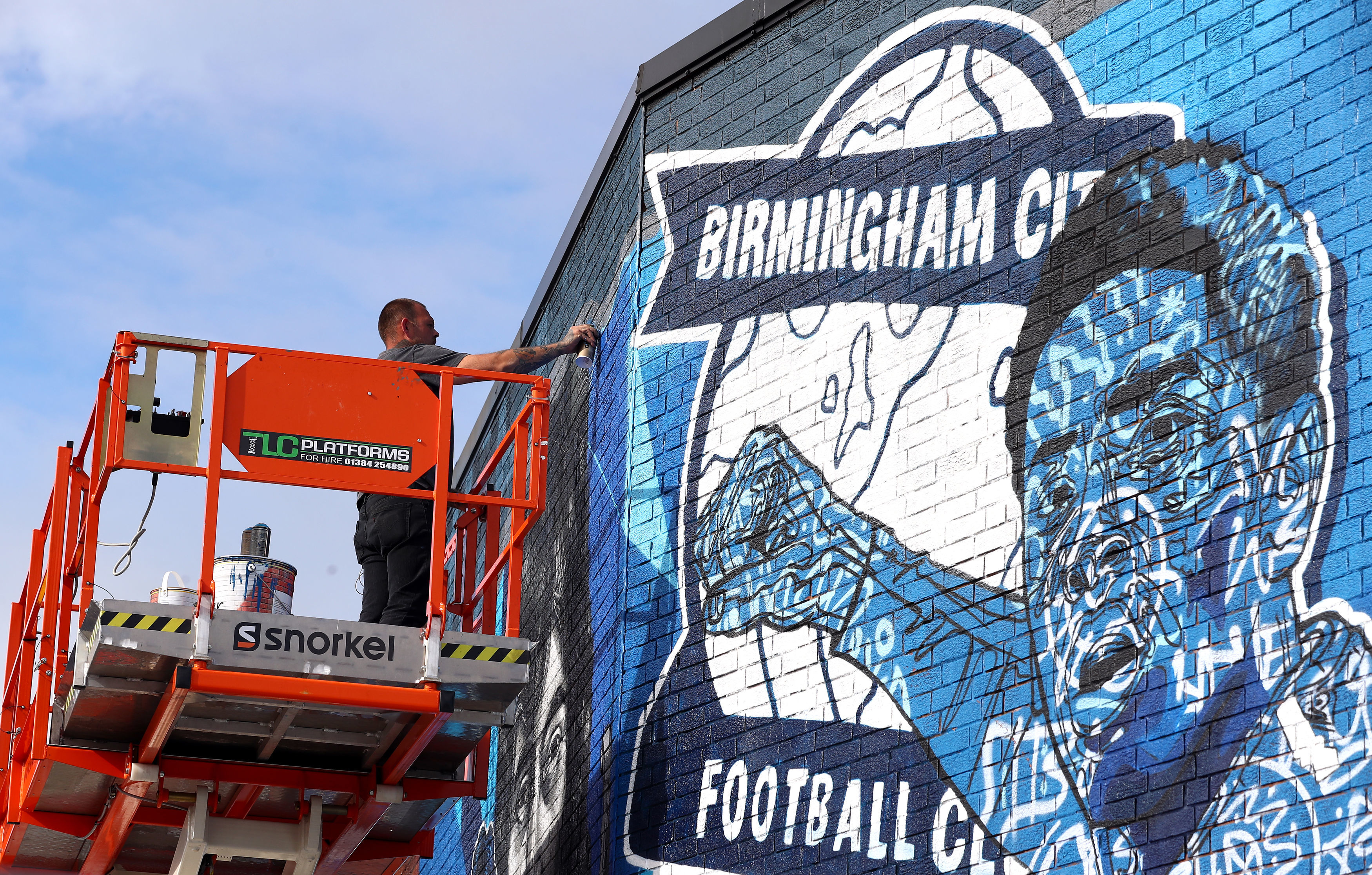 A Premier League club nearly lost £1million when it was targeted by cyber criminals during a transfer deal.

Hackers infiltrated a club director’s email account as negotiations took place to sell a player to a European team.

He was conned into revealing his username and password in a phishing attack.

Using the details, the crooks nearly succeeded in getting the £1million payment diverted to their own account.

They failed only because the club’s bank clocked the dodgy transaction and blocked it.