Brazilian bantamweight Bethe Correia is a UFC veteran but made an amateur error by turning her back on opponent Pannie Kianzad and mistakenly thinking the round was over in their bout on Fight Island, and got tagged as a result. 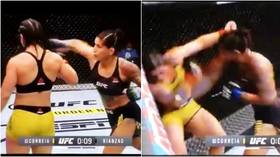 Coming to the end of the first stanza of their showdown on the undercard in Abu Dhabi, the 37-year-old Correia appeared to mistake the 10-second warning for the actual end of the round, reaching out a glove before turning her back on Kianzad and making her way back to her corner.

The Swedish fighter capitalized without hesitation, tagging her opponent with a right hand before following up with a series of blows to back Correia against the cage.

Momentarily appearing in danger, the Brazilian then regained control to stifle the threat and back Kianzad up before the actual end of the round was called.

“What happened there? Oh my word,” the commentary team on ESPN+ were heard exclaiming.

It was just one part of a frustrating night for former bantamweight title challenger Correia, who went down to a unanimous decision defeat which is her third loss in her past four octagon outings and leaves her overall record at 11-5, with one draw. 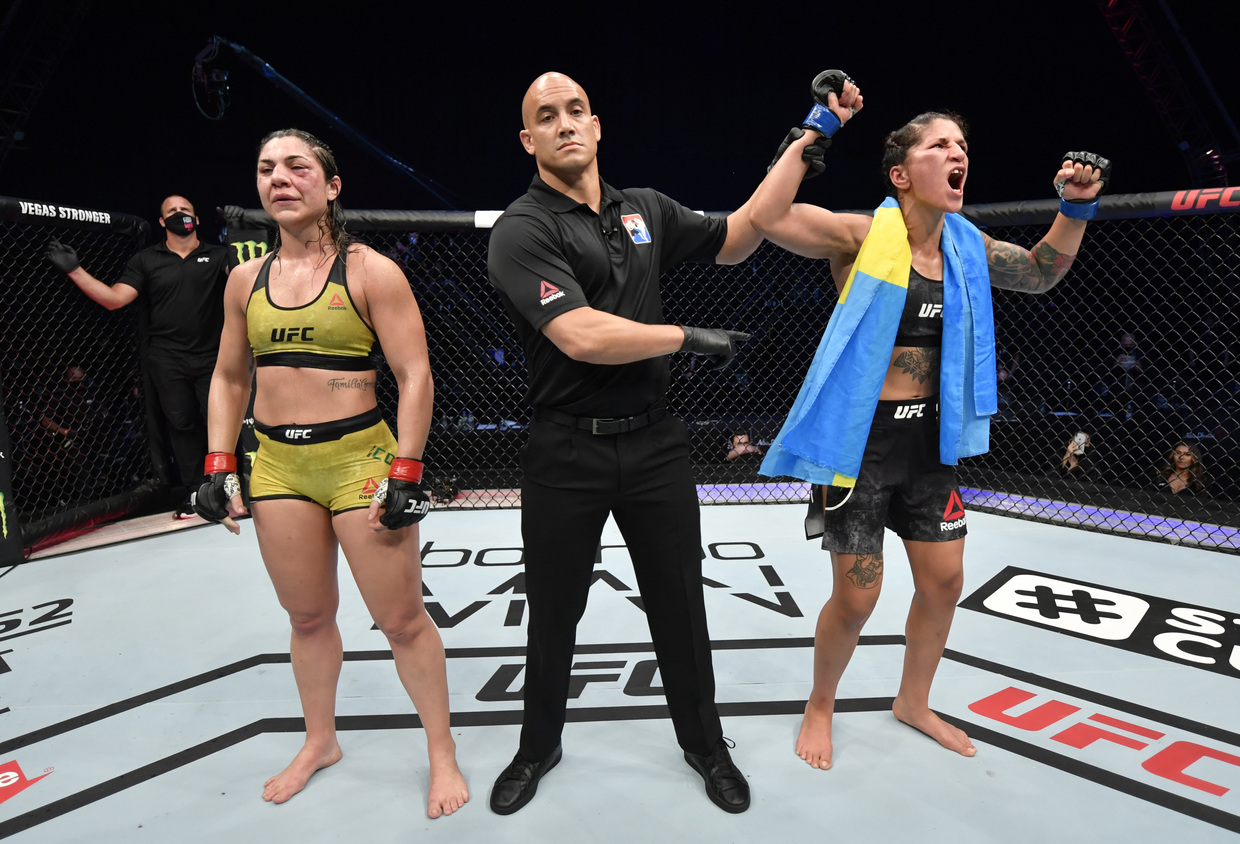 For the Iranian-born Kianzad, 28, it was a second win on the spin following her victory over Jessica-Rose Clark at UFC Fight Night in Moscow back in November.

Elsewhere on the night, Australia’s Robert Whittaker edged out England’s Darren Till in the middleweight main event, while Russian-born fighter Khamzat Chimaev made history by winning a second bout in 10 days on Fight Island, the shortest-ever period between victories in the modern-era UFC.