A GROUP OF British farmers is transforming cow feces into cow POWER in the form of AA-size “patteries.”

1kg of cow poo can produce 3.75 kwh of electricity, so the rechargeable cells could be a part of Britain’s renewable energy solution.

This is enough to run a vacuum for five hours or iron for 3.5 hours.

The energy generated from a single cow’s waste could power three households for a year, according to Arla, a dairy cooperative that developed the batteries with battery expert GP Batteries.

As a result, the herd’s 460,000 members could provide enough energy to power 1.2 million homes in the United Kingdom.

Having a reliable and consistent source of power – such as cow slurry, which Arla produces in excess of 1 million tonnes per year – could open up new possibilities for powering homes and transportation.

Anaerobic digestion is used to transform the slurry into energy.

“There is so much potential for innovations like anaerobic digestion to contribute to the UK’s renewable energy needs while reducing farm emissions using something readily available on our farms – poo,” said Arla farmer Neil Ridgway.

“We already use cow slurry energy to power our entire estate on my farm, but this could go so much further.”

“We can even use the process’s waste as natural fertilizer on our land, closing the loop – it’s a win-win situation.”

Organic matter such as animal waste is broken down during the anaerobic digestion process to produce biogas and biofertilizer.

This occurs in the absence of oxygen in a sealed, oxygen-free tank known as an anaerobic digester, with biogas as the end product.

After the biogas has been cleaned, it is transported to a CHP unit, where it is used to generate renewable energy.

The final product is a nutrient-dense, low-emission natural fertilizer that can be applied to the soil to help nourish it.

“Our farmers are always looking for new ways to improve their operations, and after our poo-powered transportation trials last year, it’s clear we’ve only scratched the surface.”

“Arla farms are home to around 460,000 cows, which provide a steady supply of slurry – or poo – that can be converted into electricity, with the potential to contribute significantly to Britain’s renewable energy quota.

“A small number of our farmer-owners have already begun to convert cow feces into energy.” 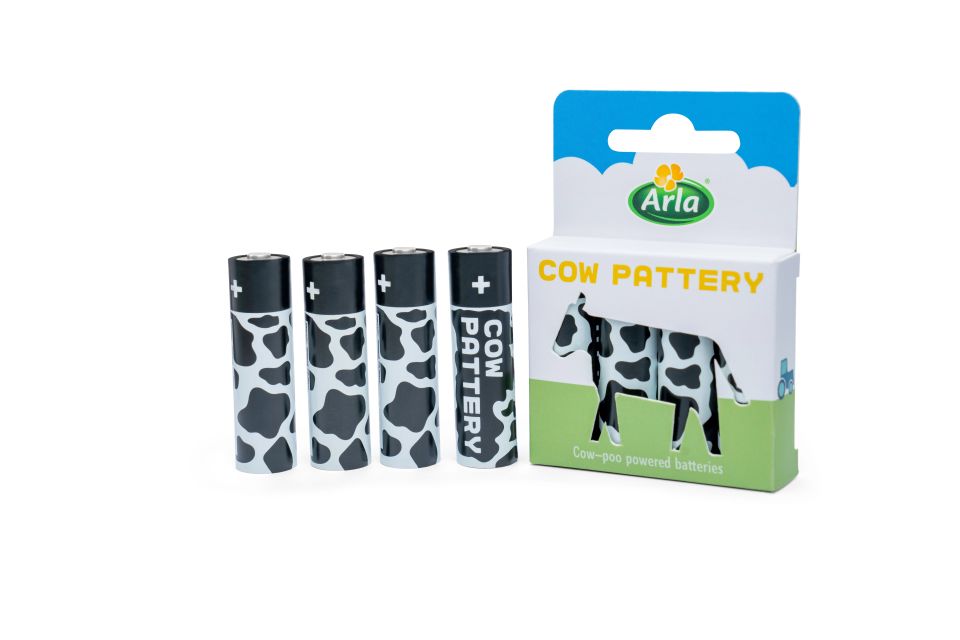