This is the question many Twitter users have been asking on Monday, Sept. 7, when Mark Rober began trending on the platform, seemingly without context. 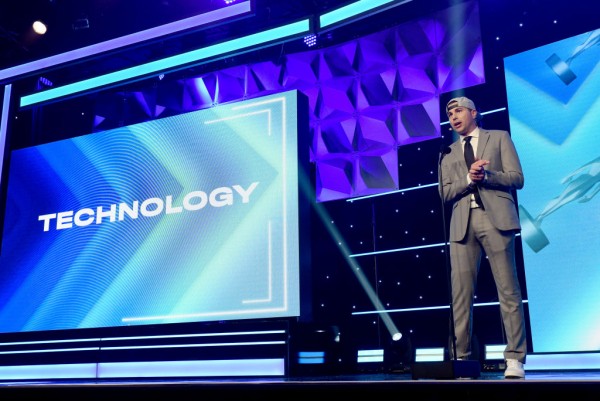 According to MEAWW, it all apparently started when famous YouTube beauty guru James Charles wroten on Twitter, saying, “I haven’t had a day where I sat down & played with makeup in sooo long… tweet me your creative makeup looks you’ve done, I need inspiration.”

Dream, a famous gamer and fellow YouTube personality, replied and simply wrote Mark Rober’s name, along with the photo of Rober from when he was a guest at Jimmy Kimmel Live.

Since then, Rober became quite the meme on the platform.

Whenever someone tweeted, another would reply with Mark Rober’s name, his photo, or a combination of both, and soon enough, many are asking who exactly is Rober and why is everybody tweeting him.

So, who is he exactly?

Read Also: [VIRAL] Tom Cruise Amazes Fans With Death-Defying Stunt for Mission: Impossible 7 as He Jumps Off a High Ramp

For those who are unaware, Rober is a popular YouTube personality who now has over 13.7 million subscribers and has over 1.4 billion total views–but before he became famous on the video-sharing site, Rober was a NASA engineer, and he often uses his expertise in his videos.

With his engineering knowledge, he would often invent stuff or create something from scratch, such as the glitter bomb traps that he made to prank package thieves who began stealing his packages from his porch.

One of his most popular videos is when he built a “Ninja Warrior” obstacle course for thieving squirrels, where he explained everything and injected some physics explanations.

Unlike some other science-based YouTube channels, Rober’s works are quirky and entertaining, allowing many to have fun watching his videos while learning a thing or two.

Back when he was working at NASA, Rober was one of the engineers who worked on the Mars rover Curiosity, which was launched from Florida in November 2011 and arrived on Mars in August 2012 and has since then been delivering images and information scientists here on Earth.

After quitting NASA, Rober worked for four years at Apple as a product designer in its Special Projects Group, wherein he authored several patents, including virtual reality in self-driving cars.

In 2013, the engineer left the tech company to create wearable tech Halloween costumes.

In an interview with WIRED back in 2013, Rober admitted that it was “a little bit scary” when he left his NASA career to create innovative Halloween costumes, but it was “such a cool opportunity” and one of the things in life that he just has to try and see how it unfolds.

“One of the things that always appealed to me about NASA was we were always doing cool stuff that no one’s done before. Granted, nothing’s as cool as building spaceships, but there is also something cool about getting an email from a [customer]that says: ‘I’ve never given so many high-fives as I did last night,'” he further said.

Now, Rober is among the most prominent names on YouTube and watching his quirky yet education videos. There’s really no surprise how and why it happened.

This article is owned by TechTimes