If you still have an Xbox One, you can now play Xbox Series X games on it.

Xbox Cloud Gaming is currently in beta for select Xbox gamers, and is included as part of the Xbox Game Pass Ultimate subscription.

Following the Xbox 20th anniversary celebrations, Microsoft made the announcement.

Xbox Cloud Gaming will be available to a “subset of Xbox gamers” in 25 regions starting this month.

According to the blog post, it will be available to all Xbox gamers in the “coming weeks.”

The best part about cloud gaming is that you don’t need a powerful computer to play graphically demanding games.

Custom Xbox Series X hardware handles all of the processing, so all you have to do is stream games from the internet to your device.

It will also free up a lot of space on the hard drive of your console.

Xbox Cloud Gaming was first released on mobile, but now that it’s on console, you don’t need a powerful Xbox Series X to enjoy new games.

As long as the game is supported, Xbox One owners can play a variety of next-gen titles on their console.

In “early 2022,” Microsoft promises to “continue to support this capability” and expand its cloud game library to include more next-gen games.

To start streaming, go to Xbox Game Pass on your console and look for games with the cloud icon.

Backwards compatibility on Xbox is finally over for Microsoft.

The differences between Pokemon Brilliant Diamond and Shining Pearl are explained.

Here’s how you can get the Fortnite x Naruto Kurama Glider for free. 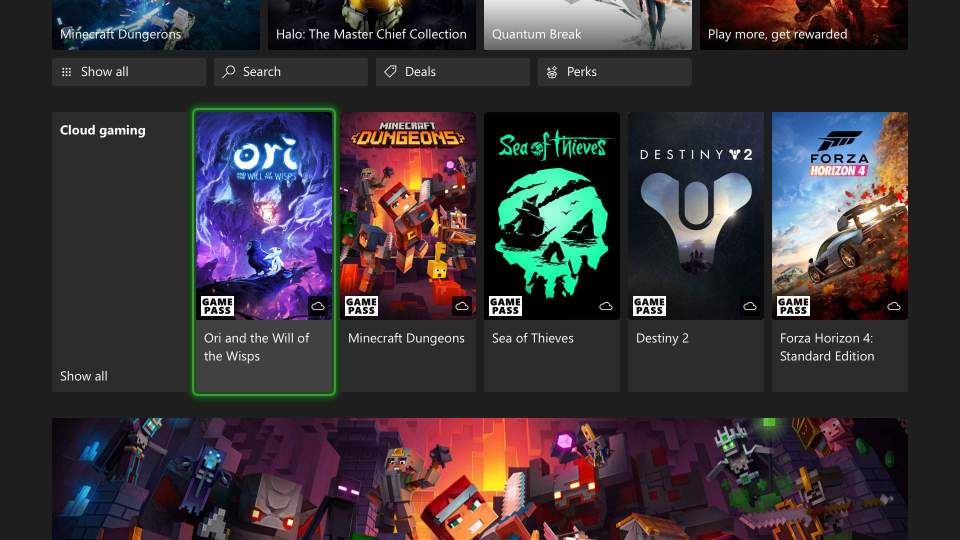