The world’s largest operating system creator and software developer, Microsoft, has seen its fair share of Chief Executive Officers from different life statures, beginning with its co-founder, Bill Gates. Currently, Satya Nadella, one of the world’s most-loved CEO, leads the software company on its daily operations and oversees its standing in the global market.

Being the CEO means enormous responsibility and embodying the company’s goals and spirit within one’s self. Satya Nadella, in his six years as the tech giant’s big boss, proves that even a family man can lead a trillion-dollar enterprise into success and global competitiveness against rivals in the industry such as Apple, Google, and the like.

Satya Nadella is considered a tech wizard who has it all, leading the world’s second most prominent tech company, applying his passion and interests as the CEO. However, Nadella is a simple Indian-American who attributes all his success and current stature in life to his beloved family.

Despite all the challenges the company currently faces, competition with Apple, and the recently failed deal with TikTok’s mother company, ByteDance, Satya Nadella maintains his composure and positively pushes through life.

Indeed having it all, Microsoft’s Family Man maintained all of the elements in his life that a simple man would find hard to do. Satya Nadella’s optimism has kept him at bay and in-control of his life. Business Insider ranks the six-year Microsoft CEO as the Most Loved CEO in America by People-of-color.

The 53-year-old CEO briefly worked with Sun Microsystems, the famous company that created the Java programming language now acquired by the Oracle Corporation, as a technology staff.

The Economic Times greatly attributes the Microsoft CEO learning from his long-time wife, Anupama Nadella, which he calls “Anu,” one of the very core of humanity’s behavior, empathy. Satya Nadella’s role-model is his wife, Anu, who taught him to be grounded and compassionate of the people around him.

The couple also experienced a challenging moment in their life back in 1996, as their son, Zain, shares utero asphyxiation causing brain damage and disability. In Satya Nadella’s 2015 book, Hit Refresh, he refers to this moment as life-changing and insightful as he and his wife did not feel anger or hate for being in that situation.

Satya Nadella joined Microsoft in 1992 and did wonders with the company that resulted in various colorful projects and remarkable career. Nadella’s legacy helped Microsoft pioneer and introduce some of the company’s biggest product offerings.

Before he was appointed the CEO to succeed the 14-year leadership of Steve Ballmer, Nadella was Microsoft’s Cloud and Enterprise Group. The family man transformed the company’s cloud infrastructure and services that surprisingly dominated the market and competition leaders.

Nadella’s appointment as CEO saw Microsoft’s purchase of LinkedIn in 2016 and GitHub in 2018. Satya Nadella’s leadership and direction with Microsoft tripled its stocks by 2018 and saw a varying annual growth rate.

Satya Nadella’s personality as a compassionate and family-oriented person drove Microsoft to still be one of the world’s most successful companies since its establishment 45 years ago. 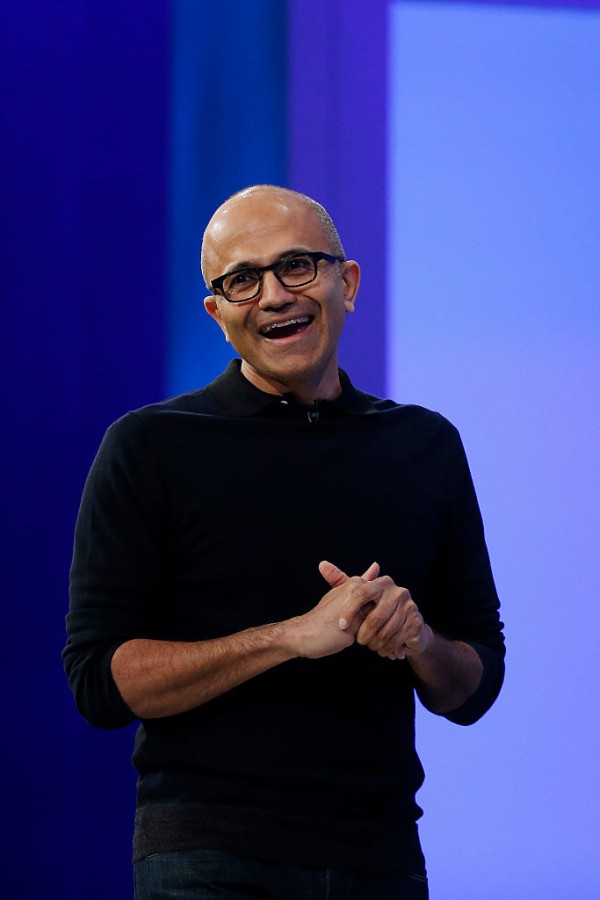