The world’s most valuable company and multinational technology manufacturer, Apple, is recently granted a published patent for a water ejection system for its beloved smartphone, iPhone. The water ejection system first saw its debut on Apple products with the Apple Watch Series 2 and is now making its way to protect iPhones from water damage.

Apple’s water ejection system patent is recently published in the United States Patent and Trademark Office today, September 8th. The patent was passed by the technology company since last year, 2019, and only saw its approval and filing now.

The water ejection system’s technology was first seen on the Apple Watch Series 2, the very first Apple Product to be waterproofed and not just merely water-resistant. This feature aims to protect the small piece of technology’s internal components that aims to tell more than the time.

According to 9 to 5 Mac, this feature might soon come to the new iteration of the beloved Apple smartphone. To date, there is still no news from Apple about its iPhone 12, its specs, release date, and even its price. Apple is still silent about this new patent to be available for the new iPhone.

The Water Ejection System technology made by Apple is not the typical waterproofing design of other phones and companies that offers protection for the object. Apple went out of its way to design a not just waterproofing, but also a way to eject water out of the gadget’s creaks and crevices.

Patently Apple characterizes this protection to be more active instead of being a passive safety system. Apple devices fitted with this technology will expel water out instead of just providing a seal that prevents water from reaching the internal components.

The Apple Watch Series 2 uses its speakers to vibrate to a specific frequency and expel water from the device that entered through its crevices, such as the speaker bore. The technology also sports a hydrophobic coating that can repel water once it reaches the sensor module.

The newly-published patent for the iPhones can also protect the phone from different kinds of external components such as freshwater, saltwater, and gasses. The Water Ejection System would be able to detect saltwater crystals that formed on the speaker’s acoustic mesh to be removed by the user.

This new patent further assures its users for a safer device without worrying during an adventure on the beach, rivers, mountaineering, and hiking.

There is currently no news from Apple about the iPhone 12’s specs and new technology that will come upon its release. Apple is keeping its iPhone details secret and discreet. Patently Apple discussed the water ejection system’s inclusion in new iPhone models as soon as it is patented by the agency concerned.

Apple’s patent is seen as an effort by the company to continuously upgrade and innovate its products tailored to customer needs and expectations.

ALSO READ: [Leaks] Apple Gears up for iPad and Apple Watch Drops This week-iPhone 12 Will Get Its Schedule! 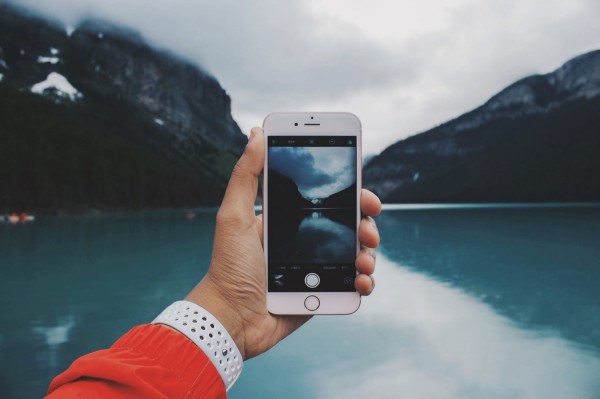