These are the first official figures published since Ireland’s liberalised abortion laws came into effect from 1 January 2019.

THERE WERE 6,666 terminations of pregnancy carried out last year under legislation enacted following the repeal of the Eighth Amendment.

The vast majority of these, 6,542 terminations, were carried out in the first 12-weeks, official figures show.

In a further 100 cases, an abortion was carried out due to a condition that was likely to lead to the death of the foetus, according to the Department of Health. 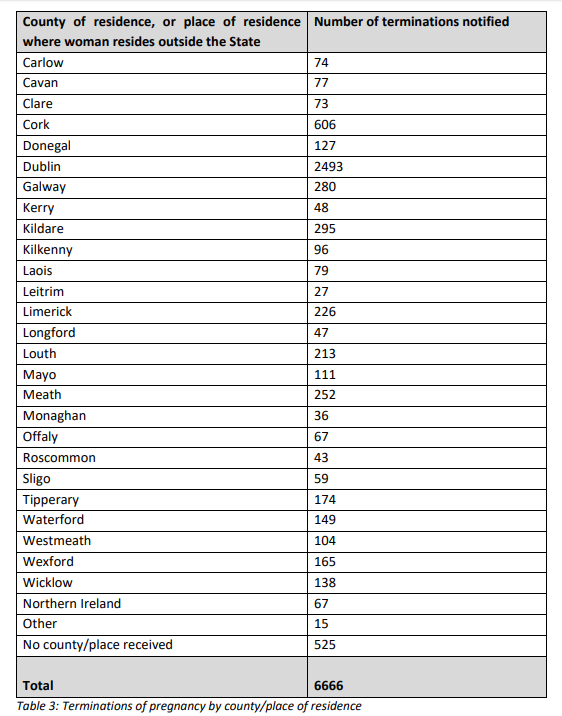 It also gives a breakdown by month, with the highest number of cases in January of last year.

Following a 66% vote in favour of repealing the Eighth Amendment in a 2018 referendum, Ireland’s abortion laws were liberalised; a Citizens’ Assembly held before the referendum discussed what new system should be put in place so that citizens knew the proposals they were voting on.

The new abortion services provided for in the Health (Regulation of Termination of Pregnancy) Bill 2018, in place from from 1 January last year, allowed for medical and surgical abortions up to 12 weeks based on the pregnant woman’s decision, and in cases of fatal foetal abnormalities.

As most abortions up to 9 weeks can be carried out through taking pills, the majority of abortions (an estimated 80%) were expected to take place through GP practices or at a local clinic.

As part of the rollout of these abortion services, a review is to take place of how they are being used; the publication of these figures is a part of that review.

Although abortion services are available in all of the country’s 19 maternity hospitals or units, just 10 of those have implemented the service in full.

By the middle of last year, conscientious objections had caused problems implementing full abortion services in at least four maternity hospitals/units. This is where healthcare professionals can opt out of providing abortions.

Some abortion services were already legal under the Eighth Amendment – namely, in cases where the mother’s life was at risk.