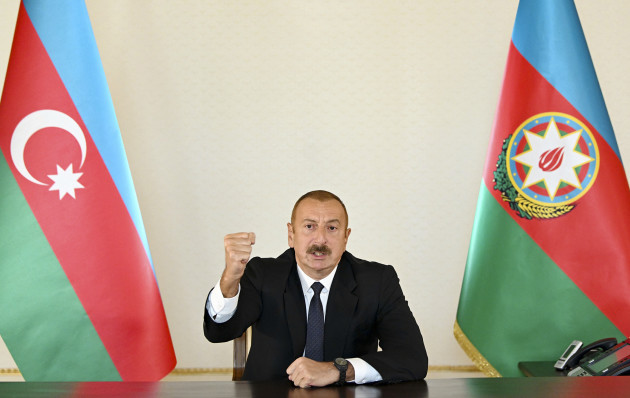 HEAVY FIGHTING HAS erupted between Azerbaijan and Armenian separatists, claiming military and civilian casualties on both sides, including at least one child.

The worst clashes since 2016 have raised the possibility of a fresh war between the two counties, which have been locked for decades in a territorial dispute over the Armenia-backed breakaway region of Nagorny Karabakh.

A major confrontation between the ex-Soviet Caucasus neighbours would draw in big regional players Moscow and Ankara.

Azerbaijan said it had captured seven of its Armenian-controlled villages, a claim Armenian authorities denied.

In a televised address to the nation earlier in the day, Azerbaijan President Ilham Aliyev vowed victory over Armenian forces.

“Our cause is just and we will win,” Aliyev said, repeating a famous quote from Soviet dictator Joseph Stalin’s address at the outbreak of World War II in Russia.

“Karabakh is Azerbaijan,” he said.

Both Armenia and the breakaway region of Nagorny Karabakh declared martial law and military mobilisation. 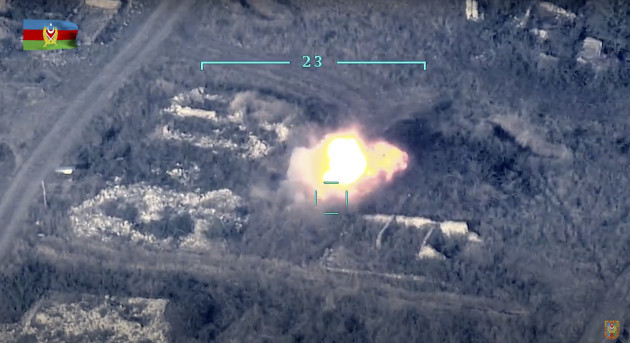 A handout photo from Azerbaijan’s Defense Ministry, showing a strike on an Armenian installation.

Azerbaijan accused Armenian forces of violating a ceasefire, saying it had launched a counter-offensive to “ensure the safety of the population”, using tanks, artillery missiles, combat aviation and drones.

“There are reports of dead and wounded among civilians and military servicemen,” Azerbaijan’s foreign ministry said. “Extensive damage has been inflicted on many homes and civilian infrastructure.”

Talks to resolve one of the worst conflicts to emerge from the 1991 collapse of the Soviet Union have been largely stalled since a 1994 ceasefire agreement.

France, Russia and the United States have mediated peace efforts as the “Minsk Group” but the last big push for a peace deal collapsed in 2010. 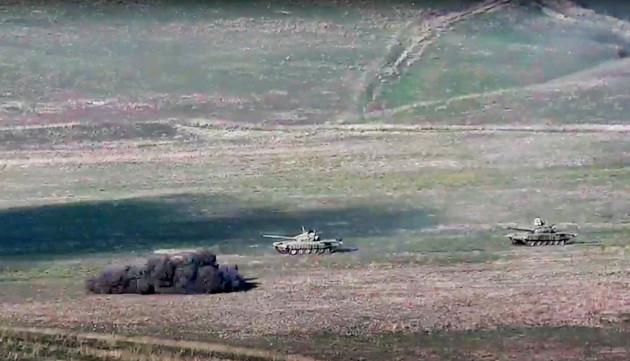 Pope Francis told crowds on Saint Peter’s Square he was praying for peace and called for “concrete gestures of good will and fraternity” from the warring sides.

“We are a step away from a large-scale war,” Olesya Vartanyan of the International Crisis Group told AFP.

“One of the main reasons for the current escalation is a lack of any proactive international mediation between the sides for weeks,” she added.

“War is resuming. Time for Russia, France and US, individually and jointly, to stop it,” tweeted Dmitry Trenin, director of the Carnegie Moscow Centre.