Ulster’s Mr Saturday Night talks through his process for a dramatic winner to set up a Pro14 final against his native province. 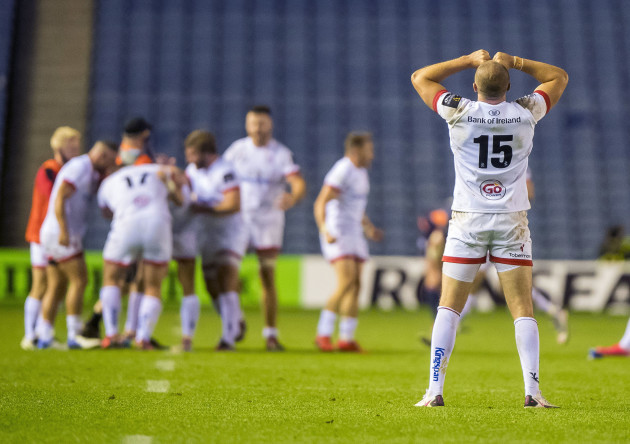 IAN MADIGAN’S EYES light up a little brighter when Dan McFarland’s weekend description of him is relayed back.

There is a tinge of self-consciousness to the smile he gives on hearing the praise, mostly  due to the supposed secret being out. No hiding his light under a bushel after that.

You imagine Madigan’s eyes light up in the exact same way when a 45-metre penalty comes his way. A chance to deliver a highlight reel moment that players ordinarily have to wait at least half a season at a club for.

The clock was red by the time the 31-year-old had set the ball and himself; hunkering down, pitching his shoulders forward and exhaling a long anchoring breath.

While many have lauded his willingness to run as an out-half or cover centre and fullback, it’s Madigan’s goal-kicking that have always been his star quality. And the enduring effectiveness of that purposeful motion shone through from the empty Edinburgh Stadium as unleashed his shot at the winner. Just low enough to escape any Edinburgh breeze, just high enough to clear the bar and make Ulster just the second team to win an away semi-final in the Pro12 or Pro14.

For Madigan, it was a pyrotechnic display to signal his return to Irish rugby after a difficult stint abroad.

“I don’t really have any demons from the last 18 months,” he said on Monday, “because I still think I’ve been true to myself in how I’ve gone about my training and getting my mind and my body right to hit the ground running with Ulster.

“At the same time, it was a period that went quite slowly for me. I’m very lucky,” he says as he goes on to acknowledge support from his loved ones.

“Before I hit the kick, Al O’Connor was captain and he told me he loved me which was a nice touch. I only know him a couple of weeks.” 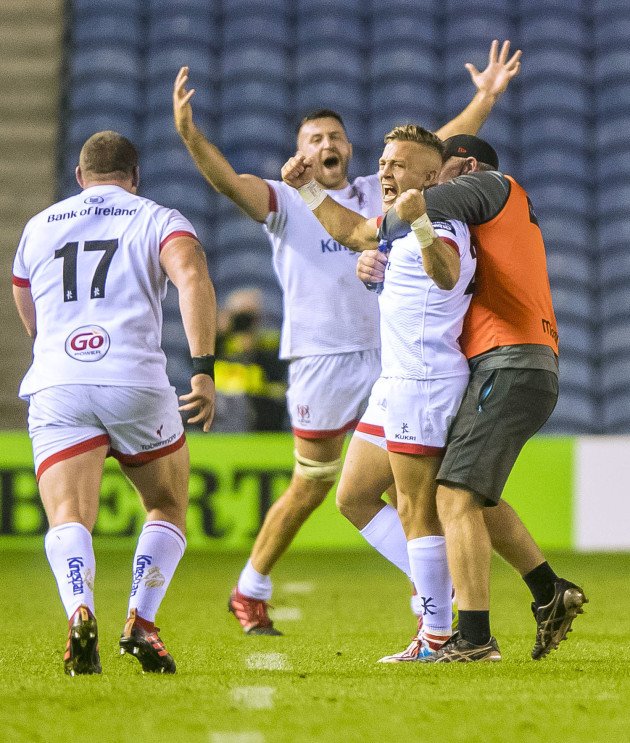 While hailing McFarland’s ability to pull the right psychological strings for players, Madigan also notes his ability to delegate. So skills coach Dan Soper gets passed a slap on the back as Madigan recounts his clutch semi-final kick for glory.

“You just want to stick to your process. Dan Soper is great for manufacturing (pressure situations) in training, pitting us against each other and trying to manufacture match situations.

“For us as kickers, being able to replicate the kicking technique we’re using in training in games is ultimately what you want to be doing. The big part of goal-kicking is your thought process and clearing your mind of negative thoughts and trying to narrow it down to focusing on what’s important.

For me, that’s keeping my toe pointed down, sweeping through the ball and a long follow-through – I’m just saying that over and over in my head.”

“When Dan comes on with the tee, he’s very like a caddy in golf, there’s a lot of interaction there, he’ll give you a drop of water and then it’s about picking your line.

“I hit a bit of a draw off the tee, so it goes out to my right and then works its way back in.” 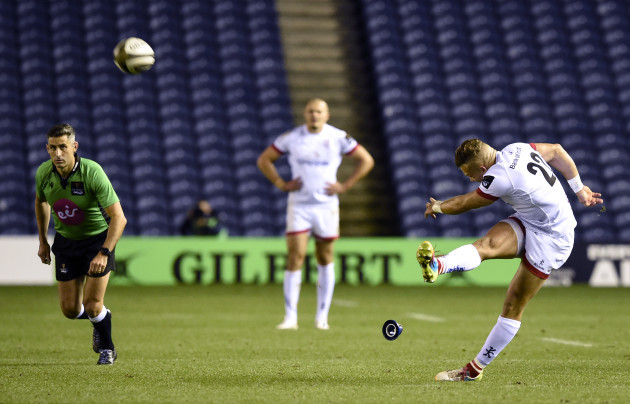 And just like that, all those far-from-glamourous extra midweek kicking sessions in all weather bring him the chance to be Mr. Saturday Night.

About that ‘big-time’ moniker, Ian?

“The big reason why we play the game is to be put in those big pressure situations. I do enjoy it. I think sometimes I question why I do it to myself, but it’s pretty rewarding when it goes over, it’s exhilarating.

“You put a lot of work in. It probably hasn’t been the easiest 18 months for me, but, look, you just graft away and when it comes good for you, I think it’s extra sweet.”

If that was sweet, there’ll be a bulk order of insulin needed if he manages to repeat the feat against Leinster in Saturday’s Pro14 final.