IRELAND HAS A waste problem. The extent of it was laid bare when the government launched its Waste Action Plan last week – packed with statistics about the million tonnes of food waste we produce each year, the 200 million disposable coffee cups we throw out annually, and the 63,000 tonnes of textiles we dump every single year.

The trajectory we’re on is quite literally unsustainable, and efforts to shift our focus from waste management to waste reduction should be a good news story.

But when the plan was launched last week, it was widely reported that one measure proposed was ‘a tax on cheap clothes’. Not surprisingly this met with a none too favourable response on Twitter.

I know you should never let a fact get in the way of a good Twitter storm, but actually, nowhere in the plan does it suggest charging people more for cheap clothes. What the plan seeks to tackle is ‘fast fashion’, and not before time.

As someone who worked in fashion for 16 years – starting when fast fashion was emerging as an exciting new business model, and ending when I could no longer be involved in one of the most damaging industries on the planet – I’ve learned there’s an important distinction between ‘fast fashion’ and ‘cheap clothes’.

Cheap clothes are clothes that are cheap, but they’re not necessarily the problem. Fast fashion is the problem.

Fast fashion is a retail model predicated on the continuous speeding up of retail and trend cycles so that we buy more. That acceleration has impacted high-end fashion, mid-range fashion, and low-cost fashion because it’s not about the price so much as the speed of the turnover. 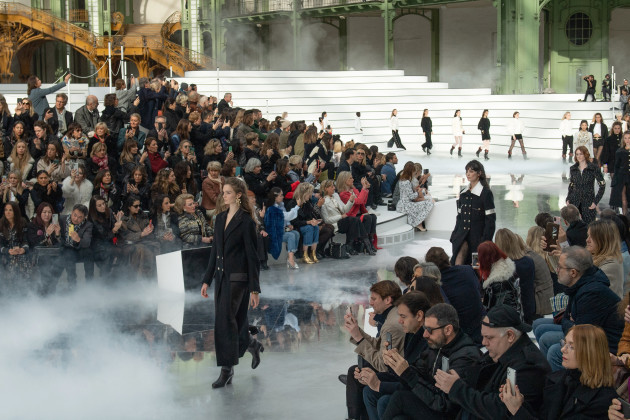 Fast fashion is a retail model predicated on the continuous speeding up of retail and trend cycles so that we buy more, says Moore.

It’s now normal for low-margin, high volume fast fashion retailers to have several thousand individual styles in stock at any one time – an absurd amount of choice, but also a mind-boggling use of resources.

Poor labour and environmental practices are endemic in the supply chains of such retailers, but the same can be said for pricier purveyors of fast fashion, who just operate with higher margins.

But what all these retailers have in common is that they spend lots of money convincing us all that it’s normal to buy new clothes every week or to overhaul your wardrobe every season. It isn’t, and it’s killing the planet.

And where the worst social and environmental damage is being inflicted is in the countries that make our clothes and the countries where we dump them when we’re done.

Fast fashion on the rise

Our fashion consumption increased by 40% between 1996 and 2012, with EU citizens now consuming 26kg of textiles per person per year, 11kgs of which we discard, often within one year. Textile production is one of the highest sources of global emissions, and only 1% of textiles worldwide are currently recycled.

In Ireland, we send 63,000 tonnes of textiles to landfill per year, and almost half of what we donate to charity shops and clothes banks enters the global textile trade, with often devastating consequences for the countries they’re offloaded on.

It’s a crisis that demands an urgent response, and the government will be looking closely at an EPA study into textile waste that’s due for completion this year, and a series of EU Directives which are coming down the tracks, including a strategy on textile waste and fast fashion.

In the meantime, long overdue and much welcome measures proposed in the Waste Action Plan include developing a framework for separate textile waste collection, banning textiles from household waste, landfill and incineration, supporting education around fabrics, and promoting eco-design with Irish designers and retailers – excellent news for an industry left reeling from the impacts of Covid-19.

They’ll also review regulations for clothes banks in an effort to stop our waste ending up in the world’s poor countries, wreaking environmental havoc and disrupting their indigenous fashion industries.

Finally, they’ll establish a textile action group. In the short term this group would explore a producer responsibility scheme for textiles, so – as with electrical waste – you could bring last year’s curtains, or that jumper that went bally, back to the retailer and they’d have to deal with disposing of them responsibly. This alone could have an enormously positive impact.

In the longer term, this group would also examine the role of a levy on fast fashion to see if it might curb our consumerism. And therein lies the controversy, the ‘tax on cheap clothes’ – but it’s worth noting that, firstly, it’s not a levy on cheap clothes – remember, not all fast fashion is cheap – and secondly, there’s nothing to say it would have to take the shape of a consumer tax.

Asides from what we dispose of ourselves, fast fashion retailers burn or dump billions of euros in ‘dead stock’ every year – that’s stock that’s languished on the rails for its short season, been reduced to practically nothing, and definitively won’t sell. A punitive levy on the value of this would be a strong deterrent against irresponsible buying practices.

In any case, a proposal to establish a group to examine the potential for levies to curb the mindless consumerism that’s destroying our planet and keeping millions of workers impoverished and enslaved does not mean the price of clothes will skyrocket tomorrow. Even if it did, there are ways to mitigate the impact that could have on low-income families.

Because the problem isn’t people on low incomes buying what they need, it’s too many people on all incomes buying too much stuff they don’t need. This industry has to recalibrate, fast, for the sake of those who are paying the biggest price for our addiction to all that stuff.

The exploitation of people and planet is fundamental to the fast fashion model, and while waste-oriented proposals won’t directly help garment workers, what they will do – especially if mirrored at EU level – is address one area of bad practice. By increasing consumer awareness of other issues, this could be a catalyst for change, cleaning up the whole supply chain. 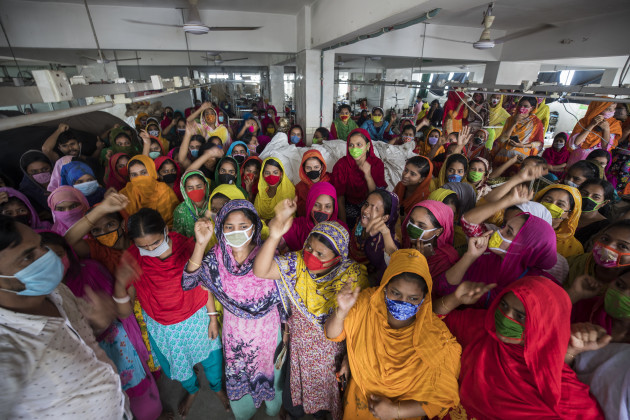 These measures will change how we engage with textile consumption, but more importantly inject responsible, circular thinking into an industry that is causing untold social and environmental damage.

And while we can ensure the measures don’t punish the poor here, we have to remember that fast fashion already punishes the poorest workers in the world.

No one is entitled to benefit from that exploitation, and the idea that social and environmental justice for the people who make our clothes and the people we dump them on can wait till we get our own house in order is not acceptable.

The true cost of our fast fashion purchases is being paid by the garment worker who can’t feed or educate her kids, the cotton farmer whose lungs are poisoned by pesticides, the town with no clean water because of chemical dyes pumped into their river.

Trying to cut off the waste streams that pollute the environment and cripple indigenous industries in the world’s poorest countries is the right thing to do. If that helps us start to consider what we need versus what we want, that’s also a good thing.

The rate at which we consume and the increasingly sophisticated way fashion is marketed puts pressure on people of all incomes to buy more.

We have to start trying to lessen the impacts of this toxic industry on the people who live every day with the consequences of our choices. We must guarantee a just transition for the most vulnerable in our society, yes. But the poorest people on our planet deserve a just transition too.