Women denouncing their sisters who publicly tout the virtues of traditional marriage and motherhood as victims of extremist brainwashing have substituted a creeping paternalism for feminism’s true aims. 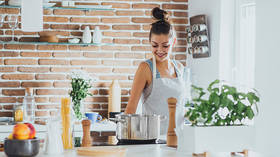 Concern about the rise of the so-called ‘tradwife’ movement – young women embracing a return to pre-feminist gender roles in which the wife is expected to take care of her husband and children full-time rather than work outside the home – has exploded in recent months, bringing with it all the pearl-clutching think pieces and overwrought, undereducated opinionating that implies.

As the media establishment discovers the once-obscure community, self-described feminists have publicly registered their horror at the thought that women anywhere are embracing subservience to men, forgetting that giving women a choice about what kind of life to lead was once the point of feminism.

These reactions, many of which link the tradwife movement with the alt-right, are cringe-inducing enough. But suggesting that these traditionally-minded women – who, after all, aren’t pushing their throwback views on their sisters, merely maintaining open communities on social media – are radicalized and brainwashed in the manner of Islamic State (IS, formerly ISIS) brides, as self-styled ‘extremism expert’ Julia Ebner did, trades in any pretense at feminism for a heavy-handed paternalism.

Feminism, after all, promised women empowerment, that they would be given equal opportunities in all areas of life through the removal of gender-specific legal and social barriers. Telling women they can be whatever they want – and then recoiling in horror when they say they want to be a tradwife – is an appalling bait-and-switch, and a total rejection of what feminism is supposed to stand for.

By pretending the world is uniquely cruel to women, smug feminists only enrage men who risk & sacrifice their lives each day

Telling a woman she doesn’t really want to stay home with the kids and wash her husband’s socks, that what she really wants is to work 40 hours a week (probably more, given the cost of daycare for those kids) climbing the career ladder in a stressful job, is merely a 21st-century manifestation of the dreaded patriarchal oppression which once forced her to stay home. Blaming these women’s politically incorrect desires on ‘radicalization’ by ‘extremists’ is telling those women that you know more about what their life goals should be than they do.

When, instead of acknowledging that tradwives have seen what the working woman’s world has to offer and said “no thanks,” establishment feminists excoriate them for succumbing to ‘brainwashing’ or ‘extremism’, they are hurting – not helping – the feminist cause.

Tradwives are part of a growing online anti-feminist movement fueled largely by opposition to the ‘social justice warrior’ strain of feminism, which somehow confuses shutting down opposing viewpoints with empowering women. Trying to ‘womansplain’ away a tradwife’s distaste for feminism as radicalization will only alienate more women.

Early feminists had to face down powerful forces to secure rights that modern women take for granted: the right to vote, the right to hold property in their own names, the right to open a bank account, and so on. But in most western countries, women now surpass men in higher education. Many professional fields bend over backwards to attract more women. Modern feminists should take a moment to appreciate that they can – at least hypothetically – choose whatever life path best suits them, without fear that some paternalistic force will swoop in to patronizingly guide them away from that road.

That it’s women who are now taking their sisters in hand in the name of feminism and guiding them away from what they insist is the precipice of wifely servitude is ironic, and some are no doubt motivated by genuine concern that women might sell themselves short for a man. But a certain type of establishment feminist appears to see any attempt to present alternate lifestyles as desirable as an attack on their own choices in life – tradwifery can be seen as a way of flaunting one’s privilege, given that it requires a husband who makes enough money to keep the whole family afloat on one income.

But tradwives are not demanding high-achieving career women put down the briefcase and pick up the baby bottle. While some might write books or run social media channels devoted to extolling the virtues of their way of life, they’re hardly going door to door scolding working women for disregarding their “sexual market value.” There’s certainly a strong anti-feminist – Ebner and her censorious sisters would say misogynistic – current running through online tradwife communities, but it’s more a reaction to establishment pressure than an effort to recreate ‘The Handmaid’s Tale’ in real life. Feminists would do well to abide by the philosophy of their predecessors and respect all women’s choices. 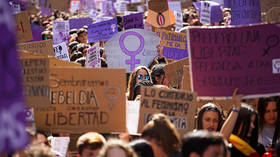