Ulster head coach Dan McFarland believes who you’re with is more important than where you’re from.

ASKED ABOUT THE many backgrounds that make up his Ulster squad, including several players who came through the Leinster system, Dan McFarland reaches for a quote to express his thoughts.

McFarland enjoys a good quote and this one stresses what he has been trying to build in Ulster over the last three years.

Men do not engage in combat for motherhood, the flag, or apple pie. They do not fight for patriotism. They may have volunteered for these reasons, but when their lives are at risk, and the incredible stress of close personal violence is immediately at hand, the key truth emerges.

Men fight for their friends.

So said Major Brendan McBreen, who served in the US Marine Corps for 25 years, and it’s a sentiment that McFarland evokes when the topic of non-homegrown Ulster players comes up. 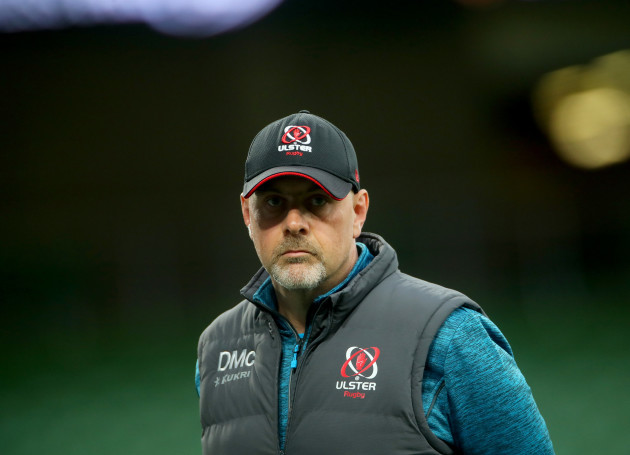 With a handful of other players of Leinster extraction in Ulster’s wider squad, some have been critical of the northern province for not producing their own players on the same scale as the Pro14 champions.

While McFarland does take pride in homegrown players starring for Ulster, he is of the belief that when it comes to the ‘fight’ of game day, it doesn’t matter where you’re from but instead who you are with.

“I always find it amazing the importance people put on which hospital you were born in,” says former Connacht, Glasgow, and Scotland assistant coach McFarland.

“I’ve got an English accent but does that mean I feel from head to toe as if I’m English? Part of me is English, yeah, but I’ve spent 15 years in Ireland, my son Thomas was born here, my daughter Alex spent all her life here. Galway is a huge home for me.

“Now I’m in Belfast and I’ve got an attachment to Ulster in my family history and I feel a part of the fabric here. 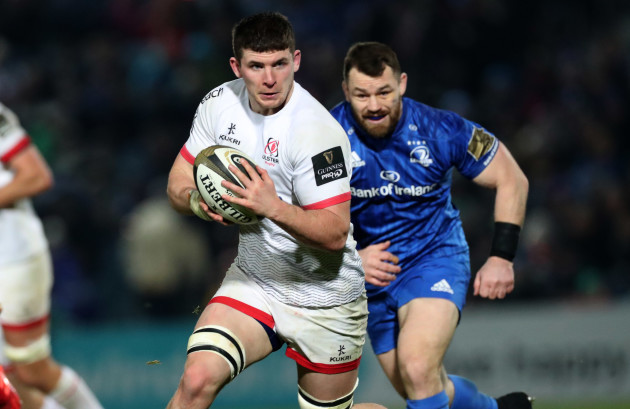 McFarland adds another quote to stress the point, citing Napolean as saying, ‘Soldiers have to eat soup together for a long time before they are ready to fight’.

“People’s identity comes from spending time with each other, from forging the bonds so that when they go onto the pitch, they’re willing to go to places they wouldn’t go normally,” says McFarland.

“It’s not a question of where you’re born. That’s not what Tom O’Toole is thinking when he’s packing down five metres from his line in the Aviva in a championship final.

“He’s bloody wondering if he’s helping Squishy [Rob Herring] out. He’s hoping that Hendy [Iain Henderson] is going to be doing everything that he promised beforehand.”

McFarland adds that he could “go on for a long time” around this topic but his stance is clear.

The work-rate and fight-for-every-inch mentality that we have seen from Ulster on a regular basis over the last few seasons are evidence that McFarland’s focus on the province’s off-field culture is paying off.

Last weekend was a crushing blow as McFarland’s men were well beaten by Leinster on a 27-5 scoreline in the Pro14 final and he admits it has taken him and his players time to recover mentally.

“With any loss, and I mean that in life, there’s a process of grieving and catharsis that you need to go through, certainly I do anyway. I think the 48 hours after the final were as difficult as I’ve done in a long time.”

McFarland explains that being part of a video call for Ulster fans on Monday night helped him to turn the page, with his excitement and enthusiasm returning in full as he listened to scrum-half Alby Mathewson talking about the next challenge. 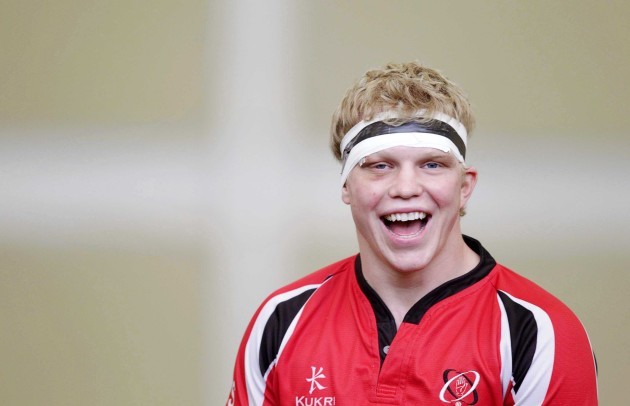 And what a challenge. Ulster’s daunting Champions Cup quarter-final trip to France for a clash with Toulouse on Sunday pits them against another of the best teams in Europe, meaning they need to get their week of build-up right.

Yesterday, the squad took a few moments together to mark the eight-year anniversary of former Ulster centre Nevin Spence’s death.

“That’s run by the guys who obviously knew Nevin really well,” says McFarland. “We set aside whatever time those guys feel is necessary to do that. It is a really poignant moment.

“One of the points the guys made to me today when I was chatting with them was that Nevin would have absolutely loved it in this group of guys because of the way they approach the game and their attitude and bleeding for the jersey.

“I didn’t know Nevin on a personal level but when guys are talking about him like that you obviously really wish that he could have been here to share it with us.”