THESE ABNORMAL TIMES mean the build-up to Shamrock Rovers’ Europa League qualifier with AC Milan tomorrow evening isn’t quite as it should be, so Graham Burke hasn’t been dealing with the scramble for tickets.

“Normally for a home game I have to get ten, the whole family come!”

In spite of the government’s slightly relenting on crowd restrictions at games, Thursday’s tie at Tallaght will be behind closed doors, in line with Uefa rules.

It is a one-off game, too, rather than being played over two legs. But some things survive even a pandemic: the Irish side are underdogs.

“You’re talking about AC Milan, one of the biggest clubs in the world”, says Burke. “I don’t think there is too much pressure on us. If we do win, it’s going to be the biggest upset in Irish football history. It’s going to be a brilliant occasion and I’m sure you all can’t wait to see how it pans out.

“These are going to be the best players that we have ever played against and the best players who have graced the Tallaght football pitch, you know. There are so many options that they have and one of the greatest strikers to ever play football is playing up front. People might not think because of 2005 and the team they had then with world class stars, but this is going to be the highest level of football that we have played against.” 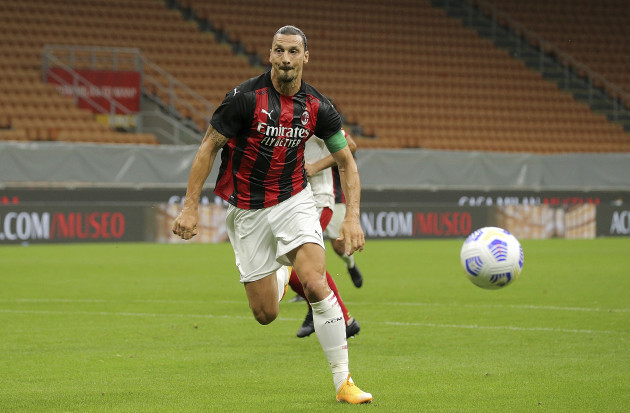 Zlatan Ibrahimovic in action for AC Milan in pre-season.

Zlatan Ibrahimovic is expected to be fit to travel with the Milan squad, with new signing Sandro Tonali expected to feature, too. Burke isn’t one to ignore the fact Milan are of a vaunted status in Europe, but he won’t be daunted, either.

Football is a game of enjoyment, if you put too much pressure on yourself going into games and thinking about things it gets complicated. You need to have discipline and work hard but you go into it with a bit of freedom and try to play your own game, because it’s going to be a game you look back on when you retire and will always stick out for you.

“Whether you played well in the game or played badly, you want to remember the game and not think of it as one that got away from you. There will be a lot of defending we’ll have to do but we have to try and play our game, whether we can play our game as free-flowing as we normally do. It’s an unbelievable occasion, you just want to try and enjoy it.

“It’s about enjoying that sort of game because you might never get it again in your life. You don’t want to let it go and not enjoy the whole build-up of the week, and then train, reading stuff in the papers because everyone will be rooting for us on the day.”

Burke himself is in good form for a Rovers side now comfortably clear at the top of the Premier Division table, and he has extended his loan stay from Preston to June 2021. Although he wasn’t included, he was name-checked by Stephen Kenny at an international squad announcement at the start of the month, with the Irish manager praising Burke’s technical ability while saying he has struggled to nail down a precise position.

“I understand where he comes from with that”, says Burke. “When I started at Villa I was a No 10, when I went to Notts County I played off the left and centre mid, I came back to Rovers and played No 10 and flourished and got a move to Preston and played on the wing. I went to Gillingham and played No. 10 but wasn’t great and now I play as a striker but with a little more freedom.

“I can see where he comes about nailing down a position. If you ask me what my position is, it’s No 10 but obviously magic man down there is No. 10 [gesturing to Jack Byrne]so for me it’s a little bit of a new position to learn but I know how to play it. We are compact the middle but I can stay higher with Greener and that’s where I enjoy it.” 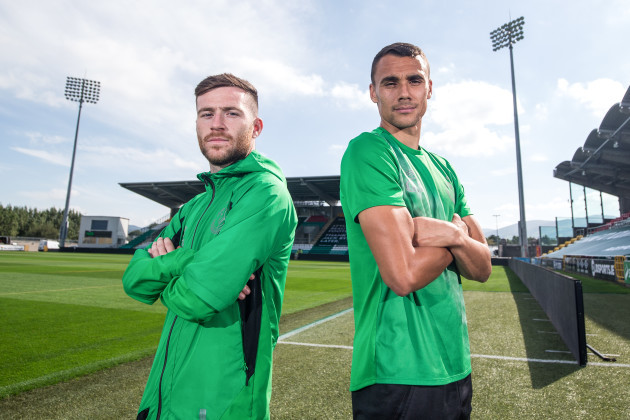 Rovers will run through their final pieces of analysis today ahead of tomorrow’s game, which will be screened live on RTE TV and on the RTE Player to viewers in the UK.

“I think all the pressure is on AC Milan”, says Burke. “For us it’s a game to relish, going out to try and beat such a team as AC Milan. If you ask anyone who has the most pressure on them, it’s AC Milan.

“They expect to be in the Champions League. When I saw the three teams that we could get in the draw, I was surprised to see AC Milan’s name in it. I’m more of a Premier League man, I don’t watch much of Serie A, I wouldn’t know where they would have finished but to see them there was such a shock. It’s just a pity that you can’t fill this [stadium]and the club can’t advertise it to get the fans in and make a lot of money for the clubs.”

One way to compensate for that loss of income, of course, is to beat Milan and earn the prize money of another round in Europe.