Sir Ivor Roberts warns of the dangers of a stronger Hezbollah in Lebanon and urges Ireland and the EU to take a tougher stance against the group.

MUCH ATTENTION HAS rightly been focussed on the awful devastation and loss of life visited on Beirut by the explosion on 4 August. Nearly 3,000 tonnes of ammonium nitrate exploded in the city’s port, killing over 150 people and injuring around 6,000.

Despite this, we should not lose sight of the renewal of the UN Interim Force in Lebanon’s (UNIFIL) mandate – a mandate that has been renewed annually for over forty years.

Its renewal presents an opportunity to reflect on, and analyse, the impact and legacy of the UN in the region. 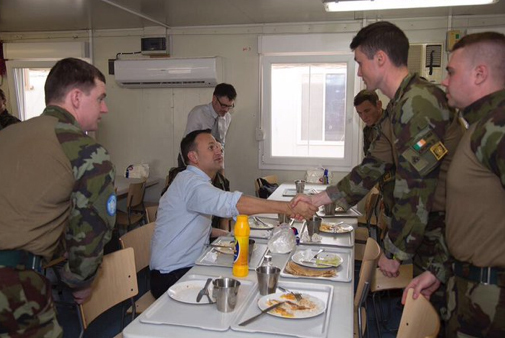 Established by the UN Security Council in 1978 to oversee the withdrawal of Israeli forces from southern Lebanon and bring international peace and security to the region, the mandate has been expanded and updated twice.

The time has come once again to expand this mandate, this time to tackle the chief operator of terror in the region – the Shiite militia Hezbollah.

Ireland continues to play a significant role in the protection of Lebanon and the Middle East from the devastation of Hezbollah and will play an enhanced role with its recent election to the UN Security Council.

Thousands of Irish soldiers have served in Lebanon, 47 of whom never returned home. Ireland currently has over 300 troops on the ground. There exists now an opportunity to achieve the peace and stability for which so many sacrificed their lives.

Hezbollah is Iran’s primary partner in terror and, since its inception, has engaged in terrorism against Iran’s enemies and its own, both in Lebanon and abroad.

It was responsible for the kidnapping and murder of Westerners in Beirut in the 1980s. Its intimate links to the Islamic Republic of Iran make it Iran’s most successful creation and it will continue to thrive so long as the Khomeinist regime continues to rule in Tehran.

In the meantime, Hezbollah spearheads Iran’s aspirations for regional domination at any cost. Emboldened by decades of lacklustre opposition, the group has projected its Iranian-inspired terrorism throughout the region, to the detriment of democracy and diplomacy.

The terrorist organisation continues to flout the UNIFIL mandate, most recently by building attack tunnels along the Israeli border in violation of the permanent ceasefire.

Over the past three decades, the terror group has woven itself into the political fabric of Lebanon.

The country’s unique approach to governance, which splits its 128 parliamentary seats equally between Muslims and Christians, has allowed Hezbollah to establish an inflated influence over the national government, which often reaches political deadlock.

Now, as French President Emmanuel Macron plans to move forward with political reform and reconstruction, Hezbollah is in a position once again to play a dangerously prominent role.

The flailing Government has all but fallen apart and elections may be looming, but it may be a moment of extraordinary leverage for European leaders to free Lebanon of Hezbollah’s influence. 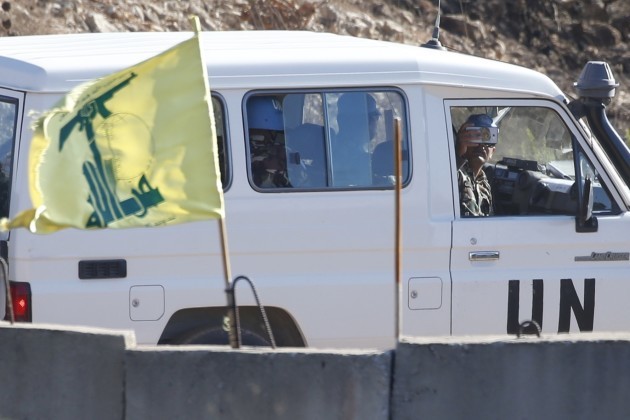 A UN personal drive pat Hezbollah flag on a concrete barrier in southern Lebanon on the border with Israel, Wednesday, Aug. 26, 2020.

Several European countries including France, Spain, Germany and the UK have banned Hezbollah completely, yet, the EU recognises only the military wing of Hezbollah as a terrorist group, perpetuating the myth that there are two branches of the organisation – an artificial distinction rejected even by Hezbollah’s own leadership.

The very basis of security in the Middle East and the safety of Lebanon’s borders will be enhanced if others in the EU including Ireland go down the same path.

And Ireland on the Security Council is ideally placed to argue for the reinvigoration and expansion of UNIFIL’s mandate.

If Hezbollah is allowed to achieve its goal of subsuming Lebanon and acting as Iran’s terrorist proxy in the region, the country will not only descend into national ruin, but it will present as a genuine geopolitical threat to the European Union and the rest of the West.

Sir Ivor Roberts is a Senior Advisor to the Counter Extremism Project, a former British Ambassador to Yugoslavia, Ireland and Italy and a former head of counter-terrorism in the Foreign & Commonwealth Office.