A sustained campaign has seen Ireland win out in the first round of voting at the UN in New York this evening.

IRELAND HAS BEEN successful in its bid for a seat on the United Nations Security Council, after a vote at the UN General Assembly in New York this evening.

Facing tough opposition from Norway and Canada in the same group of western countries – and requiring a two-thirds vote from UN member nations – Ireland received 128 votes, while Norway received 130 votes and Canada 108.

Ireland’s election the Security Council comes after a sustained campaign from the Department of Foreign Affairs and the Irish government in recent years.

Speaking after the decision was announced this evening, Minister for Foreign Affairs Simon Coveney said that Ireland would speak with its own voice on the council.

“I want the Irish people to know that this country of ours is held in incredibly high esteem across the world. You should be very proud of that, I certainly am. Throughout this campaign, we made just one central commitment, firm and unwavering, Ireland will speak as I hope we always have with our own voice,,” he said.

Authentic to our own experiences as a country that understands the immense challenges of peacebuilding and peacekeeping that has known the devastating impact of hunger and migration and the transformative power of education, particularly for girls.

Asked about the cost his department invested in the campaign to win the seat, Coveney said that Ireland “spent less that half of what Canada or Norway spent” in their campaigns.

Our return to the UN Security Council is a recognition of our work on the world stage over many decades, and we will use our presence to advance the causes we’ve championed, peace and security, conflict resolution, reconciliation, climate action, sustainable development, and gender equality.

“It’s a continuation of the global Ireland mission. Working with countries far beyond our shores, including small island developing states, and our development partners in Africa and Asia. We will work to help those countries that are most vulnerable, most fragile, most threatened by challenges facing the international community today.” 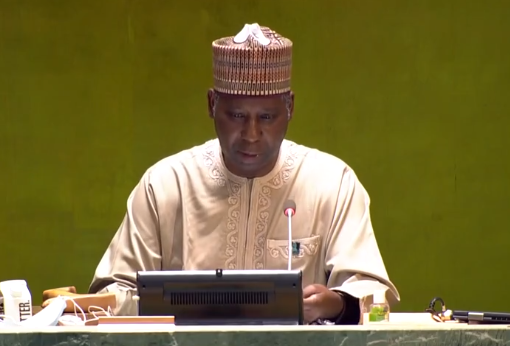 Starting in January 2021 for a two-year term, Ireland will sit at the top table of the security council for the fourth time having previously served in 1962, 1981 and 2001.

The government had dedicated a significant amount of time and energy – and money – in recent years in its bid to win a seat on the Security Council.

Ireland also looked at getting a seat on the council so it can play a role in the key decisions that will affect regions the government and Irish NGOs already provide support in across the developing world.

Alongside the support from Bono and Riverdance, Irish diplomats and dignataries have spent the last number of years aiming to convince other countries to back our bid for a seat on the Security Council.

Up against Canada and Norway, who can also boast strong records in the fields of international co-operation and development, it was seen as a tough battle to win out.

During the Covid-19 pandemic, it’s understood that high-level meetings took place virtually instead of in person with the likes of President Michael D Higgins, Taoiseach Leo Varadkar and Tánaiste and Minister for Foreign Affairs and Tánaiste Simon Coveney aiming to secure support for Ireland in recent weeks.

“The work of a dedicated team has been recognised, and I congratulate them on having brought what was a principled campaign, in a competitive environment, to both fruition and success,” President Higgins said.

“The Irish campaign demonstrated an empathy with regional issues and the importance of a practical response in support of those most affected by climate change,” he said.

“Having a record of independence in voting on issues, and Ireland’s consistent lead in advocating for a reduction in armaments, stood to Ireland,” the President added.

Ireland was widely perceived as having an authenticity that would be delivered on these issues if elected. Congratulations to all involved in the campaign and good luck to all striving for achievement of the principles of the United Nations Charter.

In a tweet following the announcement of the result, Tánaiste Simon Coveney said he is “so proud” of Ireland.

So proud of my country. Thank you to everyone for the honour of being elected to the UN Security Council @irishmissionun @UN

We did it! Congratulations Ireland, we’re back on the @UN Security Council! Well done to all the Irish team at the UN, in Ireland and around the world! @UNSC ⁦@irishmissionun⁩ pic.twitter.com/FBse26tsef

Sinn Féin President Mary Lou McDonald welcomed the news but warned that this must not be a wasted opportunity to advance the cause of human rights.

“Ireland must speak out on concerns about human rights abuses without fear or favour. We have a responsibility and a duty to use this seat to be a voice for marginalised and oppressed people around the world,” McDonald said.

She added that “work on advancing the recognition of the State of Palestine must be among the key priorities for the upcoming term”.

In its own words, the UN Security Council “has primary responsibility for the maintenance of international peace and security”.

All member states of the United Nations – of which there are 193 – are said to be obliged to comply with the council’s decisions.

It has 15 members and each member has one vote. Five of these have permanent seats on the council – China, France, Russia, the UK and the US. Each of these has the power to veto significant resolutions.

It calls upon parties in a dispute to settle it through peaceful means. In some cases, it can resort to imposing sanctions or authorise the use of force to “maintain or restore international peace and security”.

However, tensions between the permanent members can often mean a lack of consensus and it’s understood Ireland hope to use a seat on the council to act independently and advance national interests while supporting sustainable development goals across the developing world.

With reporting by Hayley Halpin and Rónán Duffy