The actor is suing the tabloid’s publisher and its executive editor over an April 2018 article which referred to him as a “wife beater”.

JOHNNY DEPP IS in breach of a court order for failing to disclose texts, which apparently show him trying to obtain drugs, to The Sun’s lawyers ahead of his libel trial against the newspaper.

The 57-year-old actor is suing the tabloid’s publisher, News Group Newspapers (NGN), and its executive editor, Dan Wootton, over an April 2018 article which referred to Depp as a “wife beater”.

The article related to allegations made against Depp by his ex-wife, actor Amber Heard (34), that he was violent towards her during their marriage – claims he strenuously denies.

Adam Wolanski QC argued that the Hollywood star was in “serious” breach of a court order because he had not given NGN’s legal team what he referred to as the “Australia drugs texts” between Depp and his assistant, Nathan Holmes.

The messages, sent in late February and early March 2015 – shortly before an alleged incident in Australia between Depp and Heard, which she claims was “a three-day ordeal of physical assaults” – demonstrated that Depp was trying to get drugs during the Australia visit, Wolanski said.

He told the court that references to “happy pills” and “whitey stuff” showed Depp was trying to obtain MDMA and cocaine, which he argued was “profoundly damaging to his case”.

But Depp’s barrister, David Sherborne, said the messages were not relevant as they did not relate to the allegations of domestic violence, and said Depp had been frank about his drug-taking history.

He said: “The issue in this case is whether the defendants can prove that the claimant committed serious domestic violence and put Ms Heard in fear.

“It is not about whether Mr Depp asks for drugs.”

In a ruling today, Mr Justice Nicol found that Depp had breached an “unless order” requiring him to disclose documents from separate libel proceedings against Heard in the US.

The judge said: “The Australian drug texts were adverse to the claimant’s pleaded case and/or were supportive of the defendants’ pleaded case.”

But Mr Justice Nicol did not make a declaration that Depp’s case was automatically struck out, and said the actor’s application for “relief from sanctions” would be heard later today.

During last week’s hearing, Wolanski said Depp subjected Heard to a “three-day hostage-taking situation” in Australia while he was taking MDMA and drinking heavily. 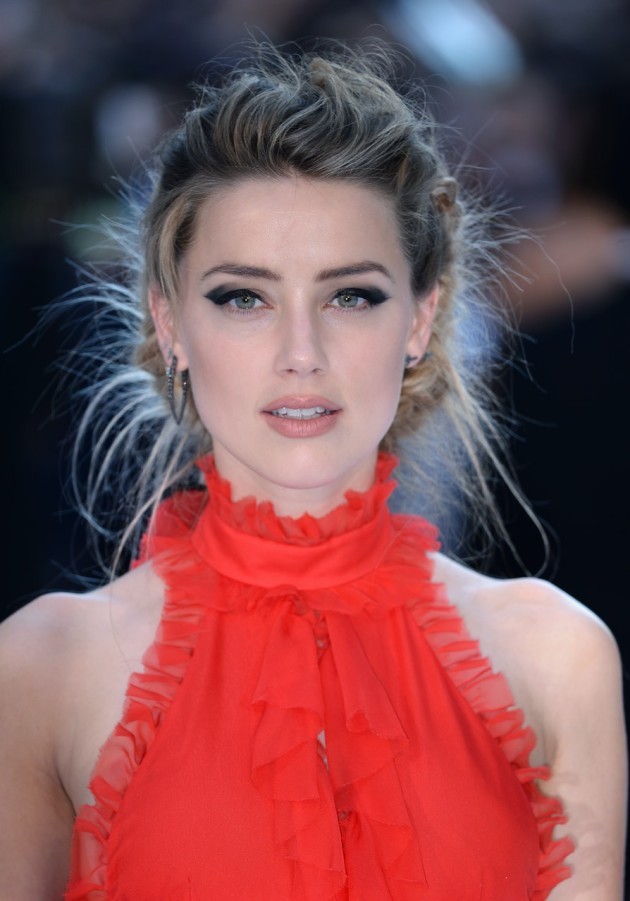 Amber Heard alleges that Johnny Depp was violent towards her during their marriage.

The barrister said Heard alleges she was subjected to assaults after she challenged Depp for taking a number of pills and washing them down with red wine.

Depp “expressly denies” that he took the drugs, that Heard found a bag of pills or that the pair had any conversations about drug use during that time, and claims Heard went into “a prolonged and extreme rage” after a discussion of a postnuptial agreement.

His barrister said NGN’s legal representatives have had access to the text messages as they form part of the evidence in separate US libel proceedings Depp has brought against Heard, and that Depp is aware they have been given access to those documents.

The alleged incident in Australia is one of 14 separate allegations of domestic violence, between early 2013 and May 2016, that NGN relies on in its pleaded defence to Depp’s claim.

A three-week trial at the Royal Courts of Justice in London – which was due to start in March, but was delayed because of the Covid-19 pandemic – is listed to begin on 7 July, with Depp’s former partners Vanessa Paradis and Winona Ryder among the witnesses expected to give evidence.

The court has heard that Depp intends to travel from his home in France to London to give evidence, while Heard is believed to have already travelled to the UK from California.

The libel claim against NGN and Wootton arises out of publication of an article in The Sun in April 2018, under the headline: “Gone Potty – How can JK Rowling be ‘genuinely happy’ casting wife beater Johnny Depp in the new Fantastic Beasts film?”

The headline of the online article was amended shortly after publication to remove the words “wife beater”, but still referred to “overwhelming evidence” that Depp “engaged in domestic violence” against Heard.

Depp has brought separate libel proceedings against Heard in the US, which the court has previously heard are “ongoing”.

The pair met on the set of 2011 comedy The Rum Diary and married in Los Angeles in February 2015.

In May 2016, Heard obtained a restraining order against Depp after accusing him of abuse, which he denied.

The couple settled their divorce out of court in 2017, with Heard donating her $7 million US dollars (about €6.2 million) settlement to charity.

Comments are closed for legal reasons.