Meanwhile, the ‘eye-opening’ Stephen Larkham is making a big impact on the squad.

THE FOCUS IN recent weeks has understandably been on the big-name additions to Munster’s senior squad but Johann van Graan’s men are also very excited about the potential of the young players breaking into their set-up.

Tighthead prop Keynan Knox, back row Jack O’Sullivan, wing Liam Coombes, hooker Diarmuid Barron, and centre Alex McHenry have all graduated from the academy into the southern province’s senior squad this summer, while there are several other highly-rated talents hoping to make the same jump in the future. 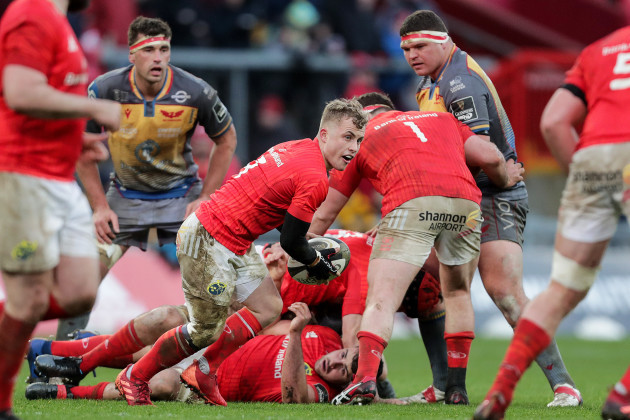 21-year-old scrum-half Craig Casey is an exciting prospect for Munster.

Second row Thomas Ahern and out-half Jack Crowley were two of the latest to signal their potential with the Ireland U20s, impressing earlier this year as they followed in the footsteps of fellow academy players like Jonathan Wren, Sean French, Jake Flannery, Josh Wycherley, James French, Eoghan Clarke, and Jack Daly.

Dynamic back row John Hodnett and intelligent out-half Ben Healy have already made an impression for the senior team, while lock pair Paddy Kelly and Eoin O’Connor will be aiming to push on this season.

Add in Crowley’s fellow Year 1 recruits, hooker Scott Buckley and back row Alex Kendellen, and Munster have a crop of promising players they’re excited about.

Johann van Graan has been keen to integrate academy players into the senior set-up more often in recent seasons and has done so again this summer. Meanwhile, the players who have already moved onto senior contracts are standing out in training.

“I know you guys are aware of it but even watching them in training, they seem ready already but they’re eager to learn and they have a great attitude, which is as important as the talent.

“You all know about Craig Casey but he’s just so impressive. He’s leading as a 21-year-old. He’s leading by his attitude and his competitiveness. He’s barking at people. Obviously, he’s young and he’ll make mistakes along the way but that’s the attitude that they all have in a certain way.

“They’re all built from a similar stock so it’s really exciting. As much as we will be taking them under our wing, we’ll be learning from them and hopefully, they’re kicking the door down trying to get spots in the team.”

Munster’s production line has been criticised at times in recent years but Conway is convinced the current crop of emerging players and academy hopefuls have what it takes. 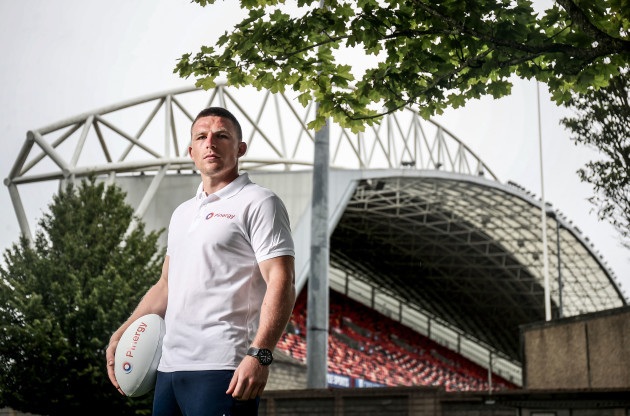 Andrew Conway was speaking as Pinergy announced a re-brand.

The Ireland international feels the young talent will drive better performances from established players too.

“It pushes us obviously because there’s a few lads coming up behind us here who are looking good. It pushes the standard in training, it’s not where you’ve got a couple of young lads who are coming in and they’re fresh and they’re a bit rattled to be even in the session and just trying to get through it.

“These lads are coming in and pushing the standards and having a bit of craic, talking a bit of shit. It actually just creates a really enjoyable environment and a lot of them are just really good young lads. There’s no airs or graces about them. They want to work. They want to get into a Munster team. It’s brilliant I must say.”

Of course, Conway is excited about Munster’s new recruits from outside the province – RG Snyman, Damian de Allende, Matt Gallagher, and Roman Salanoa – although the staggered nature of returning to pre-season training in small groups at first means he has yet to get to know them all.

“I’ve seen very little of RG other than seeing him from a mile away and thinking, ‘I’ve never seen something so big.’ I haven’t seen much of Damian at all, he’s in a separate group to me.

“I’ve seen Matt Gallagher who was in my group for a couple of weeks. He’s a lovely fella, ambitious. Big fella, which I was surprised about, I think he’s in the high 90s kilos. He has a good left foot on him. Roman, again, is in a different group from me but I’ve seen a bit of him and he looks like a proper athlete.”

Conway is also enthusiastic about the impact Munster’s now-settled coaching staff are making, with senior coach Stephen Larkham’s input on attack now clearer than ever without the distraction of the World Cup that existed last summer, when 12 Munster players were away for the Australian’s first few months with the province.

“We came back from a tough World Cup and you’re just trying to fit straight back in and the lads were going really well,” says Conway. “And the international players probably didn’t do any favours for Munster last season if you look at the results.

“Obviously, we’re playing more so in the European Cup and potentially against tougher opposition at times but as a team, Munster were playing better more often than not with the lads who had been there from the start, if we’re being honest about it. 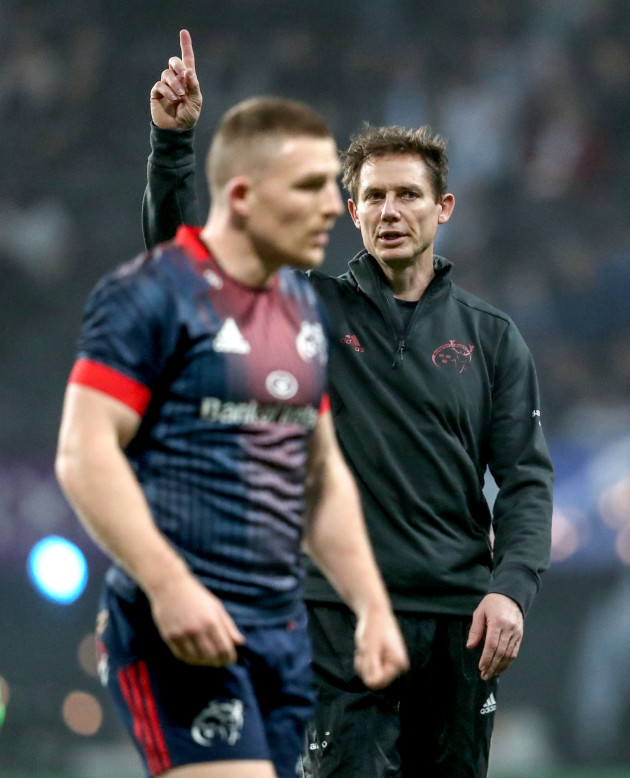 “That’s no ones fault necessarily because it was a tough – you had 12 of us coming back into a new system trying to fit straight back in. It wasn’t ideal, that’s no secret, that’s no news to anyone.

“But this year, we’ve had the break, we’ve had meetings over a period and I’ve been in Steve’s group the whole time, so five or six weeks back into it. It’s honestly eye-opening the stuff this fella knows and the way he thinks about the game and the way he thinks about the physical side of it, the skill level, the mental side of it, the mental application and how you marry them together.

“And again I can say all this and the proof will be in the pudding but that’s how I feel.”

Munster’s first chance to show their excitement will be against Leinster at the Aviva Stadium on 22 August in the Pro14, the perfect fixture for the return of rugby.

Conway explains that Munster are taking a knock-out rugby mindset into that game and the one versus Connacht the following week before they hope to move onto a Pro14 semi-final and final.

“Inter-pro is always the easy ones to latch onto in the calendar but even more so now because they’re essentially knock-out rugby if you look at it from our point of view in terms of points accumulated and what we need,” says Conway.

“We need a win, ideally we get two wins obviously to guarantee a semi-final or home semi-final, whatever it might be. The way we’re looking at is that it’s knock-out rugby straight from the get-go, so that’s going to be the mindset we’re going into it with.

“To start off your season after however many months off with Leinster in the Aviva, it doesn’t get much tougher than that. It’s great and I think we’re in a relatively good place considering, things are coming together for us hopefully.”

Andrew Conway was speaking as Pinergy re-branded ahead of the return of competitive Irish rugby. Munster fans across Ireland can enter a competition for the chance to “fanergise” the Munster Rugby team by giving them a virtual team talk ahead of their first game back against Leinster in the Guinness Pro14. Fans can enter on Pinergy’s social channels: Instagram / Twitter / Facebook.