Here’s how the Sky broadcast of the restarted Premier League will look from tomorrow, along with an explanation of how the piped-in crowd noise works.

SKY SPORTS MAY or may not have invented football back in 1992, but they’ve definitely spent the last few weeks reinventing themselves.

Their live coverage of the Premier League resumes tomorrow, and broadcasting from empty, socially-distanced and biosecure stadia has posed a host of major challenges.

While some games will be delivered from studio in London, Sky will have a presenting team live from each of tomorrow’s games. Kelly Cates and Jamie Redknapp will be at Villa Park for Aston Villa’s clash with Sheffield United, while Dave Jones will be joined by Micah Richards and Jamie Carragher from the Etihad Stadium for City against Arsenal.

They won’t be allowed pitchside, and the studios in the stand will be off-limits too, so they’ll be broadcasting from the stands.

Although some games will be shown on Monday nights, and pundits will still have access to their various bits of technology – including Carragher’s Futuramaesque VR headset – Monday Night Football won’t return in its traditional guise of a four-hour broadcast due to the sheer volume of games to be shown over the next six weeks.

Only one Sky cameraman will be allowed pitchside for games, and thus he/she is being Covid-tested in the same manner as players, coaches and officials.

With the tunnel off-limits to camera operators, Sky have been allowed to install a fixed camera in each tunnel. That’s just about the only concession they’ve been given: speculation they would be granted additional access like dressing room cameras or in-game interviews have not materialised.

Pre and post-game interviews with players and managers won’t take place in the tunnel and will instead be pitchside, with a reporter asking questions from two metres away.

Commentators will be at games in the gantry, albeit sitting two metres apart. These distancing regulations mean Sky will also be down a couple of camera angles. While they have all of the angles they usually use for games, they don’t have the full complement they reserve for the most high-profile fixtures.

“It’s our job to make sure that when you’re watching at home, it doesn’t feel like anything different,” says Steve Smith, Executive Director of Content at Sky Sports. 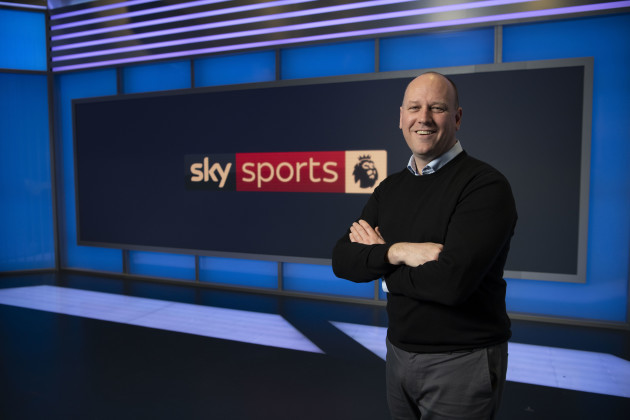 The most striking difference, of course, will be the empty stands. Sky aren’t indulging in the Playstation-One-era-Sims-graphics La Liga have emblazoned on their broadcasts, and are instead prioritising sound.

They will be showing games with artificial crowd noise along with in-ground sounds and commentary on the Sky Sports Main Event channel, while those who wish to watch with only commentary and the organic shouts and echoes of the stadium will be accommodated on the Sky Sports Premier League channel.

(The games being shown free-to-air on Sky One will carry the crowd noise.)

The artificial crowd noise is packaged as Sky Sports Crowds, and has been developed with EA Sports.

Sky have been sending the computer game company sounds they’ve recorded at games for years, to soundtrack virtual matches in EA’s series of Fifa video games. Hence if you play a Liverpool/Manchester United game at Anfield on Fifa, it will be scored to shouts, screams, cheers, howls, and chants recorded on past Sky broadcasts of that fixture.

Sky are now using that audio to enhance these biosecure games. Each broadcast will have an audio bed of a burbling crowd beneath it, and a sound mixer watching the game live will add further layers of sound on top of that in response to the action on the field.

To give an example: if Liverpool go on the counter-attack in a game at Anfield, the sound mixer watching along will add an “anticipation bed”, which is the shorthand title for a recording of supporters reacting to previous counter-attacks.

If you’re the kind of fan who has mocked Liverpool supporters for chanting too often about the past, you can soon watch games where they will chanting from the past.

Fans can influence the broadcast sound in real-time under a separate Sky product, which they’ve called Fanzone. Fans will be invited to vote in real-time polls for a chant/song which will then be generated over the live match broadcast. (This is going to be broadcast on the Sky Sports Football channel, so will remain optional for viewers.)

There may not be a full library of fan chants, however, as Sky are likely to encounter usage rights over certain songs. Fans of each Premier League club at Sky have been working with the music department on a list of songs that can be cleared for use.

The atmosphere enhancements go live with Villa/Sheffield United tomorrow night, although Sky’s sound department have been practicing by using it over tapes of U23 games staged in nigh-empty Premier League grounds.

This sound mixer will work alongside a second mixer doing the usual job of mixing the sound generated within the stadium, and these will be blended together.

It’s this sound mixer’s job to be on guard against swearing picked up from players and coaches. There are strict rules around swearing on television before the 9pm watershed – it’s why you’ll hear presenters and commentators apologise for any broadcast profanity – so any mics picking up on-pitch swearing will be briefly muted. 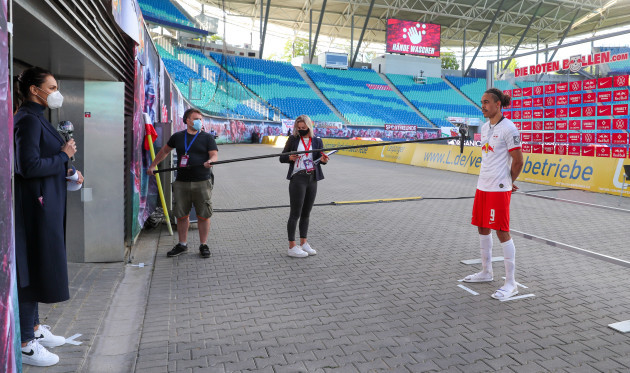 Smith says his colleagues at Sky in Germany have not noticed any major increase in the amount of swearing picked up from the pitch since the Bundesliga resumed last month.

Smith says these last few months – from figuring out how to keep Sky Sports’ News rolling, 24-hours broadcasts going to preparing for the return of live Premier League games – has been his biggest professional challenge so far.

It’s going to be unrelenting once the action starts, as Sky will broadcast more than 100 live games in the next six weeks across the Premier League, Championship and Football League play-offs

“We’re doing over 100 games in 40 days”, says Smith. “Someone told me today that it’s the equivalent of doing two World Cups with two weeks to plan for them. It’s certainly a challenge, but everyone has risen to it.”

Sky Sports will show 64 Premier League matches – 39 exclusive to subscribers and an extra 25 available more widely on Sky One. Premier League action returns with a double-header on 17 June.