Jack Sheehan says the EU’s policy on refugees is inhumane and that Irish citizens must hold MEPs to account.

EVERYTHING THAT IS human in us says that someone in trouble at sea must be rescued, no matter how they got there. These impulses are codified under the International Convention for the Safety of Life at Sea, which states that any vessel in distress must be aided, regardless of the circumstances.

Here in Ireland, last month, we witnessed a scene of uncomplex joy. Two women, cousins, friends, were blown off course by strong winds. They survived a terrifying night lost at sea. Found by two local fishermen, their delight was savoured by the whole country.

There is something transcendent about human beings, lost in the vast ocean, being found again. As an island nation, we understand the terrible power of the sea.

Communities on every coast have experienced the tragedy of shipwrecks and drownings. Whether a century or a year ago, they still bear the memorials and the losses.

Where is the Convention now?

In the last six years, an estimated 20,000 people have died trying to cross the Mediterranean. The actual number is likely higher. Every year we see an escalation of the violence towards people seeking safe harbour.

The “Social Democratic” government of Denmark seizes their assets. The “liberal” French administration demolished their temporary dwellings at Calais. A neo-fascist Italian government closed its ports to refugee ships. When that government collapsed, the next continued harassing rescue boats.

According to the New York Times, “Refugees in Hungary have been caged, starved and denied legal representation.” Lost in the Covid-19 pandemic was the news that the EU covered up outrageous brutality by the Croatian border police.

Perhaps the worst treatment is enacted in Europe’s detention regimes, from our own Direct Provision system to the “living hell” of Moria, a Greek facility so horrific that in 2019, a Syrian man set himself on fire in the camp.

Overnight, a devastating fire ripped through the camp as residents remained in Covid-19 lockdown. The camp was at over four times its capacity and the fire has all but destroyed it, prompting the over 12,500 refugees who had been ‘living’ there to flee. 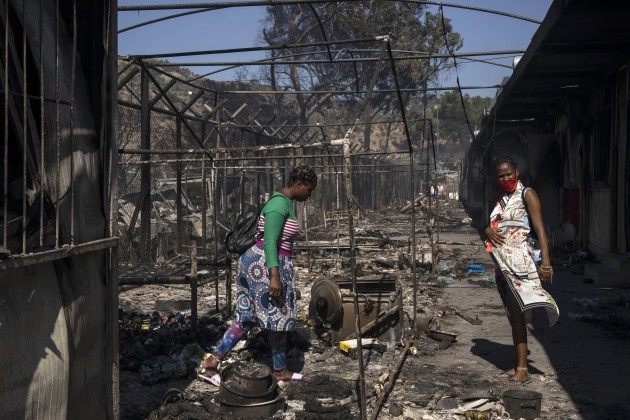 Moria is, in Rachel Donadio’s words, “where Europe’s ideals—solidarity, human rights, a safe haven for victims of war and violence—dissolve in a tangle of bureaucracy, indifference, and lack of political will. It is the normalisation of a humanitarian crisis. It is the moral failure of Europe.”

The future is bleak and uncertain now for those 12,500 women, children and especially young men who were at Moria. Nowhere is the moral failure more acute than in the declining fortunes of the EU’s search-and-rescue work.

The Italian government launched Mare Nostrum, a major search-and-rescue operation, in 2013. It saved thousands of lives before it was replaced by Operation Triton, which was smaller, focused less on rescue and more on border defence and coordinated through Frontex, the EU’s border security force. It led to more deaths at sea.

Can we remain neutral?

There has been steady pressure from larger nations within the EU to abandon our military’s traditionally neutral stance in favour of a more unified EU foreign and military policy, particularly since the Lisbon Treaty ratification and Ireland’s entry into the PESCO defence agreements.

We are rightly proud of the Irish Navy’s participation in search-and-rescue missions in the Mediterranean, halted since early 2019 on European orders. This work was in our best traditions, our modest, defensive military employed to save lives.

Over the last decade, the EU has phased out search-and-rescue work, which has in turn added pressure to borders, bringing an escalation of violence. Governments across the continent fell to immigration hardliners or simply adopted the methods of the far-right. In many cases, there was no need for a “populist” takeover.

Establishment parties proved fully capable of stoking fear of immigrants and imposing harsh rules to keep them out. Ursula von der Leyen, the new European Commission President, immediately announced the creation of a “Vice President for Protecting Our European Way of Life”, a title so reminiscent of far-right language that it made even her fellow bureaucrats uncomfortable.

EU not beyond reproach

The EU has also learned from international example. Conditions at Moria were at least as bad as those in the camps on the Mexican-American border, roundly decried in polite European circles.

But the regime that the EU has created, with sea pushbacks, island prison camps and grubby deals with poorer nations to warehouse people offshore, most resemble Australian government policy.

Australia proved the potency of a political appeal based around a refusal to allow persons seeking protection to land on the soil of the nation. That this necessitates a costly and brutal offshore detention system is of secondary concern. It’s good for winning elections.

Over the last few months, in a highly secretive operation, Greek state forces have rounded up over 1,000 people, including children, from detention centres, taken them to sea on fragile, overloaded rafts, and left them there.

Thirty-one times they have taken people into danger and abandoned them, a dark mirror of a sea rescue.

Just as our humanity rejoices at the salvation of two Irish women, it must be repulsed by these actions. We cannot allow our outrage to be dissolved in the European administration’s polite excuses. This is a moral horror that cannot be ignored.

But this is not solely the fault of Greece or any individual nation. Greece was shown no mercy by the EU after the financial crisis. Its government was humiliated, its economy ripped to shreds, and its living standards fell to levels seldom seen outside of wartime.

It was then expected to handle a humanitarian crisis virtually alone. This horror is not solely the creation of a right-wing government in Athens, it’s the result of decisions made in Brussels, Paris, and Dublin. 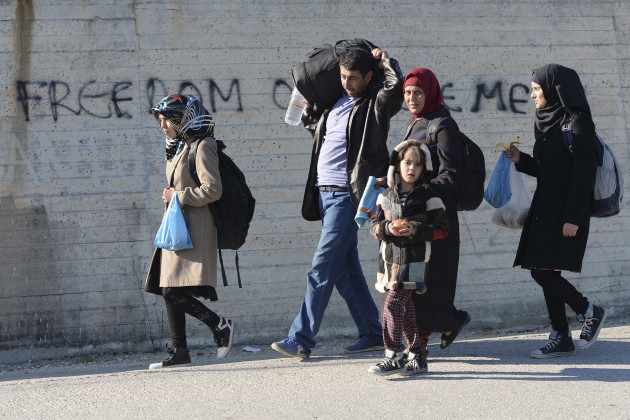 The EPP are the ones driving the militarisation of our borders. Irish MEPs from the EPP voted to stop the rescue boats and were strongly criticised for it.

We must ask ourselves as Irish people whether we condone this. If these are the values we are trying to preserve, what does it mean to be European? If this is the true face of the EU, is it time for us to take a much more critical stance towards it?

Mare Nostrum means Our Sea. The Mediterranean belongs to us all. If being a part of the EU means anything, it means shared responsibility. These lives, these deaths, are on our hands. It’s time we started acting like it.

Jack Sheehan is a writer, photographer and PhD researcher in History at Trinity College Dublin.