On World Suicide Prevention Day our reader details her struggles and experience of the Irish mental health services.

Today is World Suicide Prevention Day and to mark the event, one of our readers has decided to share her story of suicide attempts, self-harm and her experiences within the mental health services in Ireland:

YOU’RE GOING TO be ok, we’re going to get you through this.’

I distinctly remember these words, spoken to me with genuine concern after my first suicide attempt. I remember the doctor who stitched me up with such compassion, and the nurses who sat with me, comforting me and buying me coffee while we waited for transfer to the psychiatric hospital.

I also remember the less comforting words, when that attempt wasn’t successful and was later followed by more. Each attempt gradually eroded the patience and understanding of some of the staff I met.

‘This is nonsense’ or ‘it’s her, again’ were the comments I heard. More difficult to convey are the smirks, the sighs and the rolled eyes. I remember feeling that their handling of me after the first time was less compassionate, the stitches less anaesthetised and the general feeling was that I was wasting the staff’s time.

On these occasions, looking around the emergency department, I knew that other patients were there for a myriad of reasons – many of which could have been prevented. Were they also wasting the time of the staff?

Take for example the man with pneumonia, who struggles to give up his smoking habit. Or the elderly lady with heart failure who neglects to take her fluid retention tablets. Should we scorn the patient with skin cancer who failed to apply factor 50 at each sun exposure? I could go on.

It’s hard to think of an illness affecting our adult population which isn’t at least partly attributable to our own failure to exercise/eat well/not smoke/avoid stress.

Looking back now, it’s hard to believe I was ever in such a bleak place. I certainly never imagined I would be. I wonder actually if that is what makes it so hard for people to be empathic to those struggling with their mental health – a feeling that they could or should be able to ‘cop ourselves on’. If only it were that easy!

My journey started when my second child was less than one. The depression came on gradually, then suddenly worsened and I ended up in a very dark place for the best part of a year. I spent a lot of time in hospital away from my children who I missed terribly.

Thankfully, the deepest part of me knew that I wanted to keep fighting for them, even when my depressed mind told me they would be better off without me. Such is the extent to which mental illness can completely distort your thinking.

Two years later – the difference in me is clear. I know this is probably a lifelong journey, but I am so much stronger. I was lucky to have an amazing support network and a mental health team who didn’t give up on me listened and gave me the treatment I needed. For me, this treatment included both medication and therapy, both immensely helpful. 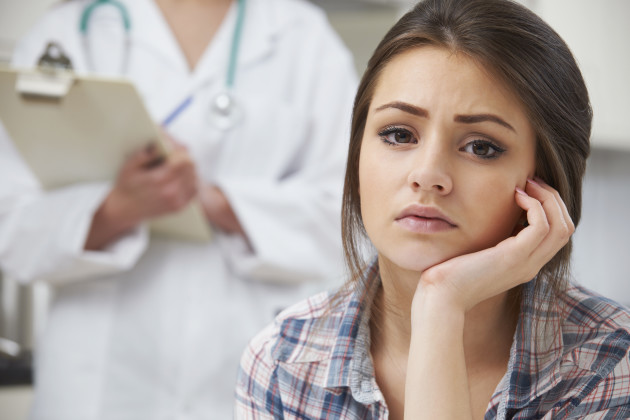 Each and every one of those people has my utmost respect. However, it is much rarer to hear people talk about their struggle with self-harm (SH) and suicidal ideation (SI). And I firmly believe this is killing people in Ireland.

The conversation around these difficult topics needs to start. It cannot remain taboo any longer. A history of self-harm is a major risk factor for completed suicide.

Unfortunately, many people struggle with suicidal thoughts or SH on an ongoing basis, and the repeated nature of their attendances at emergency departments (or elsewhere) can lead to understandable frustration from staff, who are undoubtedly under pressure.

How you treat people matters

It is my experience that our attitude towards those struggling with SH or SI can make a world of difference. Within the confines of the psychiatric hospital I spent some time in, I felt compassion and respect from the vast majority of the staff, hard-worked as they were.

In fact, the unconditional positive regard that I (mostly) experienced, played a major part in my recovery. I eventually believed them when they said this wasn’t my fault, and that I would get better. I can say the same for many of the staff in general hospitals.

However, the negative experiences also stay with people, and if we could minimise those perhaps it would be another step in the right direction for both de-stigmatisation of mental health and the individual concerned.

People notice how they are treated. No-one comes for help with SH or SI because they are doing well. No-one comes because it is fun to spend hours in an emergency department waiting for stitches. No-one comes to waste the time of the staff.

Stigma not just in the system

Outside of the healthcare setting, I think people genuinely struggle to know what to say or do when a loved one is struggling with SI/SH. Indeed they may not even be aware of it, only that the person is feeling sad or down.

According to the 3ts, an Irish charity working to help prevent deaths by suicide some warning signs of Self Harm include:

There is a needless sense of shame attached to these thoughts and actions, often fuelling a self-perpetuating spiral of despair. This is where training in mental health first aid and general education and conversation about SI/SH could make a real difference.

We are all human, all struggling in our own ways. Connection with a compassionate other can make all the difference. It can lead to eventual self-compassion and thus provide a starting point for recovery.

I hope that sharing my experience will help people feel less alone, and raise awareness of the importance of how we treat people, especially when they are at their very lowest point.

This is the number one thing I want to teach my children – be kind. We have no idea what battles a person is facing, and there but for the grace of God go any of us.