That’s according to new research from Northern Ireland.

PINE MARTENS COULD be the answer to controlling grey squirrel populations and saving red squirrels in cities and towns if more woodland areas are introduced, new research from Queen’s University Belfast has shown.

Research on interactions between pine martens, red squirrels and grey squirrels was published today in the Journal of Applied Ecology.

The grey squirrel is known to be a threat to the existence of red squirrels and has resulted in a declining population of the species. The pine marten is a rare, predatory mammal that is native to Ireland.

Lead author of this research, Joshua Twining, said the decline of red squirrels could change if pine martens were present in areas with grey squirrel populations (towns and cities).

“This has already been shown before, but not on a scale like this.”

The pine marten can have a natural biological control over the grey squirrel, but at the moment, populations of grey squirrels in urban parks are likely to continue due to a lack of woodland space for pine martens.

The Queen’s study assessed data from 332 woodland areas across rural and urban parts of Northern Ireland.

Motion-triggered cameras were set up at several locations to capture evidence of the pine marten, red squirrel and grey squirrel existing in the same place.

Models were then used to predict the future distribution of these three species.

The predictions show that, if nothing changes, grey squirrels will persist in urban parks if pine martens continue to avoid areas of human settlement. 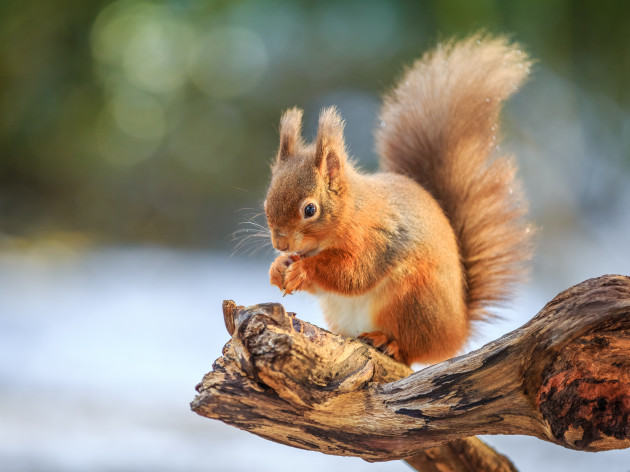 If pine martens had more forest space in an area where there were grey squirrels, the research suggests it could lead to the extinction of the grey squirrel.

The research also found that red squirrels are responding well to the growing presence of the pine marten across Ireland and Britain.

Joshua Twining said there should be an increase of forest cover in both Ireland and Britain to accommodate this development.

“Research on this area is really important, especially in Britain and Ireland because we have such a history of maligning and persecuting our predators,” he said.

Twining added that research like this shows the “incredible benefits” in seeing the return of some small predators like the pine marten.

For red squirrels to recover in a meaningful way, the research team said funding and human implementation of conservation efforts are required.

“As the pine marten does not occupy urban areas anywhere within its European range, it is not likely to be the sole solution to the invasive grey squirrel,” Twining said.

“If action is not taken to support the pine marten in the long run, we may see a reversal of their current success, and doom our native red squirrels.”

The group behind this research is currently looking to hear from people experiencing conflict with pine martens. All answers will remain anonymous and confidential.

The researchers are interested to hear from people who keep chickens, keep bees or are involved in the shooting or rearing of game birds.