Here’s how some other countries are getting on with coronavirus restrictions at the moment.

THE GOVERNMENT LAST night announced it would be moving the entire country under Level 3 Covid-19 restrictions for the next three weeks.

This followed a recommendation from the National Public Health Emergency Team (NPHET) to bring the country under Level 5 restrictions.

The government rejected this recommendation and instead decided to enter into Level 3.

A number of sources have expressed serious concerns to TheJournal.ie that Ireland would be the only country in Europe to have such an approach to Covid-19 if Ireland entered into Level 5.

So far, there have been more than 5.4 million Covid-19 cases and over 226,800 deaths reported in Europe with restrictions varying between countries.

Let’s take a look at the restrictions currently in place in some other European countries, and the deciding factors for when the measures are introduced. 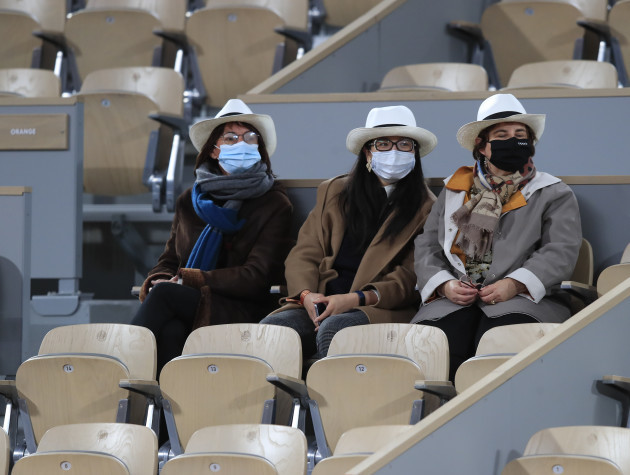 Spectators watch a fourth round match of the French Open tennis tournament in Paris earlier today.

France has had a large increase in coronavirus cases in recent weeks, with nearly 17,000 new cases announced on Saturday.

Figures from the French regional health agency ARS show the 14-day incidence rate in Paris is above 250 per 100,000 people.

This incidence rate immediately results in the implementation of the maximum alert protocol, which has already hit the southern cities Aix-en-Provence and Marseille and their surroundings, as well as the French overseas territory of Guadeloupe.

This is the second highest alert level, behind only a state of emergency.

The new measures kick in from today. Restaurants are permitted to stay open with tighter restrictions in place.

These restrictions will include making sanitising hand gel available at each dining table, limiting patrons to six at a table with at least a metre between seats, and allowing customers to remove their masks only for eating.

Festive gatherings are banned and all bars must close. The new restrictions will be in place for at least the next two weeks.

Cinemas, theatres and museums will remain open with strict rules, but fairs and professional shows will not be allowed.

The director of the Regional Health Authority, Aurelien Rousseau, said about 3,500 new cases of infection are confirmed on average each day in the Paris region. 36% of ICU beds in the area are occupied by Covid-19 patients.

In total, 32,230 virus-related deaths have been reported in France. 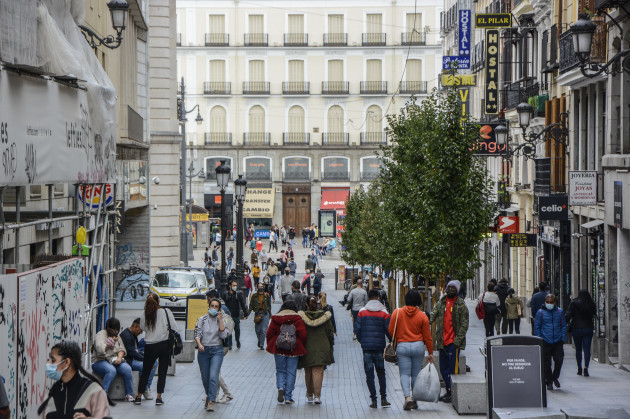 People wearing face coverings walking on the street in Madrid.

Last Friday night, Spain’s capital Madrid entered a partial lockdown, with police controlling travel in and out of the city.

The measures prohibit all non-essential trips in and out of the capital and nine of its suburbs — affecting around 4.8 million people.

Restaurants must close at 11pm and shops at 10pm, and reduce occupancy to 50% of capacity.

The government orders only allow people to cross municipal borders to commute for work, for a medical appointment, legal errands or appointments with a governmental administration.

The BBC reported last week that a majority of Spain’s regional governments voted in favour of imposing restrictions in areas with more than 100,000 people if they had 500 cases per 100,000 people, 35% patient occupancy in intensive care units, and a positivity rate of 10% in coronavirus tests.

Spain has confirmed 770,000 Covid-19 cases since the onset of the pandemic.

The country has a current 14-day incidence rate of 319 cases per 100,000 residents, according to the European Centre for Disease Prevention and Control (ECDC).

More than 32,000 people have died so far from the virus in Spain, according to the health ministry. 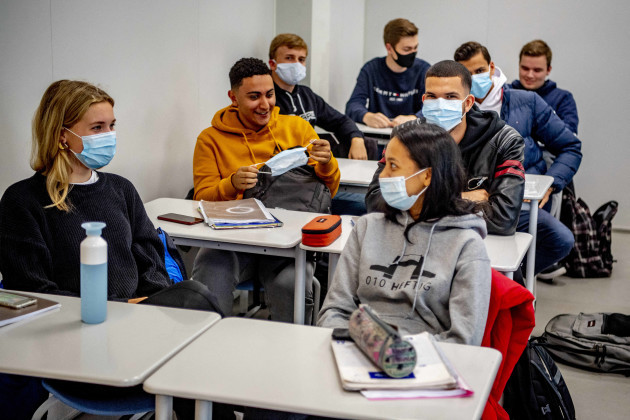 Last week, Prime Minister Mark Rutte announced that all pubs and restaurants must close from 10pm for three weeks, and said fans would be banned from matches.

He also advised people to wear masks in supermarkets and other indoor settings in the country’s three biggest cities: Amsterdam, Rotterdam and The Hague.

Shops are permitted to deny entry to anyone not wearing a face covering.

From today, it is recommended to wear face coverings in secondary schools at certain times such as break times and when changing classes.

The Netherlands has mostly avoided the strict lockdown measures introduced in many other countries including Ireland, preferring a so-called “intelligent lockdown” and refusing to order the wearing of masks.

The current incidence rate of the virus in the Netherlands is 243 per 100,000 people. 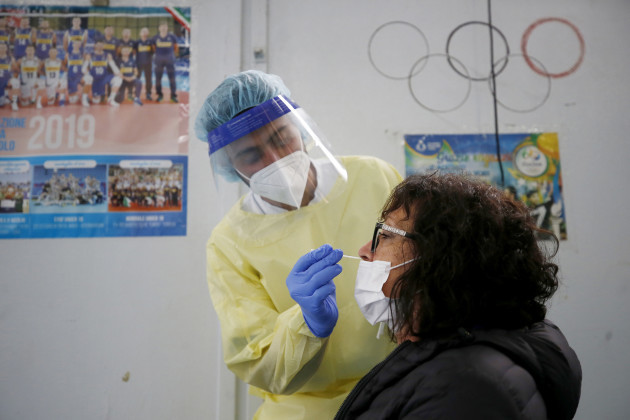 A person receiving a rapid Covid-19 test in Italy.

In Italy, once the epicentre of Covid-19 infections in Europe, the government is weighing up whether to require people to wear masks outdoors amid a nine-week increase in coronavirus infections.

Already several individual regions have imposed outdoor mask mandates in a bid to curb the rebound in infections.

On Sunday,the country reported another 2,578 Covid-19 cases, considered a cause for concern for the country.

Another 18 people died, bringing Italy’s death toll to 35,986, the second highest in Europe after the UK.

Politico reported at the weekend that the country looks set to heighten its Covid-19 restrictions.

The Italian Cabinet will meet today to discuss the possible measures, Politico reported.

This is less than half the rate in Ireland where it currently stands at 107 cases per 100,000, according to the latest data from the HPSC.

With reporting by AFP and Press Association.