As the world holds its collective breath and waits for the coronavirus to pass, spare a thought for those unsung toilers in our communities who face financial ruin thanks to the pandemic – sex workers. 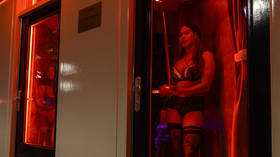 From Amsterdam to the Andes and Berlin to Bangladesh, red light districts, local brothels and street walkers across the world are facing a – sometimes literally – fatal drop-off in clientele as panic-stricken punters choose to stay locked indoors rather than risk catching a killer virus as they venture out for a quickie.

Maybe, in the interests of the social economy and public mental health, we should rethink the importance of the sex worker’s role. Should they be considered as key workers? After all they provide a public health service used by many and most, in unintentional accordance with the movement restrictions imposed in many countries, won’t be gathering in groups of more than two people anyway.

To their clients, they offer the chance of some much-needed exercise, a bit of welcome social interaction for the lonely and a chance to do something outside the home that’s not panic-buying toilet paper at the local supermarket. All important activities.

Decadent like the late Roman Empire, the West is committing suicide through its irrational response to Covid-19

While it’s not an easy question, such a proposition will attract the sneering middle classes to condemn the idea as out-of-hand anyway. But they are the same people slamming supermarket workers, builders, electricians and plumbers for “crowded tube carriages” when these poor souls have no option but to go to work and no means other than public transport to travel there.

To those of the chattering classes sitting at home pretending they’re at the office, it is suddenly the working classes who are the sole reason why the coronavirus has spread so virulently.

To them, the suggestion that alongside the doctors, nurses, police and firefighters, those in the sex industry should be classified as key workers would be outrageous.

Sure, I get it. And anyway, social distancing and rising public alarm have made the idea of exchanging bodily fluids with a total stranger pretty much the last thing on anyone’s “to do” list for now.

And for those that cannot resist the urge, they most likely find that small talk for those still toiling at ‘the world’s oldest profession’ (™ The Bible) now centers on whether the client has recently been in touch with a Covid-19 victim and used the hand sanitiser provided at reception.

Paid-for sex is certainly not what it used to be.

Curfews, shutdowns, and lock-ins have achieved, in a matter of weeks what many religions have been trying to do for centuries.

But it has come at a cost to all those on the frontline. Because whether you are a service user or not, prostitution exists in all communities, most often under the radar, and those who work in the business are someone’s sister, brother, aunt, uncle, mom or dad.

And they have been hit hard by the global economic downturn, so much so that in Bangladesh, for instance, while the red lights are switched off, the government is sending each sex worker at one 5,000-punter-a-day establishment an aid package of 30kgs of rice, $USD25, and implementing a freeze on rent until their brothel inevitably reopens.

Meanwhile, at the other end of the world economy scale in Germany, sex workers won’t benefit directly from the massive half-trillion-euro loans package the German government is making available to companies facing ruin thanks to Covid-19.

“That means, they bear all the risks themselves.”

But there could still be some sort of financial assistance because thanks to a provision in Germany’s infectious disease protection law self-employed sex workers may be able to apply for compensation.

That should make for an interesting exercise in the costs of insurance underwriting.

Elsewhere, what is a tawdry street-based trade could simply vanish as sex commuters, the lonely and the desperate find leaving the isolation of their homes more and more difficult.

Before anyone has the idea that this is romanticising the exploitation of humans to monetise sex, this is not the exercise here.

The arrival of the coronavirus could prove a salvation for some. The child prostitutes of the seedy Asian brothels may have some welcome respite from their miserable existence, those trafficked across Africa to work the motorway lay-bys of Europe and elsewhere should see a drop in demand, and those considering entering this debasing profession might just be rethinking that plan as the market all but disappears.

One thing is certain.That while sex for sale used to be as common as pizza and beer, and its purchase often given as much thought, there is nothing like a global health crisis to make us think about our close interaction with fellow humans.

Because whether it’s sneezing or sex with strangers, a virus is indsicriminate. So there’s no need to be too sniffy about sex workers. 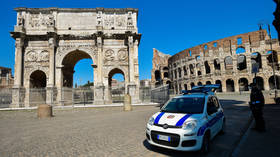