Videogames have remained one of the last media largely untouched by the toxicity of politics. Game press wants that to change – but developers know it will kill their profits. The latest pushback came from the man behind Fortnite. 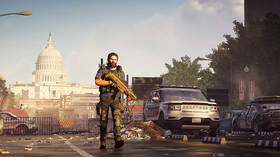 During his keynote speech at the annual D.I.C.E Summit (an annual summit hosted by the Academy of Interactive Arts & Sciences that focuses on videogames), Founder and CEO of Epic Games Tim Sweeney took the time to discuss his opinions on blatant politicking within the video game industry. The founder of the studio that gave the world Unreal, Gears of War, and Fortnite stated that game companies should take a “separation of Church and State” approach.

“I think we’re seeing a lot of controversy around political censorship of social media, pressure from foreign countries on domestic companies about discourse, and to get through that, we as companies need to divorce ourselves from politics and say that is for individuals to engage in.” He went on to say, “and we as platforms should be neutral.” After his speech, he went on to Twitter to expand on the subject, stating that “If a game tackles politics, as ‘To Kill a Mockingbird’ did as a novel, it should come from the heart of creatives and not from marketing departments seeking to capitalize on division.”

Here’s one of the key views I shared at DICE. If a game tackles politics, as To Kill a Mockingbird did as a novel, it should come from the heart of creatives and not from marketing departments seeking to capitalize on division. https://t.co/x4eARz7Yyz

This is not the first time that the soft-spoken Sweeney has spoken out against censorship or politics getting in the way of business. When Blizzard Entertainment (developers of World of Warcraft and Overwatch) suspended a professional player of their Hearthstone game over his support of Hong Kong protesters, Sweeney said, “Epic supports the rights of Fortnite players and creators to speak about politics and human rights,” then pushed back against Twitter users implying Chinese interests having a large investment in Epic.

Epic supports the rights of Fortnite players and creators to speak about politics and human rights.https://t.co/GWxDjKVjeJ

Sweeney’s statements were met with some backlash. Jeff Grubb, writer for Venturebeat, asked a rather loaded question of “Does a company operating as a neutral venue to allow customers and employees to have their beliefs mean tolerating bigots and white supremacists? Is there a line?”

I haven’t heard it myself, so I’ll wait until I get the full context. So this question is just to clarify:Does a company operating as a neutral venue to allow customers and employees to have their beliefs mean tolerating bigots and white supremacists? Is there a line?

Bob Chipman of the Escapist had some rather strong words for the Epic CEO’s statements as well, claiming that Sweeney was stating “don’t sell games on ideas” and that the statements were, “the sterile corporate speak version of ‘sure it’s fine to put The Gays in your game, but you shouldn’t tell people to buy it BECAUSE The Gays are there!’”

For all the people saying “read the whole article,” the context and follow-ups make it worse. He’s nor arguing for ‘censorship’ of any content – “but it shouldn’t be the marketing.” In other words, don’t sell games based on ideas.

He’s essentially using a lot of extra words to complain about “virtue signaling” and “woke points.” It’s the sterile corporate speak version of “sure it’s fine to put The Gays in your game, but you shouldn’t tell people to buy it BECAUSE The Gays are there!”

But unlike the game media, a lot of industry professionals share Sweeney’s worries about the effect that divisive politics can have when marketing a game to the public. Former Bosskey Studios co-founder and former Epic Games developer Cliff Blezinski lamented the pushing of his own personal politics in an Instagram post. Legendary video game writer Chris Avellone (Fallout: New Vegas, Planescape Torment, Star Wars Jedi: Fallen Order) stated in an interview with VG24/7 that, “I believe it’s possible to do apolitical games.”

In defense of the sexy: Scantily-clad videogame characters are a legitimate design choice, not ‘boner culture’

Game designer David Cage, despite some political tones in his game Detroit: Become Human stated that the game is “mostly about androids.” Ubisoft founder Yves Guillemot distanced his studio’s games from politics, as did Terry Spier from Red Storm Entertainment.

Not all game designers agree with such statements, but it’s the video game journalists that actively take issue with them. They accuse studios of pretense and claim that games are political whether developers want it or not.

But the reality is that the presence of a political situation in a game does not equal the game making a political statement – or the developer marketing said game on said statement. Whether it’s the presidency of Donald Trump, Christianity in America, the Charlottesville incident or what have you, there seems to be an expectation that games are not just commenting on the modern day, but should be commenting on the modern day. For example, Mic.com writer Jake Kleinman stated that the game Wolfenstein 2: The New Colossus was a take on Trump’s America “whether they want it to be or not.” The statement comes out to be ignorant of the fact that the potential plotline of The New Colossus was established in the previous title, and was in development before Donald Trump was elected and Charlottesville took place. A recent tweet from IGN completely misrepresented Sweeney’s stance as well.

Rising up against tyrannical forces, fighting back against evil invaders, and other such situations may be political, but only in a very loose sense. The Evil Mutant Overlord villain of a game released in 2020 will inevitably be seen as a reflection of Donald Trump – but had there been videogames in 14th century Russia, that would be Genghis Khan’s image hanging over the title. As Chris Avellone and others have stated, they are more interested in a broader, more unifying exploration of ideas. They want the player to decide for themselves what to think on the matter as opposed to forcing an opinion down their throat. They seem to want their art to remain art, not become some sort of political propaganda. 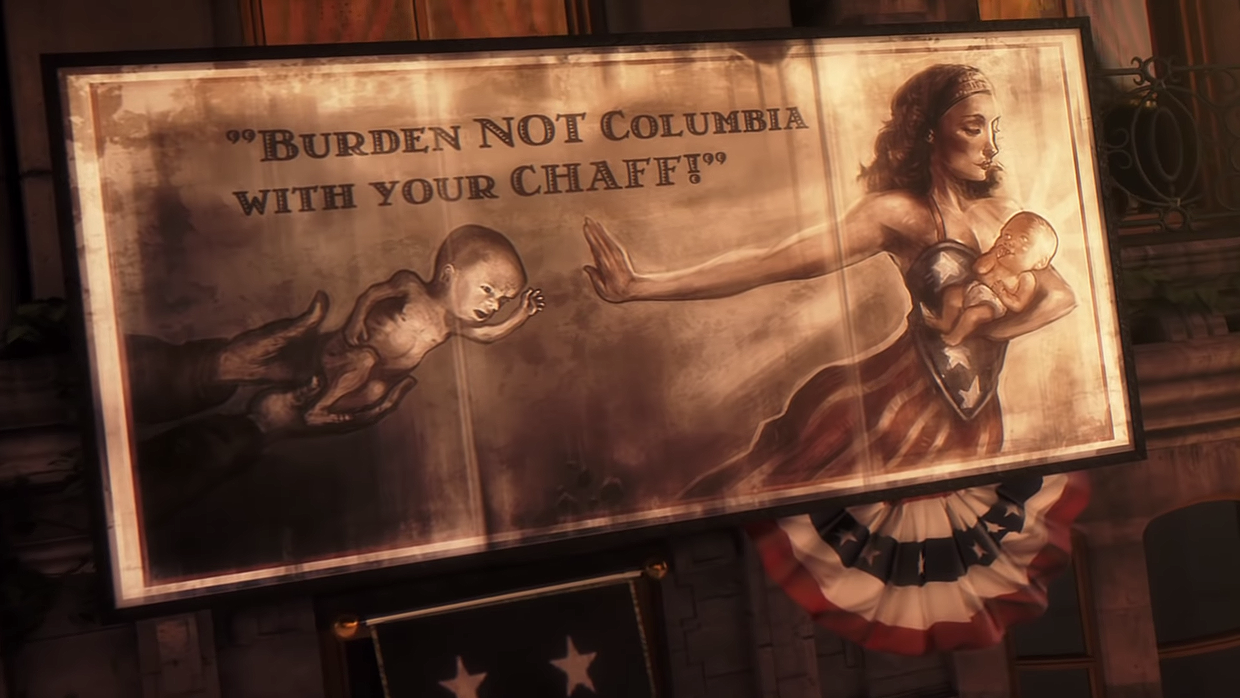 Not to mention, there is likely a desire not to date their work by miring it in modern politics. A title such as Bioshock would be a good example, given that it is a commentary on Ayn Rand’s works but gives the freedom to the player to examine and explore what’s going on.

From a marketing standpoint, these statements from Sweeney and others likely are not without prior market research. There are not many games that have thrived despite politicization of the title, especially during its marketing. EA’s Battlefield V underperformed after developers told people not to buy the game if they had an issue with the anachronistic female protagonist. Prior to the release of Mass Effect: Andromeda, then Bioware employee Manveer Heir rather infamously tried to divide the audience based on race. Compounding with the massive amount of technical issues, the game was a massive flop. Though the developers of Wolfenstein 2: The New Colossus were adamant that the game was not about Trump, a rather tasteless media campaign used reworked modern day political slogans such as Trump’s “Make America Great Again” and the violent Antifa movement’s “Punch a Nazi” to try and market the game. Each of these games underperformed in the market, and it’s not beyond the realm of possibility that the pre-release response fed into that.

The video game press seems to be strawmanning the argument from the industry members who have been outspoken about their intentions. The ultimate goal is to sell a video game to someone who desires to play it, and let them enjoy the experience without feeling like they’re getting a lecture. Though the industry likely isn’t united in thought on the subject, it wouldn’t be surprising if more people from within began to speak up about this particular topic. 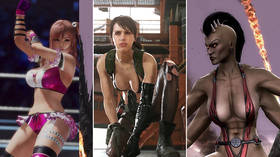