Bars in seven Californian counties have been ordered to close due to a spike in coronavirus cases.

BARS IN LOS Angeles and six other Californian counties have been ordered to close again, as parts of the United States reimpose shutdown measures to try to quell a surge in coronavirus cases.

New coronavirus cases have jumped in more than half of US states, reaching record highs after months of uneven mitigation efforts and sometimes contradictory messaging from government.

Texas and Florida have also once again cracked down, ordering bars to stop serving alcohol.

The governor of Texas, Greg Abbott, said today that the state’s battle against Covid-19 had taken “a very swift and very dangerous turn”.

Abbott had allowed businesses to start reopening in early May, but shut down bars and limited restaurant dining on Friday amid a spike in cases. 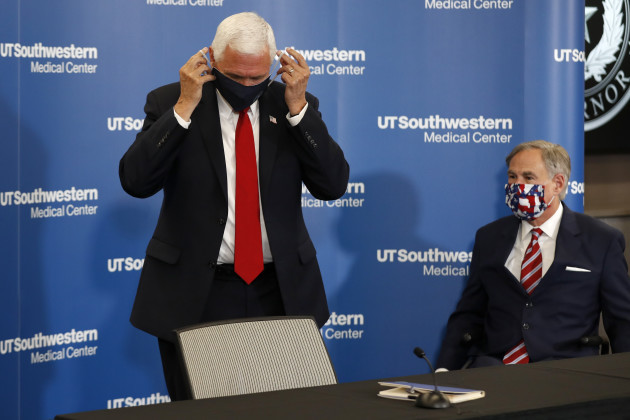 He appeared with US Vice President Mike Pence, who cut campaign events from upcoming visits to Florida and Arizona because of rising virus cases in those states.

“You flattened the curve here in Texas … but about two weeks ago something changed,” Pence said.

Pence then urged people to wear masks when unable to practice social distancing. He and Abbott wore face masks as they entered and left the room, taking them off while speaking to reporters. 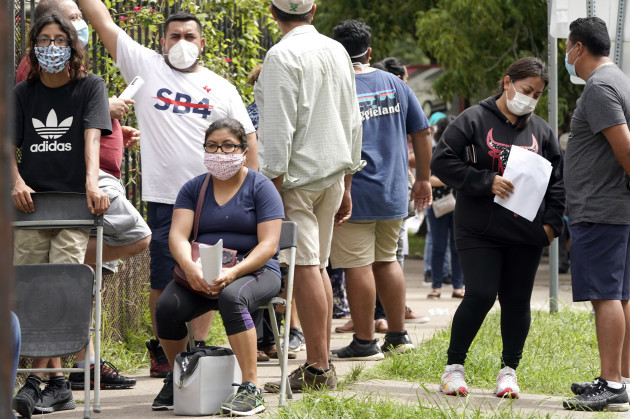 People wait in line at a free Covid-19 testing site provided by United Memorial Medical Center, at the Mexican Consulate in Houston.

Three northeastern states that made significant progress beating back the pandemic – New York, New Jersey and Connecticut – have urged visitors arriving from US hotspots such as Texas, Florida and Alabama to quarantine themselves.

New York, once the nation’s pandemic epicentre, is now “on the exact opposite end” governor Andrew Cuomo said.

During the state’s peak pandemic in April, nearly 800 people were dying every day. New York still leads the nation in Covid-19 deaths with nearly 25,000.

This latest upsurge, pushing the nation’s total of declared cases to more than 2.5 million and its death toll past 125,000, has prompted a growing chorus of calls for much tougher rules and enforcement of restrictions.

– with reporting from AFP