THE REMOTE IS our weekly look at the upcoming TV listings, featuring a range of recommendations.

We’re all at home a bit more these days, looking for something to keep us occupied and entertained.

Something to keep you informed…

The first part of RTÉ Investigates’ two-part documentary from inside St James’ Hospital during the Covid-19 pandemic was broadcast last night to great praise.

As well as doctors, nurses and other hospital workers, the documentary crew also spent time with the families of some of the patients affected by the coronavirus. The second part of Inside Ireland’s Covid Battle is on tonight.

Something to make you laugh….

Speaking of the RTÉ Player, if you happened to miss last Friday’s Comic Relief programme all of the best sketches have been put up online.

In truth, picking the ones you like the look of most is probably a better way to do it than sitting through the whole thing.

The programme raised over €5 million for charity with the Fleabag/Normal People crossover among the most popular skits of the night.

Something to get you in the mood…

In the mood to get out of the house that is, now that we can leave our respective counties.

There’s a good few new films going up on Netflix this week but perhaps The Truman Show is the one to watch.

The film is 22 years old but holds up really well in its prescience of reality TV. It’s basically Big Brother on speed before we even had Big Brother.

When’s it on? Streaming on Netflix from Wednesday

Something to watch as a family…

the call you’ve been waiting for. #BabysittersClub coming July 3! pic.twitter.com/2zxelNcHRR

A Netflix original this time is the streamer’s adaptation of classic book series The Baby-Sitters Club.

The show isn’t just a nostalgia-fest for millennial fans of the 1990s books. It’s made mainly for younger viewers and it’s been met with positive reviews ahead of its release.

When’s it on? Streaming on Netflix from Friday 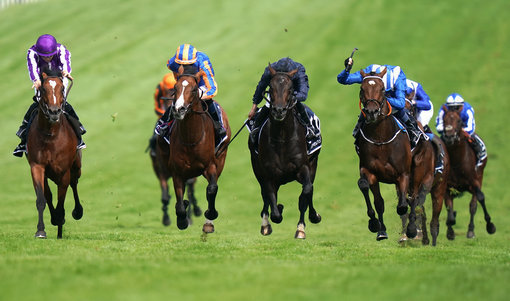 We’d usually be in the teeth of the football and hurling championships right now so we’re missing out on a lot of free-to-air sport at the moment.

Luckily, if you’re one for the classics then Virgin Media One will be showing the Epsom Derby this Saturday.

The jump-free horse race is run over one mile, four furlongs and ten yards and on an undulating course. It’s considered the most prestigious of the five British Classics.