Dan McFarland has some exciting young players in his squad.

FOLLOWING OUR STUDY of the 43-man Connacht squad and Leinster’s 48-player group, today we turn our attention towards Ulster.

Dan McFarland confirmed his 43-man senior squad back in May and will be looking towards the return of rugby next month with some excitement.

Depth will be more important than ever for the provinces as they get set to finish the 2019/20 campaign before launching almost immediately into the 2020/21 season.

Included in brackets after each player’s name is their age and number of Ulster caps in the format [age, caps]. Players have been listed by number of caps. 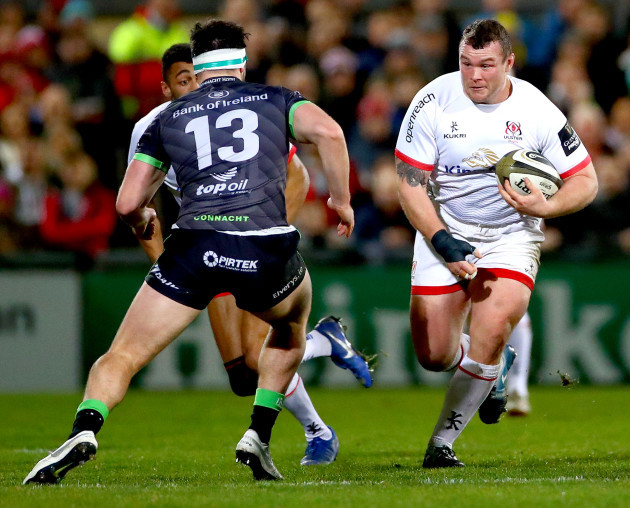 Former Lions loosehead Jack McGrath found form after his move from Leinster last summer, rebounding from a thumb injury in November to regain a place in the Ireland squad for the 2020 Six Nations.

The skillful Eric O’Sullivan continues to improve and will hope to apply more pressure on McGrath this season, while the experienced Andrew Warwick and Kyle McCall provide two homegrown Ulster options.

The retirement of Rory Best last year saw Rob Herring move into the first-choice hooker role with both Ireland and Ulster, for whom he has been an influential leader in recent years.

Herring is relishing the starting opportunities for province and country, though his international involvement will mean Ulster’s depth will be tested at hooker.

27-year-old John Andrew got just one start last season and will be battling with the abrasive 23-year-old Adam McBurney for minutes in the number two shirt if and when Herring is away. 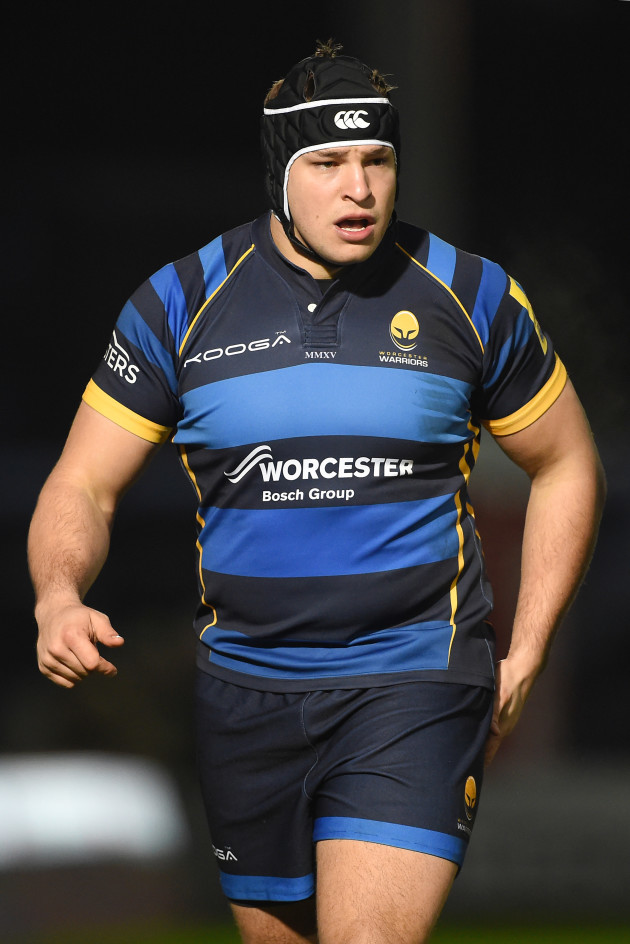 Gareth Milasinovich missed all of last season through injury.

10-times capped Ireland international Marty Moore has been atop the tighthead pecking order since his move from Wasps in 2018 and will be hoping to impress national team boss Andy Farrell.

Ross Kane didn’t get a start at tighthead last season but has shown his dynamism in the past, while it will be fascinating to see how Gareth Milasinovich fares after his first season with the province was ended before it even started due to an ACL injury. Formerly of Worcester Warriors, the 130kg South Africa native is Irish-qualified.

Having moved into the role of Ulster captain last season, 28-year-old Iain Henderson is more important than ever to the province and will hope ongoing strong form in the white jersey can see him continue to add to his 55 Ireland caps.

Experienced Aussie Sam Carter was signed from the Brumbies last summer and suffered a shoulder injury in November just as he was getting going. Himself and Henderson would provide a strong second row pairing when fit and available.

Having reached the 100-cap milestone with Ulster last season, Alan O’Connor has become a central member of the set-up and showed up very well in 2019/20 as his handling and decision-making skills improved to go along with his aggression.

Younger brother David was a relative latecomer to professional rugby after impressing in the AIL and will be aiming to add to his seven Ulster caps.

Meanwhile, Ireland-capped Kieran Treadwell is still only 24 and possesses the kind of dynamism that other locks would love to have. Ulster will challenge him to deliver more consistently and nail down the nuts-and-bolts of lock play to match that athleticism around the pitch. 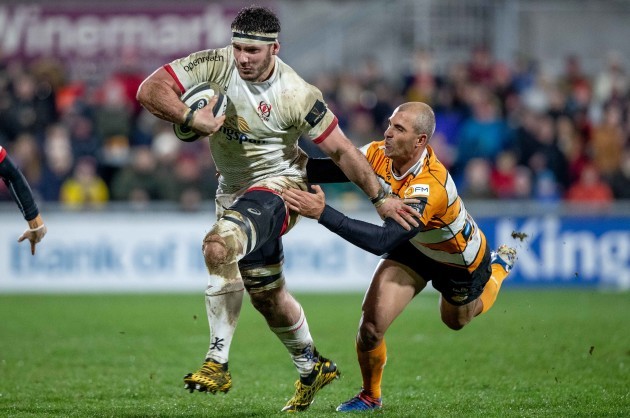 Marcell Coetzee has been superb for Ulster in recent times.

Marcell Coetzee has been a sensation in the back row for Ulster over the last two seasons, largely putting his injury nightmares behind him and showing the quality that the northern province had been sure he could deliver.

That said, he was unlucky to miss last year’s World Cup after a badly-timed injury, while Ulster will be hoping the reformatted Rugby Championship this November and December doesn’t deprive them of Coetzee’s services at a crucial juncture.

Jordi Murphy has become a key player since joining from Leinster in 2018 and he will head into this season determined to force his way back into the Ireland squad. Coetzee and Murphy are obvious starters for the biggest Ulster games.

31-year-old Sean Reidy, the hard-nosed stalwart of the back row, has adapted to the blindside flank well since Murphy’s arrival but others will be eyeing that spot. The challenge for Matty Rea is to be consistent after getting his second Champions Cup start last season.

The quietly effective and skillful Greg Jones covers the blindside and number eight, while the hard-running and hard-working Nick Timoney can play across the three back row positions. 22-year-old Marcus Rea, the younger brother of Matty, will be hoping for his first senior start in the season ahead.

John Cooney’s form with Ulster over the last couple of seasons has truly outstanding and he pushed Conor Murray close for Ireland starts during this year’s Six Nations.

With the 30-year-old set to be away on Ireland duty plenty during the upcoming campaign, the signing of the highly-experienced and still-very-fit Alby Mathewson seems a clever bit of business. As he showed at Munster, where he also pushed Murray for starts, Mathewson still has plenty of good rugby left in him.

David Shanahan’s superb support running make him a constant try-scoring threat when he’s on the pitch, while former Ireland U20 scrum-half Johnny Stewart provides another option. 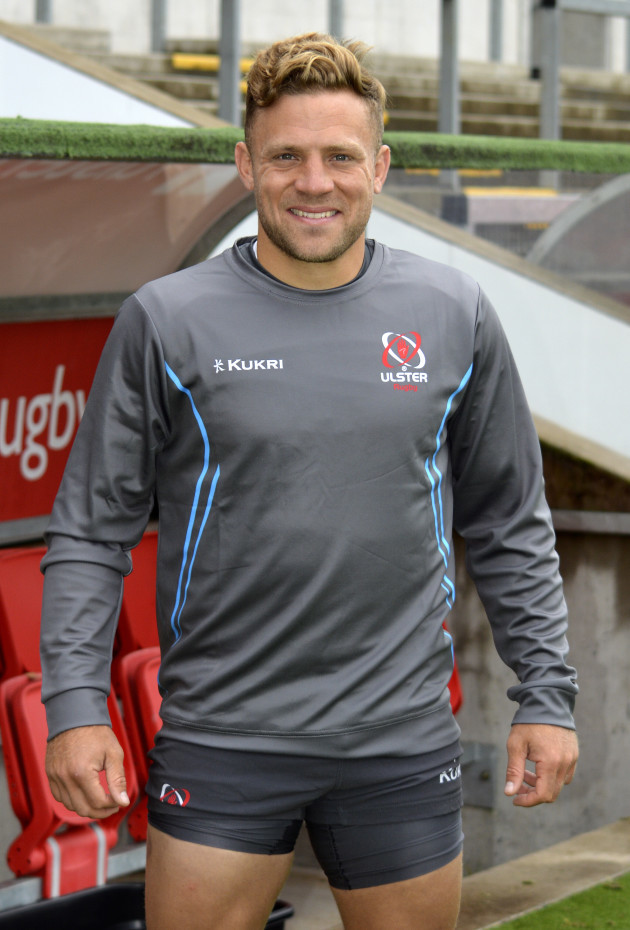 Ian Madigan is back in Irish rugby.

26-year-old Billy Burns has quietly gone about becoming an important player for Ulster since joining from Gloucester in 2018, with his attacking kicking a clear strength in his game and his management of the team improving all the time.

He worked his way into the Ireland squad for this year’s Six Nations but McFarland will hope to see 23-year-old Bill Johnston and the experienced Ian Madigan apply pressure for the number 10 shirt in the new season.

Madigan’s return to Irish rugby from Bristol will be intriguing and his ability to play at out-half, inside centre, and fullback is potentially very useful. McFarland will hope he and Mathewson are good mentors for younger players too.

Ex-Munster man Johnston grew into his first season with Ulster in 2019/20, improving with game time and earning his first two Champions Cup caps, while midfielder Angus Curtis is another option for the province at out-half.

Similarly, fullback Michael Lowry can also play at number 10 and is certainly in the Damian McKenzie mould of providing game-breaking quality from either position.

Stuart McCloskey is a crucial figure for McFarland’s side, with his power, offloading and passing skills, choke-tackling and jackaling making him a threat on both sides of the ball.

The experienced and intelligent Luke Marshall is an underrated midfield partner for McCloskey and provides ever-growing leadership in the Ulster squad.

There is real potential in the crop of young midfielders behind the established pair. Curtis is a clever playmaker who covers out-half too, while the powerful James Hume picks excellent lines and has sharp offloading skills.

Academy graduate Stewart Moore is one for Irish rugby to watch. He looks like a potentially complete centre who could offer a genuine run/pass/kick triple threat. A daring, classy offload on his debut against Leinster last December hints at the 20-year-old being comfortable with stepping up. 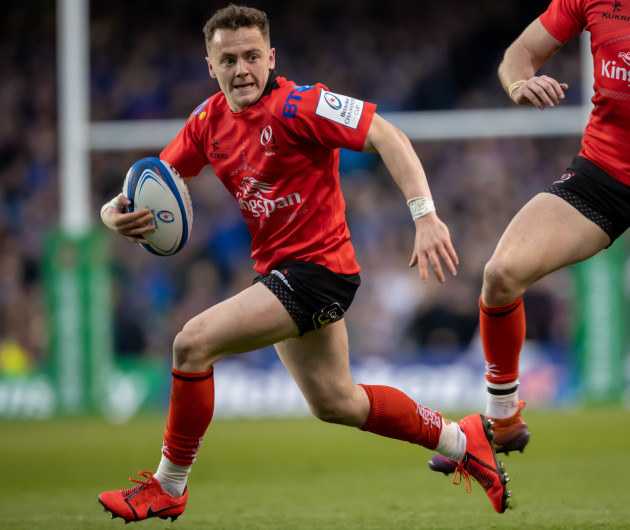 Michael Lowry is a talented playmaker.

The versatile Will Addison is the obvious starter at fullback if he can stay fit and Ireland boss Farrell will also be hoping that’s the case when rugby returns.

The aforementioned Lowry is another exciting option in the number 15 shirt with his ability to break defences and create opportunities for others. Matt Faddes is versatile and very quick when fully fit, covering fullback, 13, and the wings. The dependable and tough Louis Ludik has major experience across the back three but primarily featured on the wing last season.

Addison’s fellow international, Jacob Stockdale, is the clear first-choice on the left wing and will only continue to improve, while he can play 15 too. The battle for the third spot in Ulster’s frontline back three will be interesting.

Robert Baloucoune makes strong defensive reads, has explosive athletic qualities, and trained with Ireland last year – a recognition of his ability – and McFarland will certainly hope to see the ever-improving Enniskillen man move onto a new level this season.

23-year-old Rob Lyttle is a creative finisher and regularly beats defenders but will be working hard on his consistency and decision-making in defence. Ludik ended up starting three Champions Cup games out wide last season and is excellent in the air and in contact.

The most-capped Ulster player of the back three contingent is Craig Gilroy, who has undoubted finishing prowess and searing pace but has been learning the ropes of Ulster’s refreshed defensive system in recent seasons.

Ulster’s academy includes a handful of players who have already made senior debuts for the province in out-half Bruce Houston, number eight Azur Allison, and wing/fullback Ethan McIlroy.

Back row Dave McCann, this year’s Ireland U20s captain, will be hoping to get Pro14 exposure, while there are big hopes for the likes of lightning-quick Year 2 wing Aaron Sexton and dynamic centre Hayden Hyde, among others.