Detective Garda Colm Horkan died after he was shot on duty in Castlerea.

LOCALS IN CASTLEREA have spoken of their shock after a detective garda was shot and killed in the Roscommon town overnight.

Detective Garda Colm Horkan died after he was shot on duty. It is believed that his official firearm was taken from him during the incident and he was shot with it.

Locals have been telling of their deep shock when they woke to the news that the popular and well-known garda had died in such a violent manner.

Patrick Gillooly told TheJournal.ie that he was in the town when the incident occurred and heard the commotion.

“I was down at the Pass machine [ATM] when it happened. I heard the five shots but didn’t realise anyone had been shot. I thought it was fireworks.

“I seen two people fighting, then someone shouted “what are you at” then five shots went off. I thought fireworks were going off. Then I heard someone is after being shot. I could see nothing. I didn’t realise there was a guard involved at all. I am shocked, really shocked this morning when I turned on the radio to hear it was a detective.”

Liam Scahill is also from Castlerea and knew the detective well. He described being sick to his stomach when he heard the news.

He said: “We are just horrified, there is a hole in our stomachs since we’ve heard it. It’s 40 years since the last time this happened. It’s horrific, there are no words to describe it. It shouldn’t happen here.

“I just heard this morning and you have to pinch yourself to see if this is true. It’s not a violent town. This doesn’t happen in Castlerea.” 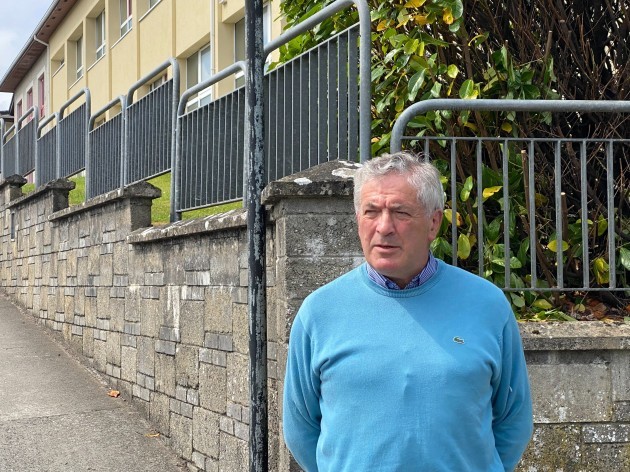 Everyone knew him. He was a very approachable member around town and an absolute gentleman. He did it a good job and knew all the locals and was well up for the banter between Mayo and Roscommon. He was originally a Mayo man from Charlestown. It’s horrific. When you know the people involved, it’s horrific. There are no words to describe their loss.

“Our thoughts go to the family and gardaí- their loss is colossal.”

Local Castlerea publican Ollie Hester said he and others in the town are in a “deep state of shock and sadness”.

“He was such a lovely man and so well respected in the community here. He was an absolute gentleman. No one in the town can get over what has happened to him.”

“He was stationed in Castlerea and was only made a detective recently so he had the world at his feet.”

“Just a few weeks ago, he had gone to help my elderly mother and he called up to her house because she was having trouble with her house alarm.

“I told her the news this morning and she was absolutely heartbroken and devastated. She is just distraught as we were only speaking about how nice he was the other day.”

Detective Garda Horkan was a member of the local Charlestown GAA club and was described as being “a hugely popular figure among colleagues and in GAA circles”.

“He was always regarded as a go-to man in Charlestown GAA,” said Garda Representive Association president Jim Mulligan. “Nothing was too big or too small a request for him”.

“Colm was a gentleman known for his kindness and commitment to helping other people. He died protecting his community and serving his country.”

One man has been arrested in connection with the investigation and is currently being detained in Castlerea Garda Station.