ASTRONOMERS HAVE OBSERVED a “monster star” mysteriously disappearing into darkness in a nearby galaxy.

Located more than 70 million light-years away in the constellation of Aquarius, this star is part of the Kinman Dwarf galaxy.

Scientists are not sure why the star can no longer be seen but believe there may be two possible explanations.

The first is that the star may have become less luminous and is being partially obscured by dust, and the second, more intriguing, suggestion is that the star collapsed into a black hole without exploding as a bright supernova.

Andrew Allan, a PhD student at Trinity College Dublin, who led the research, said if the star indeed collapsed and mysteriously vanished, “this would be the first direct detection of such a monster star ending its life in this manner”.

He added: “It would be highly unusual for such a massive star to disappear without producing a bright supernova explosion.”

At 75 million light-years away, it is too far away for astronomers to see but the researchers were able to confirm the star’s presence by examining the data that revealed its unique chemical signature.

They said that, between 2001 and 2011, scientists found evidence of a “luminous blue variable” star which is 2.5 million times brighter than the Sun. 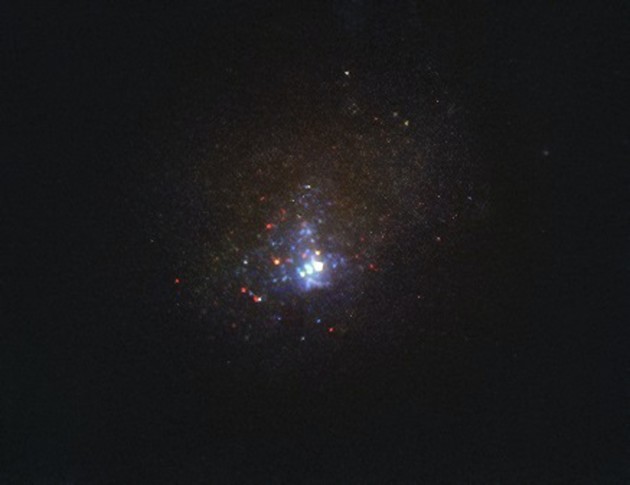 Luminous blue variables are unstable stars prone to giant outbursts over the course of their life.

However, in 2019, the astronomers could no longer find the telltale signatures of the star.

Allan said: “We were surprised to find out that the star had disappeared!”

Jose Groh, also of Trinity College Dublin and one of the study authors, said: “We may have detected one of the most massive stars of the local universe going gently into the night.”

The researchers said further studies are needed to understand what happened to the star.

They said that if the star collapsed into a black hole without producing a supernova explosion, it would be “a rare event”, as “our current understanding of how massive stars die points to most of them ending their lives in a supernova”.