Caoimhín de Barra looks at the dual US voting system and says the electoral college has the potential to cause major upheaval now and in future.

AN AMERICAN PRESIDENTIAL election year brings with it many things. One of them is a renewed debate about the electoral college.

As an immigrant living in the United States for fourteen years, I have found the arguments in favour of it unimpressive.

The electoral college reflects the federal nature of the United States, allowing small states to punch above their weight.

Small states already have political equality with large states in the allocation of Senate seats. Why must this be further amplified with outsized influence in choosing a president?

The Founding Fathers believed it was the best way to elect a president.

So what? They were fallible men, not gods. Many of them also believed in slavery. Indeed, they changed their own system in 1804 when they found that letting the runner-up become vice president didn’t work as they intended.

The electoral college protects the minority against the “tyranny of the majority.”

Protecting the rights of minorities is vital in any liberal democratic society. It is done by constitutionally enshrining these rights and through the existence of local and state governments.

A pointless mirage. Very few people (the current president excepted) view the size of an electoral college victory as having any importance. The electoral college forces candidates to appeal to “a wide range of voters.”

Given the intense focus on swing states, this is debatable at best. But the same would also be true of a system that chose the president by popular vote. Without the electoral college system, candidates could just focus on winning a few cities (or two states) to win a majority.

Nonsense. The combined population of the twenty largest cities in the United States is under ten per cent of the national population. Clearly a candidate would need to do more than win in the biggest cities to become president.

None of these arguments can compensate for the fact that the electoral college effectively disenfranchises millions of Americans by ensuring that Republican votes in safely blue states and Democratic votes in safely red states don’t count.

No wonder only about sixty per cent of eligible voters have bothered participating in presidential elections.

Up until 2016, however, one might argue that the electoral college had functioned reasonably well, in spite of its drawbacks.

But the ascent of Donald Trump as president has exposed the lethal flaw in the system, one which has the potential to create violent upheaval in the future.

The origins of the problem can be found in the eighteenth century when the foundations of the modern western government were laid by the onset of the American and French Revolutions.

We might paradoxically call what happened in North America a conservative revolution. Many American revolutionaries were not trying to create a new world order, but rather to recreate what they believed had been a perfect British political system before it had been destroyed by the tyranny of George III.

This meant ensuring a proper balance between royal (or executive) authority and the representatives of the people. It meant identifying rights that people should always have and protecting them across time in a written code. In this sense, the American constitution can be seen as an upgraded version of the Magna Carta.

What the American Founding Fathers were not trying to do was to create a democratic system of government as we know it today.

In contrast, the French Revolution saw the implementation of a much more radical political system, in which the “general will” of the people was to be the guiding principle of government. Democratic majorities were to be the only legitimate source of sovereign authority.

Over time, this spirit of democracy increasingly infiltrated the American political system.

Senators, once selected by state legislatures, have been directly elected since 1913. Over two thousand state referendums, polling citizens on a variety of issues, have been held since the early twentieth century.

The electoral college itself has not been immune. The constitution left it up to states to decide how they chose their electors. Initially, most state legislatures picked their own electors, without any public consultation.

It was not until 1820 that a clear majority of states used a popular vote to select electors and the universal adoption of this system in all states was not achieved until 1864.

As a result, there is often tension between how the political system was designed, and how American citizens want it to operate. At times it is like an old computer trying to run up-to-date software that it is incompatible with. 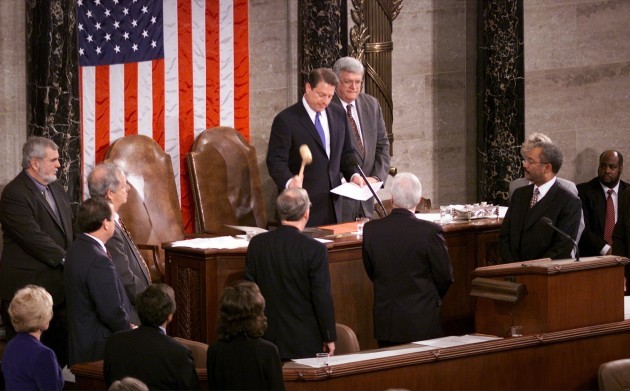 The biggest problem with the electoral college in the twenty-first century is one of legitimacy. In democratic societies, the person with the most votes in an election is, in almost every circumstance, the winner.

But the electoral college makes it possible to have an election with two “legitimate” winners: the winner of the most electoral votes, and the person chosen by the majority of American voters.

The Trump presidency has weakened the standing of the electoral college, not because Trump was elected despite losing the popular vote, but because his time in office has marked a nadir in American history for the jettisoning of democratic norms and values in the pursuit of power.

What if it was Trump, and not Clinton, who had won the popular vote but not the electoral college in 2016?

What if some future politician wins the popular vote after being defeated in the electoral college and, insisting they are the legitimate president, calls on their supporters to take to the streets?

In a highly-polarised, heavily-armed society like the United States, the dangers of such a political development should be obvious to all.

American exceptionalism once encouraged people to believe that the circumstances that could lead to the destruction of democratic government “could never happen here.”

The recent history of the United States should have disabused most of this notion.

The electoral college is a ticking time bomb. It needs to be defused.

Caoimhín De Barra is an assistant professor of history at Gonzaga University, Washington.