The United Kingdom Internal Market Bill will undergo further scrutiny in the House of Lords after clearing the Commons. 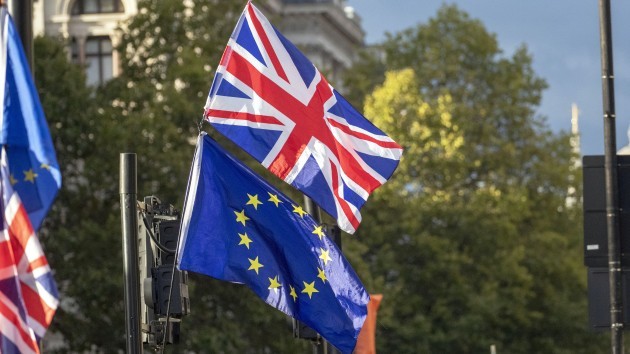 MPs voted 340 to 256, majority 84, in favour of the United Kingdom Internal Market Bill,  despite warnings that the “law-breaking” legislation threatens UK unity and the country’s global reputation.

Ministers have defended powers contained in the legislation, which gives them the opportunity to override the Brexit divorce deal.

They argue such powers are needed to protect the relationship between Great Britain and Northern Ireland, amid concerns in Westminster that Brussels could seek to disrupt food goods travelling from Britain to Northern Ireland as part of trade talks.

The UK Government was forced to compromise earlier in the Bill’s passage in the face of a Tory backbench rebellion, which resulted in changes to give MPs a vote before ministers can use the powers which would breach the Withdrawal Agreement brokered with Brussels last year.

Opposition MPs have warned it will give the UK Government the chance to stray into matters which are devolved in Scotland, Wales and Northern Ireland, branding it an “attack” on devolution.

Business Secretary Alok Sharma told MPs: “Our approach will give businesses the regulatory clarity and certainty they want.

“It will ensure the cost of doing business in the UK stays as low as possible, and it’ll do so without damaging and costly regulatory barriers emerging between the different parts of the United Kingdom.”

Meanwhile, the final round of post-Brexit trade talks began today, with negotiators from the British and EU sides meeting in Brussels to try to hammer out the final details of a plan to get the bare bones of a trade deal agreed before the end of next month.

The schedule for talks this week shows that the three main obstacles are still taking up the most time in negotiations: the level-playing field, governance issues and fisheries.

“There were small advances after the 6th or 7th Round, but still the ideological is absolutely at odds with what was agreed in the political declaration and that’s still a massive concern and it doesn’t seem to be shifting,” Fine Gael TD Neale Richmond said.

Other topics to be discussed this week include energy, trade in goods and services, and law enforcement and judicial cooperation.

On the controversial bill that MPs have just voted through – and which threatens to overwrite elements of the Withdrawal Agreement relating to Northern Ireland – Neale Richmond refereed to a comparison of a “loaded revolver” on the negotiation table.

The UK had originally argued that the Bill protects the peace process in Northern Ireland. But after the Irish government came out to refute that claim, the UK government is arguing that it is only a last resort if the EU doesn’t act in good faith.

UK Prime Minister Johnson argues it will provide a “safety net” against what he claimed are EU threats to impose tariffs on UK internal trade, and carry out customs checks on goods going from Great Britain to Northern Ireland (what Johnson calls a blockade).

Although the EU wants all three offending Clauses in the Bill removed by tomorrow, Richmond says that this hasn’t changed ongoing trade negotiations, which will continue all this week.

But he added that the EU will pursue “all legal options” if needs be.