‘We apologise unreservedly for any offence we have unintentionally been party to,’ the company said.

UMBRO HAVE ISSUED a statement in relation to the new away kit produced by the company for Belfast football club Linfield.

Parallels have been drawn between the purple and orange kit, which was unveiled last week, and the colours used by the Ulster Volunteer Force (UVF) loyalist paramilitary group.

Linfield vehemently dismissed suggestions of a link, insisting that “any similarity, likeness, resemblance with any other design used by any other entity is totally coincidental and entirely unintentional.”

The club’s kit manufacturer and sponsor has now released a statement of its own. While apologising for the role it played, the company says it took its lead from the Northern Irish Premiership champions during the production of the kit.

The statement reads: “At Umbro we believe in the unifying and democratic power of football. This is why we are opposed to all forms of discrimination, discriminatory behaviour and violence.

“Kit designs are a collaborative process and this kit was based purely on guidance from the club. We apologise unreservedly for any offence we have unintentionally been party to.

“Furthermore there will be no promotion of this product on any Umbro channels.” 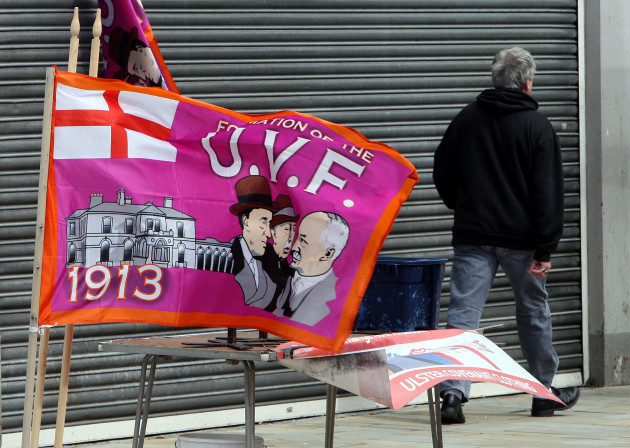 Linfield, whose support is drawn traditionally from the unionist community, is Northern Ireland’s most successful football club, having won 53 league titles and 43 Irish Cups.

“Linfield FC is totally opposed to all forms of bigotry, prejudice, violence and discrimination,” the club added in its statement on Friday.