The figure is by far the highest in the world.

THE DEATH TOLL from coronavirus in the US has reached 150,000 – by the far the highest in the world, according to the tally kept by Johns Hopkins University.

The bleak milestone comes amid signs that the nation’s outbreak is beginning to stabilise in the Sun Belt but heating up in the Mid-west, fuelled largely by young adults who are visiting bars, restaurants and gyms again.

The surge has been accompanied by a burgeoning outbreak of misinformation and conspiracy theories about supposed cures and the effectiveness of masks.

Johns Hopkins put the nation’s confirmed infections at nearly 4.4 million, also the highest in the world, though the real numbers in the US and around the globe are believed to be higher because of limits on testing and the many mild cases that have gone undetected or unreported.

The Trump administration has faced repeated criticism for its handling of the Covid-19 pandemic.

Earlier today, Trump issued a strong defence of the disproved use of hydroxychloroquine as a coronavirus treatment, hours after social media companies deleted videos he shared promoting its use which they saw as potentially harmful. 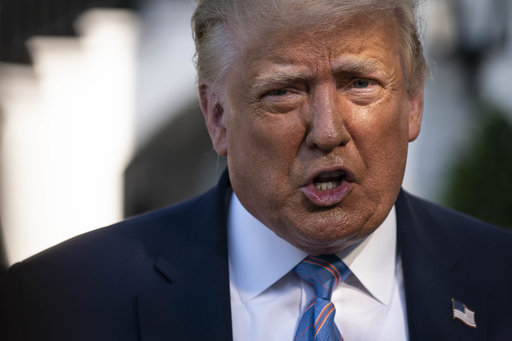 Donald Trump’s administration has faced repeated criticism for its handling of the pandemic.

Trump defended his decision to promote a viral video of a group of doctors promoting the use of the drug on Monday, even though his own administration withdrew emergency authorisation for its use against the coronavirus.

“There was a woman who was spectacular in her statements about it.”

Trump has also repeatedly clashed with Dr Fauci, a leading member of the White House coronavirus task force. Fauci has become an off-and-on target of Mr Trump and some of his White House aides and outside allies, who disagreed with the doctor’s early recommendation to shut down the economy as a way to slow the virus, which is surging again in parts of the country.

Yesterday, Fauci said he would deal with the attacks by keeping his head down and doing his job.