Even the departure of big names could not derail the Ballyhale Shamrocks winning hurling machine.

A month later they were hit by the news that their young attacker Adrian Mullen had torn his cruciate while on league duty for Kilkenny.

That was February’s setback, then came the March news that GAA activity was suspended across the board.

As uncertainty continued to dominate, Michael Fennelly decided in late May to pull the plug on a glittering career after being hit hard with injuries.

The absences were mounting up. The club icon who had presided over a winning run that encompassed the county, provincial and national series. The richly promising forward who was Young Hurler of the Year in 2019.  And the centre-back powerhouse of late, who was All-Ireland club winning captain last year and midfield general for over a decade before that.

If the outlook was viewed as unclear, it’s striking then to have had their Kilkenny season conclude in such a bright fashion yesterday. Collecting the Tom Walsh Cup is nothing new for their community in the south of the county, this was their 18th success and leaves them just two shy of the long-time market leaders Tullaroan.

But amidst a backdrop of such turbulence on and off the pitch this year, to enjoy their biggest ever winning margin in a final – 21 points to spare over a beleaguered Dicksboro team – is a remarkable feat.

It is confirmation of the club’s staying power and endless capacity deliver victorious teams. As a measure of that, take their recent All-Ireland winning sides. From 2007 only TJ and Eoin Reid, and Mark Aylward featured yesterday. Joey Holden and Colin Fennelly joined them to share in the 2010 success.

Even a more recent victory secured on St Patrick’s Day 2015 contained only seven players that played in the 2020 triumph – the above quintet along with Conor Walsh and Richie Reid, then goalkeeper and now captain leading the charge from centre-back.

The Ballyhale production lines are clearly in strong working order. That helps them cope with the challenges they are presented with. Early league form did not see them fly high with a draw against Tullaroan on the last day of July and a loss to O’Loughlin Gaels on the first Friday of August.

Then they caught fire with a league win over Danesort before hitting full speed in the championship proper as they crushed Rower-Inistioge and Clara, survived a mammoth test from James Stephens in the semi-final andswept past Dicksboro yesterday.

Consider their last five victory margins (12, 38, 19, 1 and 22) and their corresponding scoring totals (3-22, 4-34, 4-18, 3-22 and 5-19). The team clearly does not lack firepower. The golden standards set by TJ Reid and Colin Fennelly show no signs of slipping. Brian and Eoin Cody are emerging really strongly while Eoin Reid endures as a forward of class on the club scene. Mullen was on the bench for the first time yesterday following his injury recuperation, a nice selection headache for down the line. 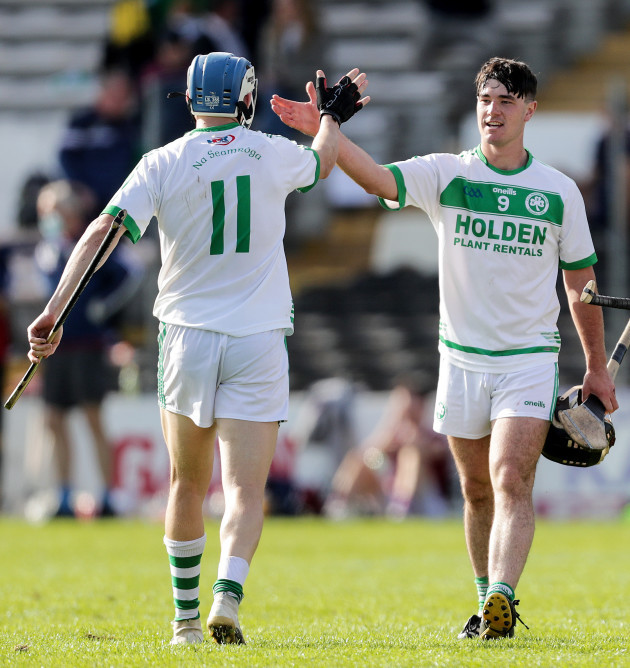 TJ Reid celebrates at the final whistle with Ronan Corcoran.

The scale of their victories points to a resolute rearguard as well. Remove the 1-27 James Stephens chalked up and their recent concession totals read 1-16, 0-8, 0-11 and 1-10. Richie Reid joined in the Portlaoise celebrations, via FaceTime from Lebanon where he was on peacekeeping duty, for last December’s Leinster final. Now he is captain and has slotted in at number six to fill the defensive void left by Fennelly.

The team’s drive could be captured in the 2-7 to 0-2 advantage they manufactured in the opening period yesterday or the four goals they crashed past Clara inside the opening nine minutes of their quarter-final.

And their new supremo on the sideline has continued to knit thoese elements together.

“To be stepping into the shoes of Henry Shefflin was a massive task,” admitted James O’Connor after yesterday’s game as he reflected on his debut campaign in charge.

After withstanding that ferocious James Stephens battle, O’Connor revealed he had sounded out Shefflin for advice before the decider. But the new manager came armed with fine credentials himself. A Lismore native who has spent time on the Waterford club scene, he has also orchestrated success over the border in East Cork. He fashioned an improbable Cork senior title win for Carrigtowhill back in 2011. In January he took Fr O’Neill’s to an All-Ireland intermediate final where they were pipped by Tullaroan, that same team yesterday booking a spot in next Sunday’s Cork senior A decider. 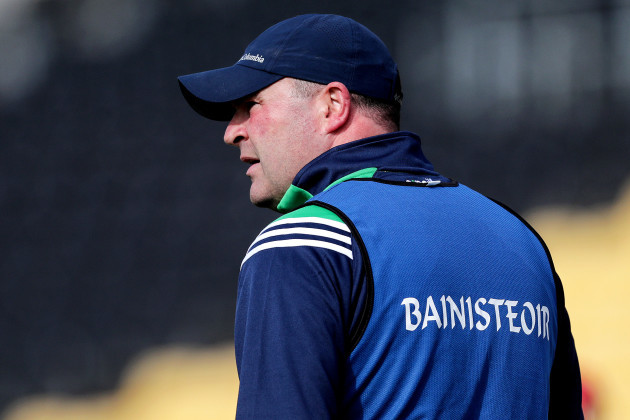 O’Connor did his work on the training ground, the players thrived on the pitch. The trio of Shefflin, Fennelly and Mullen have been at the core of so much of their success over the past few seasons.

Not many club teams could cope with those losses but the Ballyhale Shamrocks winning machine just keeps rolling on.