“Fine Gael’s distinct identity will be irreparably jeopardised by entering government with Fianna Fáil and the Green Party,” it said. 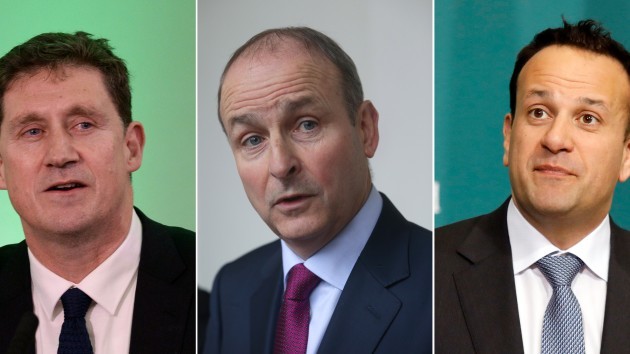 THE YOUTH WING of Fine Gael will vote against the Programme for Government between Fine Gael, Fianna Fáil and the Green Party.

It comes as the Taoiseach and Fine Gael leader Leo Varadkar warned of a “political crisis” if the membership of the three parties fail to endorse the programme for government deal.

In a statement, the youth wing of Fine Gael said it would not be voting for the deal.

It said: “Fine Gael in Government over the last nine years have made transformative progress in this country economically and socially.

“As a party we believe Fine Gael is at its best when it governs responsibly and genuinely seeks a Republic built on equality and opportunity rather than equality of outcomes.

“It is our members’ view that these values and Fine Gael’s distinct identity will be irreparably jeopardised by entering government with Fianna Fail and the Green Party.”

It added that such a government would “strengthen the position of Sinn Féin in a future election” which had the potential to undo “all Fine Gael’s prudent governance and progress”.

The youth wing of Fine Gael will vote against the programme for Government.

Ógra Fianna Fáil said they cannot “reconcile the neglect the country has endured under Fine Gael in government” but will respect members’s views. https://t.co/11WmLinu5J

The youth wing of Fianna Fail (Ógra Fianna Fáil) said it campaigned during the election to not enter Government with Fine Gael but it will respect the views of members.

It said in a statement: “We cannot reconcile the neglect the country has endured under Fine Gael in government.

“We fought and campaigned hard to remove them from office in this year’s general election.

“As a democratic organisation we respect and have acted on the vote taken by our members on 29 February.

“I am confident that our members will debate the matter respectfully and with due diligence.

“We will respect and accept the result of the membership vote on this Programme for Government.”

The three parties will spend the next nine days persuading their respective memberships to back a deal to form a new coalition government.

Varadkar, Micheál Martin and Eamon Ryan finalised the deal to form a coalition government on Monday, more than four months on from February’s inconclusive general election.

The deal, which came after almost two months of negotiations between the parties, will now be put to their respective memberships for approval but each party has different rules.

The Green Party requires two-thirds support from its 2,700 members, a higher amount than the other parties, which means a deal could yet be scuppered as some grassroots Green Party members have expressed concerns about going into a coalition with two large centre-right parties.

Fianna Fail needs a simple majority of its more than 15,000 members.

Fine Gael has an electoral college system which gives greater weight to its TDs, senators and councillors than the party membership.

If the deal is passed by the various memberships, it is expected that a new government will be in place for the end of June or the first week of July.